Share All sharing options for: Nintendo boss Iwata on Wii Fit U and taking the stairs to his office

A new Iwata Asks transcript has been released in which Nintendo's president Satoru Iwata talks to colleagues about Wii Fit U and its Fit Meter, while also offering a little insight into his own attempts to stay healthy.

Wii Fit U, due to be launched in full this week, allows players to exercise using the Wii U Balance Board and / or the Wii U GamePad. It also comes with a Fit Meter, a portable device, manufactured by Panasonic, that users can wear throughout the day, so that their non-Wii U exercises, including day-to-day activities like housework or climbing stairs, can be uploaded to Wii Fit U and incorporated into its calculations.

Wii Fit U has been available as a free demo on Wii U since November. The full package goes on sale this week, including the Fit Meter, for $19.99.

Iwata revealed that he tries to stay fit by using the stairs to his office. "I try to use the stairs at lunch, but climbing to the seventh floor without using the elevator is pretty hard," he said. 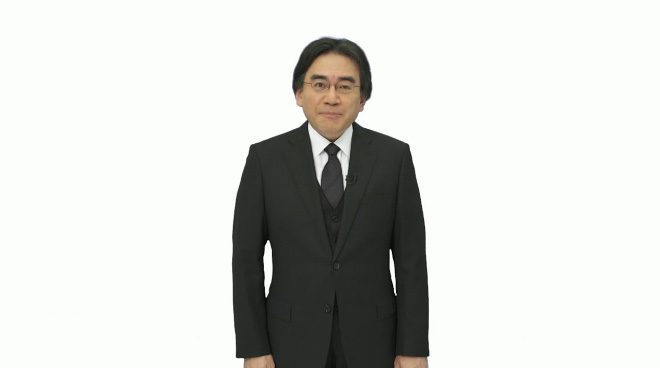 Tadaharu Kitado, a senior engineer at Panasonic, explained how the Fit Meter is different to a pedometer. "A pedometer uses an accelerometer to detect swaying of the body to measure things like approximate number of steps taken and one day's amount of activity," he said. "On the other hand, an activity meter has the same accelerometer, but aside from walking, it measures all kinds of daily activities like housework and movements around the workplace to measure the calories burned.

The panel talked about how the device was tested, and how it can also calculate effort based on atmospheric pressure, as someone exercising on a mountainside will expend more effort than someone at sea-level.

Iwata also enjoyed making comparisons between Nintendo and Panasonic's different cultures, and how the two companies came together to work on the project. "Without this encounter, Wii Fit U would not have turned out this way, and the Fit Meter wouldn't have turned out to be that different from conventional activity meters already out on the market," he said.