The Novelist captures the quiet heartbreaks of family life.

The Novelist is a quiet, contemplative game that got under my skin.

While it arrives on the heels of other notable non-combat, story-based games, it still manages to feel fresh and emotionally resonant. This is thanks to sincere, realistic writing and an inspired approach to player choice, which has you picking sides and making difficult compromises in the context of family conflicts.

The Novelist puts you in the ghostly shoes of a disembodied spirit, following the actions of a family of three during one 1970s-era summer in a coastal vacation home. By day, you explore the house and avoid the attention of the living inhabitants, possessing light fixtures and generally trying to remain unseen. By night, you are free to look around without fear of spooking anyone, and ghostly journal entries appear, detailing the lives of previous inhabitants.

Gameplay is simple, and reflects other non-combat games — you piece together bits of story from environmental cues, written notes, drawings and other clues. But The Novelist goes one better, requiring you to continually "possess" the members of the Kaplan family one at a time in order to discover memories and read their thoughts in order to make crucial story decisions. Mechanically, this adds some variety and strategy to the gameplay, and required me to approach the characters differently. It also allowed for a "living" environment, with interactions that felt interesting and intimate, beyond simply reading words on a page. 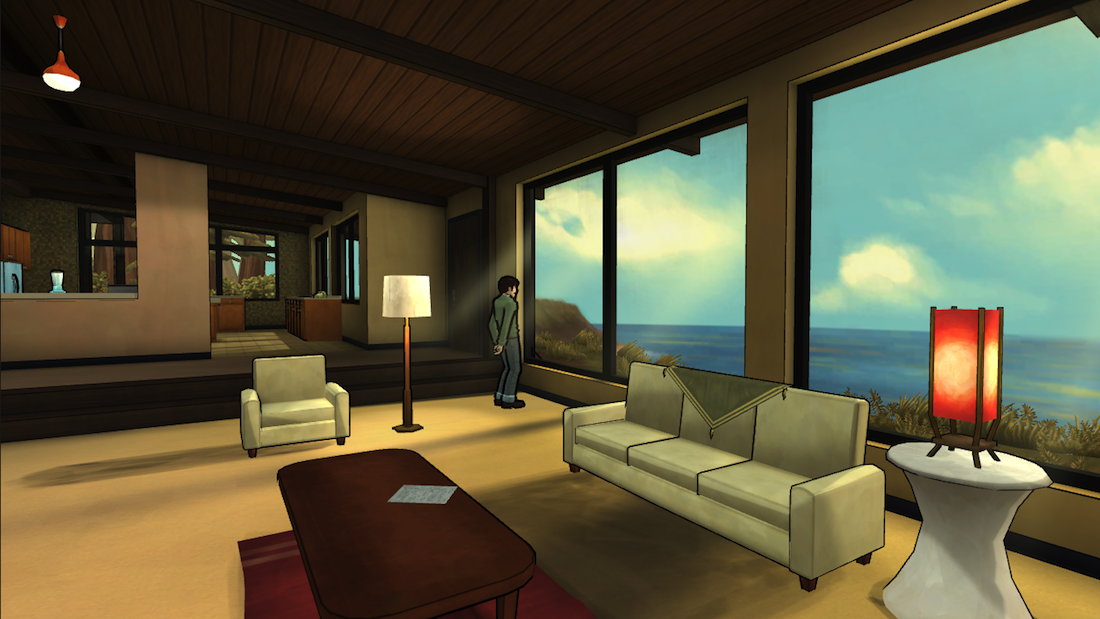 The Novelist allows interactions that are interesting and intimate, beyond simply reading words on a page. 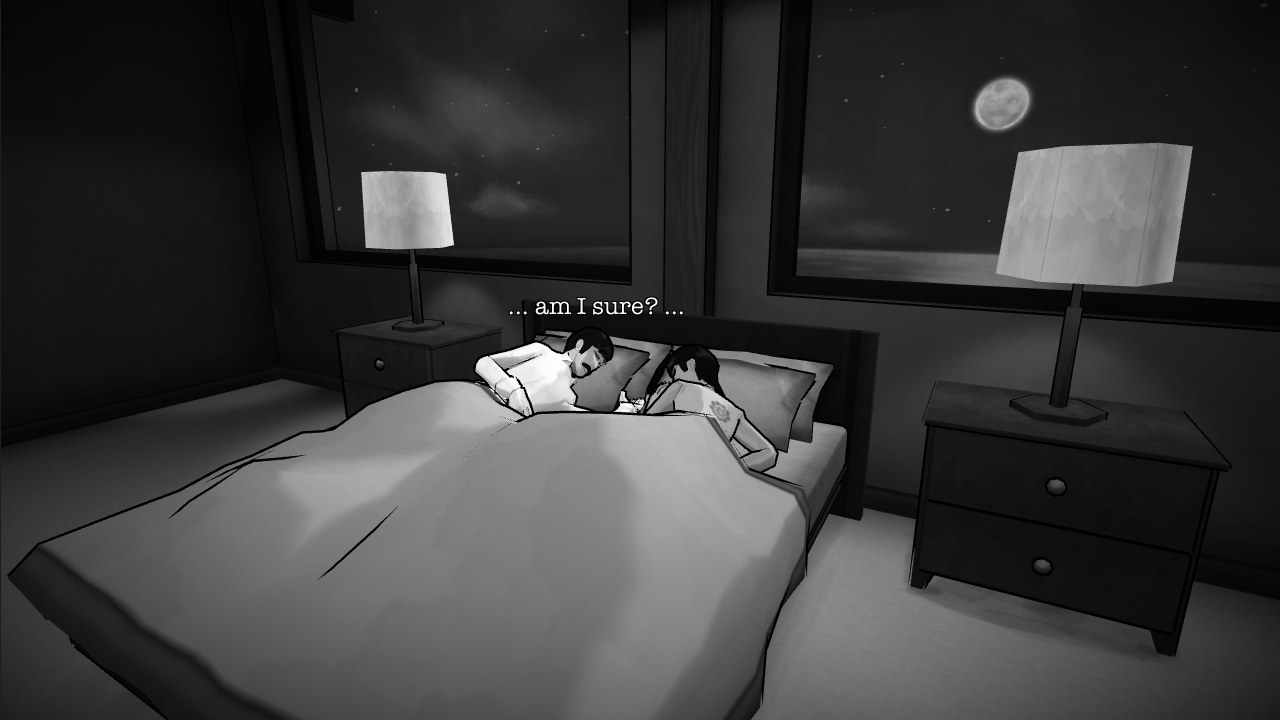 In keeping with the theme, the game is organized into chapters, each with a central conflict. An unexpected life event will pop up, or questions about work/life balance, passion and creativity will put characters at odds with one another.

The members of the family — Dan, a struggling novelist, his wife Linda, an accomplished painter and Tommy, their young son — each have a preferred resolution. You have to decide which person gets their way in each segment. If you're diligent and discover all of the memories and clues, you can choose a compromise between two resolutions. For example, Linda might be interested in showing her art at a local gallery, while Dan wants to spend more time on his book, and Tommy wants more attention from his father. You can make one person very happy — or two people somewhat happy — but no matter what you do, someone will always be disappointed.

This mechanic is simple, but used brilliantly. The Novelist creates gameplay out of the often mundane — but difficult — decisions that are familiar to anyone with a partner or family. Dan and Linda both have competing creative ambitions, differing ideas about what's best for their family and worries about Tommy, who is struggling with a possible learning disability. Tommy, for his part, is a likable little kid who just wants to have fun, be accepted at school and enjoy his summer.

This is supported by earnest writing. Each character comes across as sympathetic and believable — if a little stereotypical. I felt for Dan and Linda equally, and often wrestled with who to side with in any given situation. And I cared about Tommy, whose clues were crayon drawings as often as not. 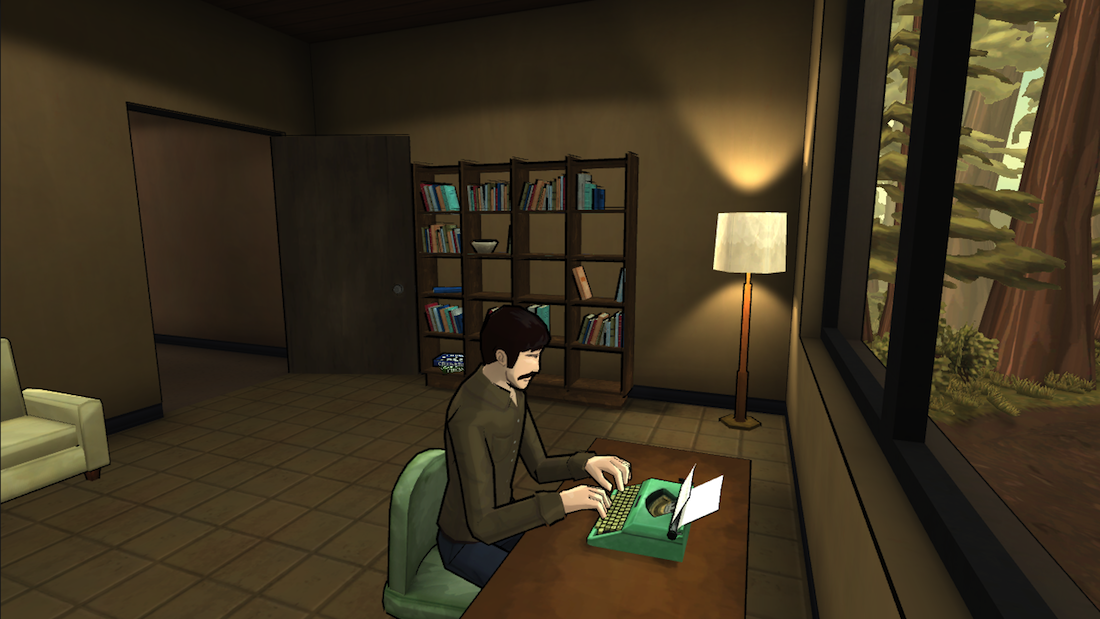 You can play The Novelist as a stealthy ghost, or you can opt for story mode, which renders you invisible and allows you to run amok in the house with no need to worry about scaring anyone. I tried the game both ways — while stealth play offers more tension, the game is faster and better-paced when played in the story mode. As the controls are a hair touchy, and each Kaplan has a knack for turning around when I least expected it, this also led to a frustration-free experience.

The writing and characters may be consistent, but they’re not exactly subtle — Dan’s and Linda’s letters and journal entries basically spell out exactly what they are missing or wishing for, and Tommy’s illustrations are typically pretty on-the-nose. When he wanted to have a sleepover with his friend Davey, I found a cute picture of him and the friend playing in a pillow fort. This tendency towards the obvious contributes to the game’s only major flaw — the framing of Dan as the sole Kaplan decision maker.

In order to register your choices as the player, you have to "whisper" to Dan — and only Dan — at night, and whatever you tell him goes for the family. This felt false to me — and more than a little condescending towards Linda, who is presented as an equal partner in the relationship.

This was also inconsistent with my playthrough. More often than not, I would compromise between the adults, or choose Linda’s option primarily. The Dan in my version of The Novelist was no overbearing patriarch — so his defaulting to "senior partner" for every choice was weird and ill-fitting.

The Novelist captures the quiet heartbreaks of family life.

While it didn't affect me personally as much as other games in its fledgling genre this year, The Novelist still caught me up in its quiet, achingly real world. I felt for all of the people in this house — alive or otherwise — and got genuinely wrapped up in each chapter of family drama. It expertly captures the compromises of family life and the impossible decisions everyone has to face at some point — between personal happiness and family stability.

The Novelist was reviewed using downloadable code provided by Kent Hudson. You can read more about Polygon's ethics policy here.