Inspired by strategy titles like Command and Conquer, Galaxy Life and most recently Clash of Clans, Sensei Wars has two primary modes of play. In the defensive mode, players build their dojo, which is their main base, and fill it with buildings to house their people, farming land to grow crops and schools to train their army. Players also have to think about the defenses they employ to protect their base. These defenses come in the form of weapons and towers that can be built in strategic locations to fend off enemies. All units and weapons can be upgraded with currency earned through playing the game. 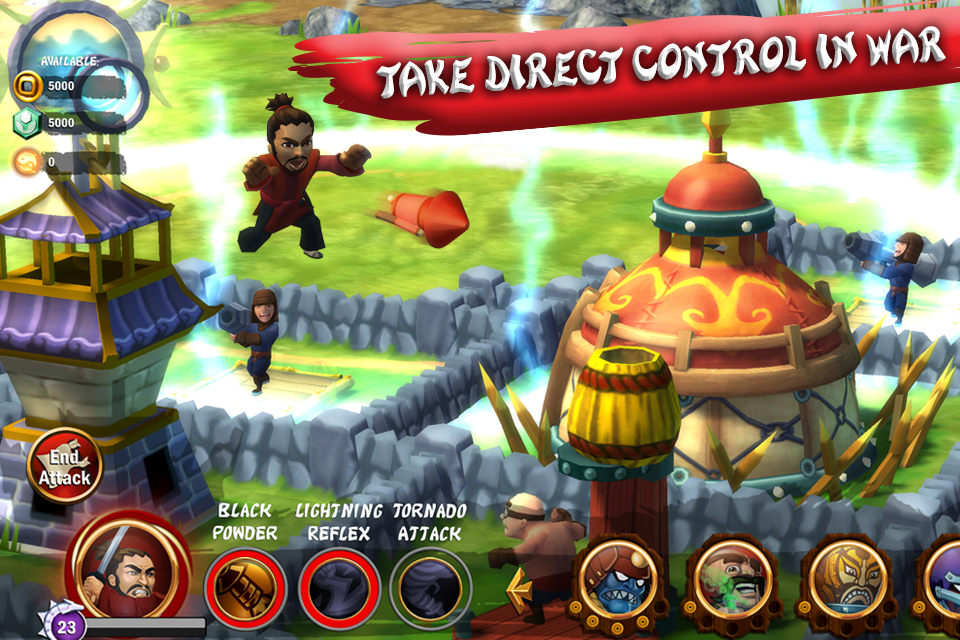 On the offensive front, players can take their armies into player-versus-player battles or player-versus AI battles. In these battles, the armies will attempt to tear down other people's dojos, destroy the defenses and breach dojo walls.

The main twist that Sensei Wars offers is the ability for the player to control their player avatar, the Sensei. Where traditional combat strategy games allow players to place their army units onto the battlefield before losing control of those troops, Sensei Wars lets players summon their Sensei, put him onto the battlefield and move him around to where he is most needed. In defensive mode, players can also move the Sensei around to maximize the dojo's defenses.

The Sensei can adopt different approaches to battle. When playing offensively, he will be aggressive and go out of his way to engage in fights. When played defensively, he will hang back and focus on defending the dojo itself. In healing mode, he will focus his efforts on healing the player's army.

"[The Sensei is] a unique unit that evolves with the game, and that you can completely control during attacks (i.e. where to go, what to attack, who to heal, etc.)," studio head Patrick Wilkinson said. "We feel that this also takes the 'drop and forget' approach to another level, as often times how you manage your sensei will determine your attack's success or failure."

Wilkinson told Polygon that while the combat strategy genre has been well-explored on mobile devices, the studio wanted to innovate in the way that Warcraft 3 brought something new to Warcraft 2. He believes Sensei War's game-changing elements lie in its 3D presentation, which allows players to zoom in and view their dojos and battles from different angles, and the Sensei who gives players more control.