GameSpot rejects political sim ad for being a 'sensitive topic'

By Colin Campbell@ColinCampbellx Dec 12, 2013, 4:00am EST
Via Positech and Indiestatik

Share All sharing options for: GameSpot rejects political sim ad for being a 'sensitive topic'

When Cliff Harris tried to book an ad on a big games website for his government simulation, Democracy 3 the last thing he expected was a rejection on the basis of controversial content.

Democracy 3 is a statistical strategy game that allows players to tinker with income tax rates and social security policies, in order to maintain a balanced economy and a happy populace. It is a game of prudence for people who enjoy the challenge of reason and compromise.

His series of ads for the game, featuring either a vaguely socialist, centrist or capitalist figure, says it's the "ultimate political strategy game." But the ad was rejected by GameSpot, owned by CBS Interactive, because the company said, "we cannot promote any politics as this is a sensitive topic."

Harris, whose company is called Positech, had tried to book the ad using CBS Interactive's online advertising portal, similar to services used by the likes of Reddit, Facebook and Google, with which he has run the ad without any problems. The ad (below) failed to pass approval. 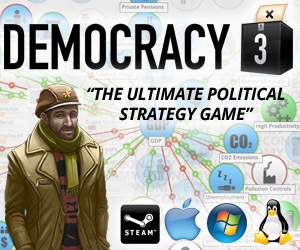 "I was quite insulted and offended really," Harris told Polygon. "I made a game that is about tax policy and interest rates and I think it's quite a responsible game. Anyone who found their kids learning about the way governments are run whilst they were gaming would think it was cool. So I thought, this is unsuitable? You're kidding me."

He said that some online commenters have told him that the version of the ad he had used, which features a man wearing Soviet-style garb, may have rung alarm bells. He said this version has a slightly higher click-through rate than the others. But he won't be resubmitting the capitalist version, or appealing the decision.

"I spend a lot of money on advertising, especially for an indie," he said. "If they've vetoed the ad on such a ridiculous basis I don't think they deserve the business. There's tons of people who have had a fortune out of me like Facebook and Reddit. They don't care." 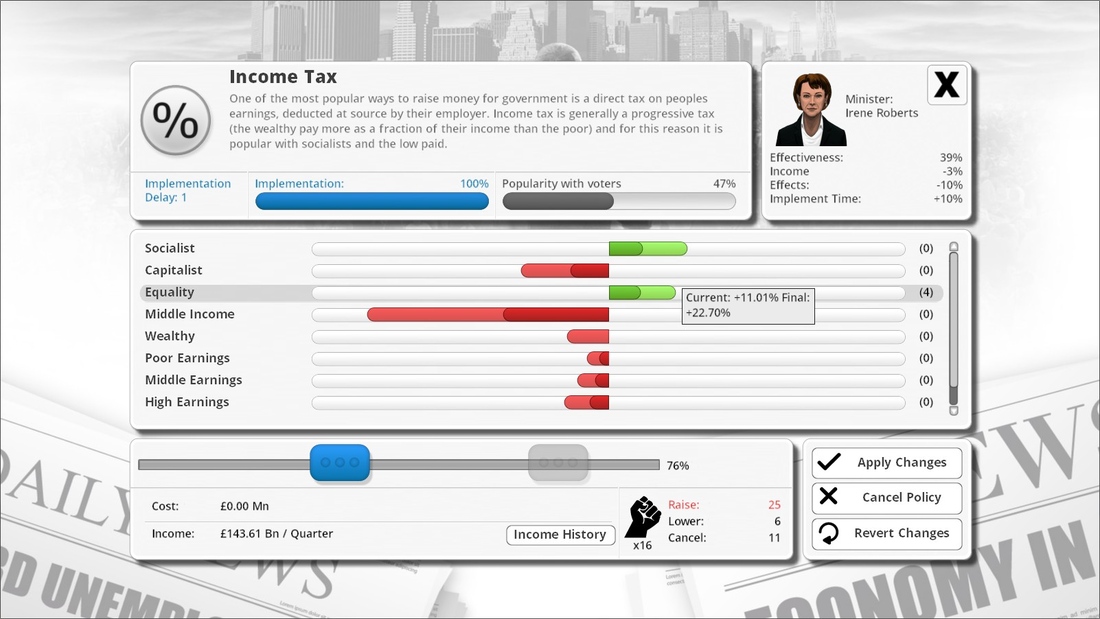 Democracy 3 was launched six weeks ago and has been Harris' fast-selling game to date. Players are given control of a Western-style democracy and apply policies that will allow them to retain power. Many players use the game to test out their own political leanings, and the game allows players to lean pretty far in any direction or to take a moderate approach. Either way, all players find that success is impossible without compromise.

A spokesperson for CBS Interactive told Polygon that the company is looking into the matter.