Redshirt is an unconventional — and biting — view of life on earth

Redshirt has everything I've ever wanted in a social sim: satire, addictive mechanics and buckets of cheesy sci-fi puns.

Beneath the dorky-sweet humor and winking Facebook allusions, Redshirt offers biting commentary on life in the 21st century. It succeeds through strong writing and mechanics that effectively highlight its messages, using social networking as its primary vehicle.

Redshirt is set in a world that heavily reflects the Star Trek universe. You play the role of a young worker on a "Federation" space station — an up-and-comer who practically lives on Spacebook, a barely disguised Facebook spoof that looks and behaves much like the real-world site. After choosing a race, gender and other characteristics for your character, you begin your first job as a transporter room clean-up technician.

Spacebook serves as the interface for the entire game. You have a limited set of actions each day, with which you can message friends, send friend requests, invite people to events, choose career options and so on. You earn credits every day at work, which you need to spend judiciously on events and shop items, all of which will boost your attributes. 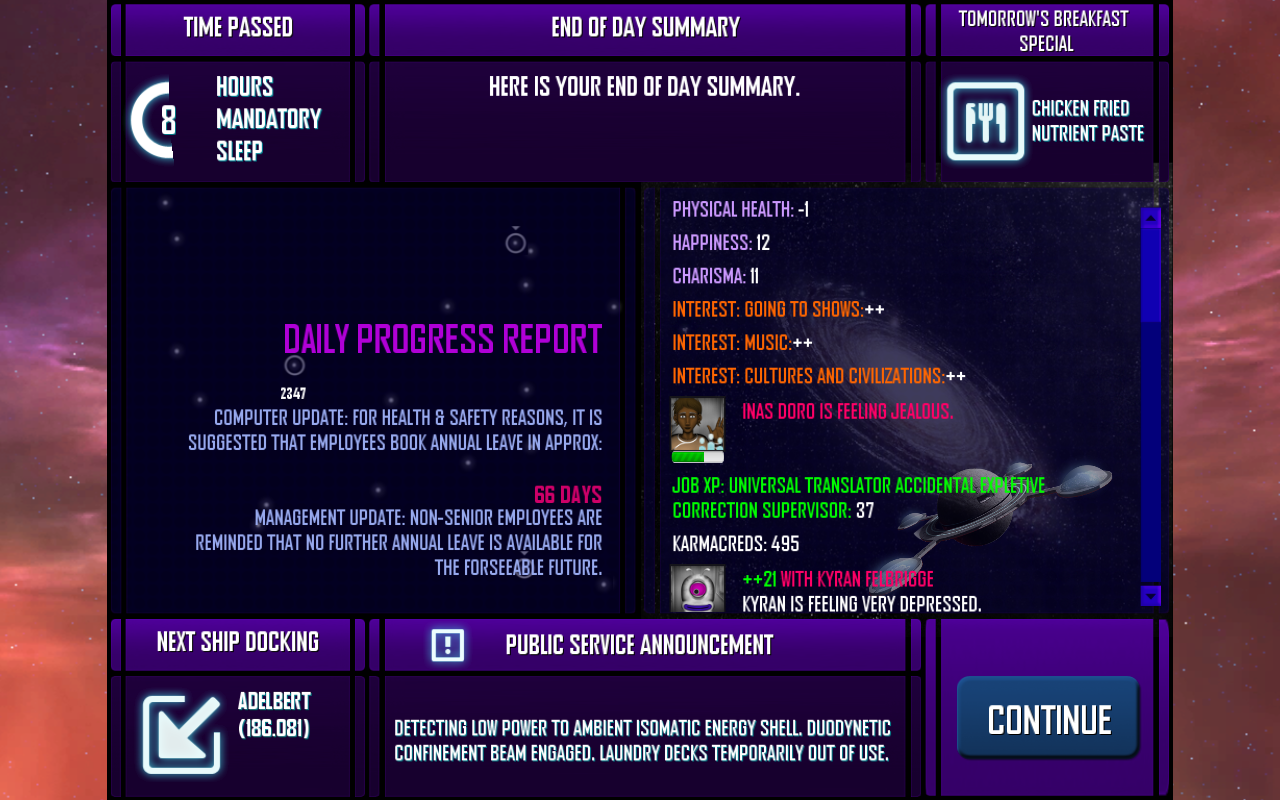 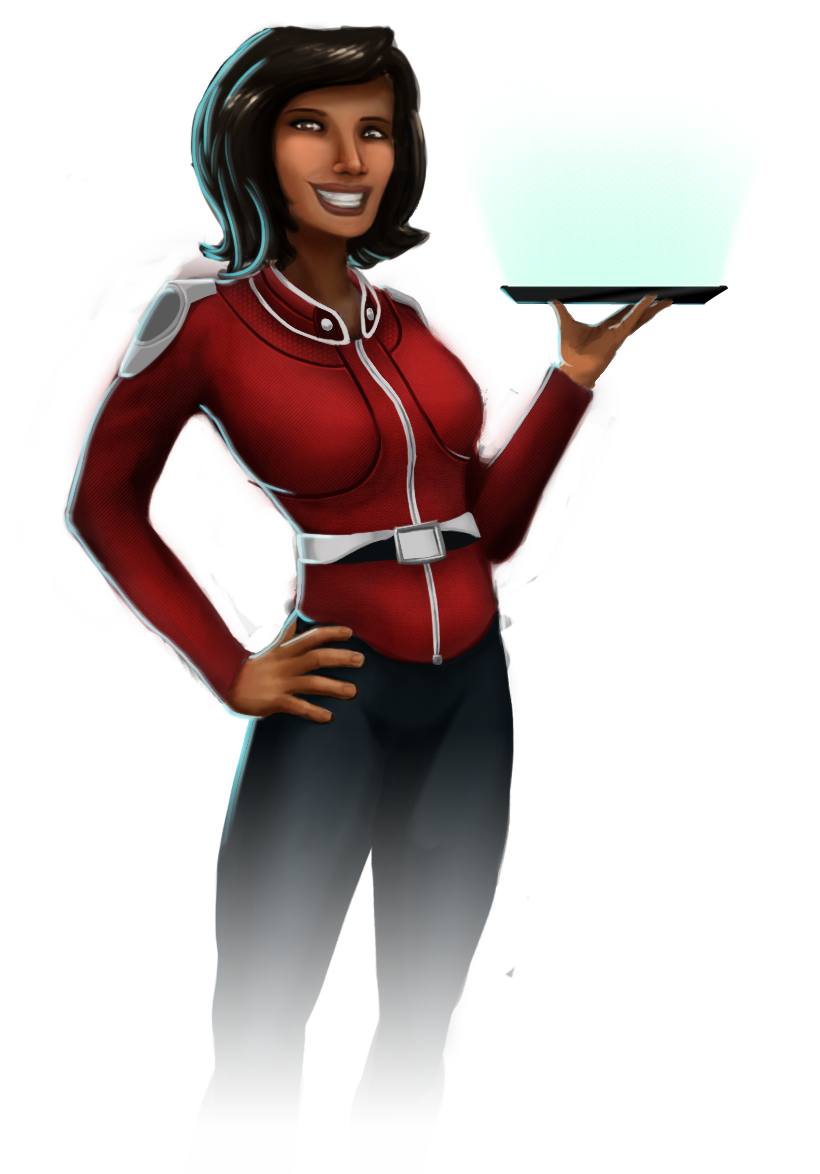 It's a game of watching meters, making strategic social decisions and occasionally making difficult choices (mostly about which other low-level employee will die) on away missions. While this is presented simply — it all comes down to where you click and how you decide to spend your actions — I couldn't pull myself away.

Much of the draw is in the depth of the social mechanics, and the fact that Redshirt provides immediate, tangible results for each action. Every potential "friend" has a series of interests, which you should keep in mind when inviting people to events. And each person has a meter with a score attached, based on how much they like you or not. If I choose to message my romantic partner, I'll gain a huge number of points with them. If I invite a prospective friend to, say, holo tennis for two and they have a matching fitness lifestyle interest, I'll earn extra points with them, usually enough for an accepted friend request.

The writing is fun and extremely geeky.

You can get in (and out) of romantic relationships easily — though at the risk of losing a friend. And different people from different species have divergent cultural and political attitudes. Some are "species-ist" — an easy allusion to casually racist Facebook friends. Others are greedy, or prone to anger or just plain oblivious.

This commentary works well, and it's funny — especially for the right sort of sci-fi fan. On top of the wink-and-nod premise of Facebook in space, the writing itself is fun and extremely geeky. Almost all of the text is a reference to some phenomena from Star Trek or some other sci-fi movie, from the "technobabble" skill to my personal favorite, a flirty message left on a Facebook wall reading "Hey baby, how about you and me? And some Earl Grey? Hot." 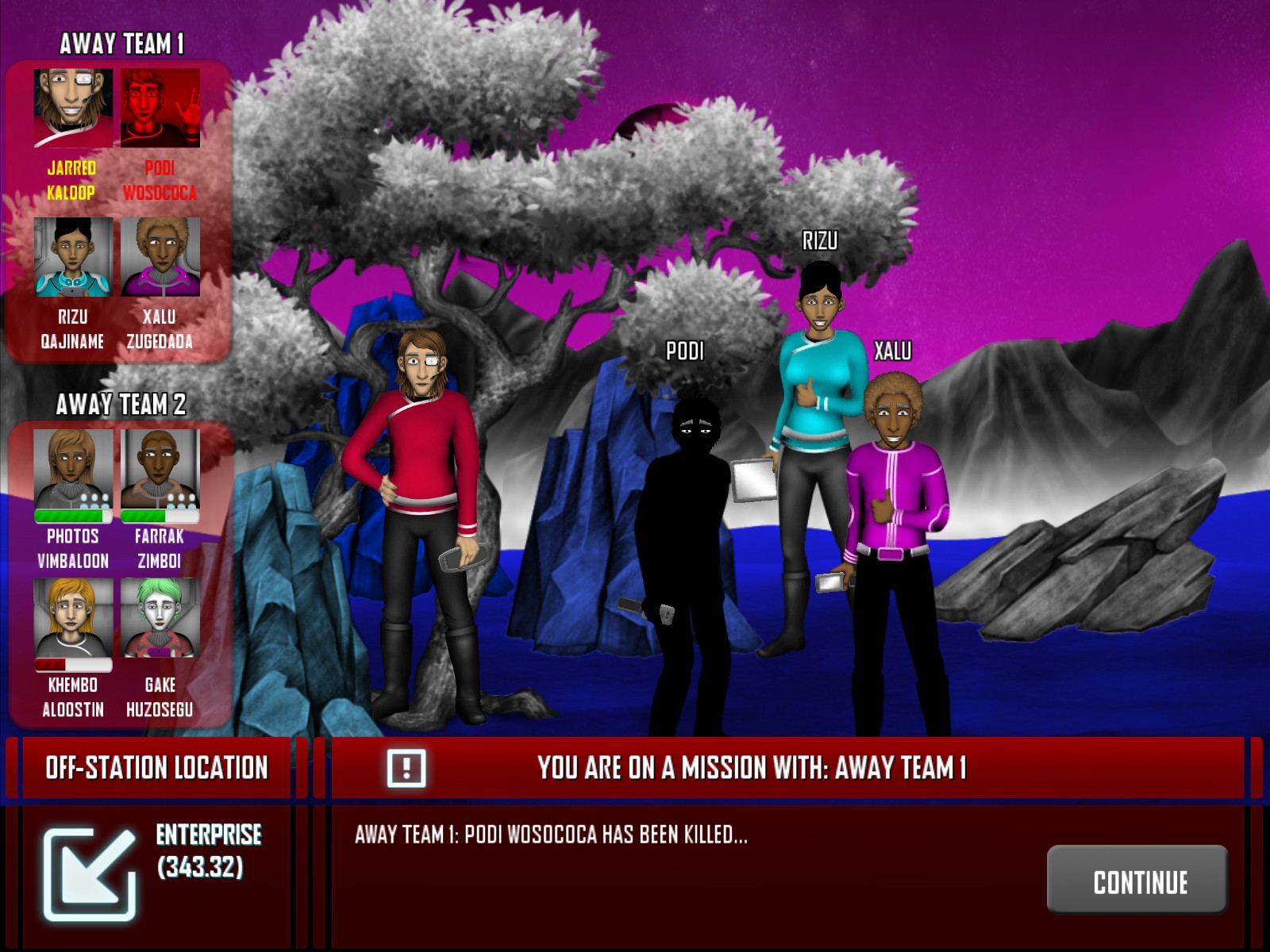 Where no man has gone before

The Tiniest Shark offers players an inclusive set of character creation options — alongside species, race and gender, you can choose a non-binary gender and whatever sexual orientation you like. This is in keeping with the vision (if not the actual presentation) of the Star Trek universe.

But Redshirt's lasting appeal lies in its social commentary. Spacebook is a view of Facebook as a game — with clear goals and social manipulation as a core tactic. Developer The Tiniest Shark has a dim view of life as a twenty-or-thirty-something corporate climber — nearly all of the win conditions of the game have some unsavory element. You can win by mastering bribery, or by making the right friends. You can even beat the game by getting — and staying — involved with the right romantic partner. The supposed values of the Star Trek world — peaceful exploration, brotherhood, resolving differences, etc. — all go out the window as far as actual game mechanics are concerned. In this way, at least, it's more Wall Street than Starship Enterprise.

As satire goes, it's spot-on. The writing, theme and social mechanics all blend to create a shallow, impersonal dystopia. You never get a real sense of personality, neither from your own character nor any others. The people in this game are — transparently — collections of interests and meters for you to manipulate. It's a cold worldview, and for all of its colorful character art and jokey writing, Redshirt is serious about its core message. 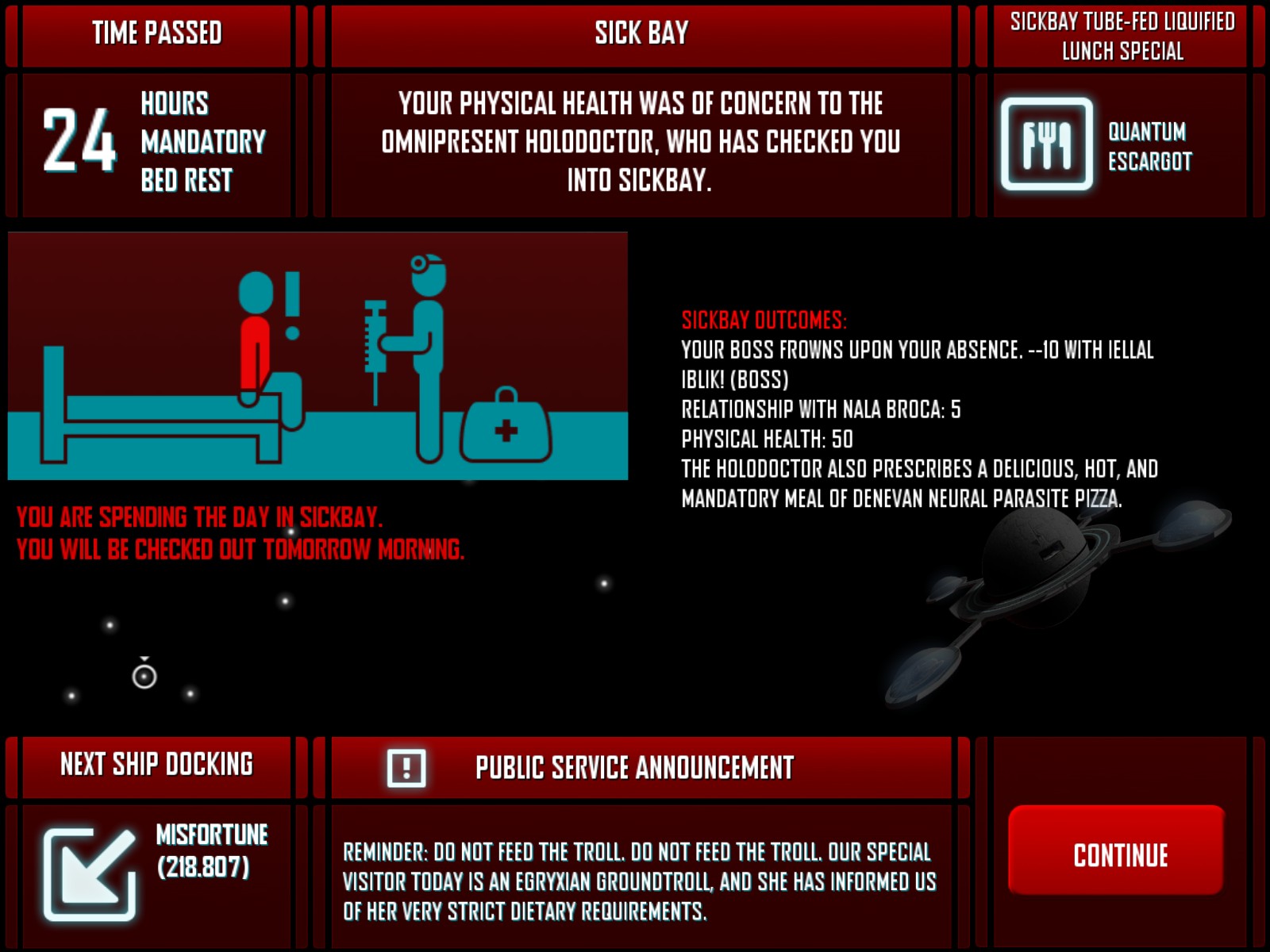 Redshirt is an unconventional — and biting — view of life on earth

Redshirt is thoroughly entertaining, but it wouldn't be nearly as memorable if its goofy satire didn't also have teeth. Sure, I enjoyed the puns and Star Trek references — big, small and truly obscure. And I couldn't pull myself away from the addictive nature of Spacebook. But every time I check out a real-life status update, I'll be remembering Redshirt's digs at corporate culture and life in a cold, anonymous system.

Redshirt was reviewed using downloadable code provided by The Tiniest Shark. You can read more about Polygon's ethics policy here.