Doki-Doki universe is a gleeful game of self-reflection

Doki-Doki Universe doesn't just join the recent trend of games not focused on conflict; it takes a spot at the front of the charge.

Maybe "the charge" is a bad analogy here. I don't think I've played a game less concerned with competition than Doki-Doki Universe. It's all about empathy and understanding — making others happy while you get to know yourself.

Even with its pure intentions, Doki-Doki Universe stumbles into some clumsy stereotypes and technical issues. But sharp writing, a unique art style and cheerful puzzles pull it back up.

Doki-Doki Universe puts you in the role of QT3, a robot who's been abandoned by his family and picked up for reprogramming — unless he can prove that he has humanity. To accomplish this, QT3 explores the universe, landing on different planets, helping characters with their problems and learning about how humans work.

Doki-Doki Universe has the aesthetic of a quickly scribbled children's drawing, a look that supports an imaginative array of bizarre characters and locations. Each planet comes with its own goofy premise, such as Aminal, a place where humans are pets and a charming capybara is the master. Or there's Yuckers, an intergalactic dump site comprised mostly of poop, where the locals prize terrible-smelling goods above all else. I never knew what to expect in each new world, and it was always a wonderful experience of light-hearted discovery. Except for the handful of times that it got a little uncomfortable.

For the most part Doki-Doki Universe sticks to harmlessly goofy settings like the aforementioned poo planet, but a few of the locales are cartoon versions of real-world places. One of them felt especially weird — Afri, Doki-Doki's take on Africa, complete with dark-skinned tribal people living in huts who are amazed by technology and think that it's magic.

If that's not disturbing enough, goals on that planet include bringing a lonely tribesman two women — a small girl to be his daughter and an adult to be his wife. Doki-Doki Universe may trade in absurdities, but this questionable content still bothered me.

The rest of the game stays more firmly in off-the-wall weirdness territory, even in its core gameplay. As you explore planets and get quests from characters, you solve their problems by creating items out of thin air using a resource called "dust bunnies." It's basically the inventory puzzles of classic adventure games taken to an extreme: There are a total of over 300 items in Doki-Doki Universe, and once you've found one, you can summon it at any time for any character.

The game opts for imagination over difficulty with its puzzles. Need something to cheer up a melting snowman who's been teleported away from his ice planet? Anything cold or refreshing will do the trick. Need a tree to provide shade in a sweltering desert? You'll have plenty of trees of different styles to choose between. I enjoyed experimenting and trying to pick out the weirdest possible solutions from my vast list of items rather than being expected to find a specific thing. And though the puzzles were never much of a challenge, the game swept me through interesting levels and characters quickly enough that it never felt tedious. 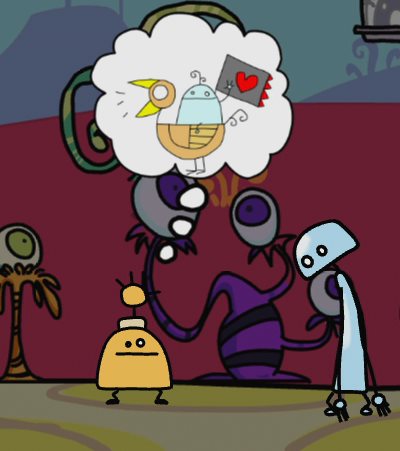 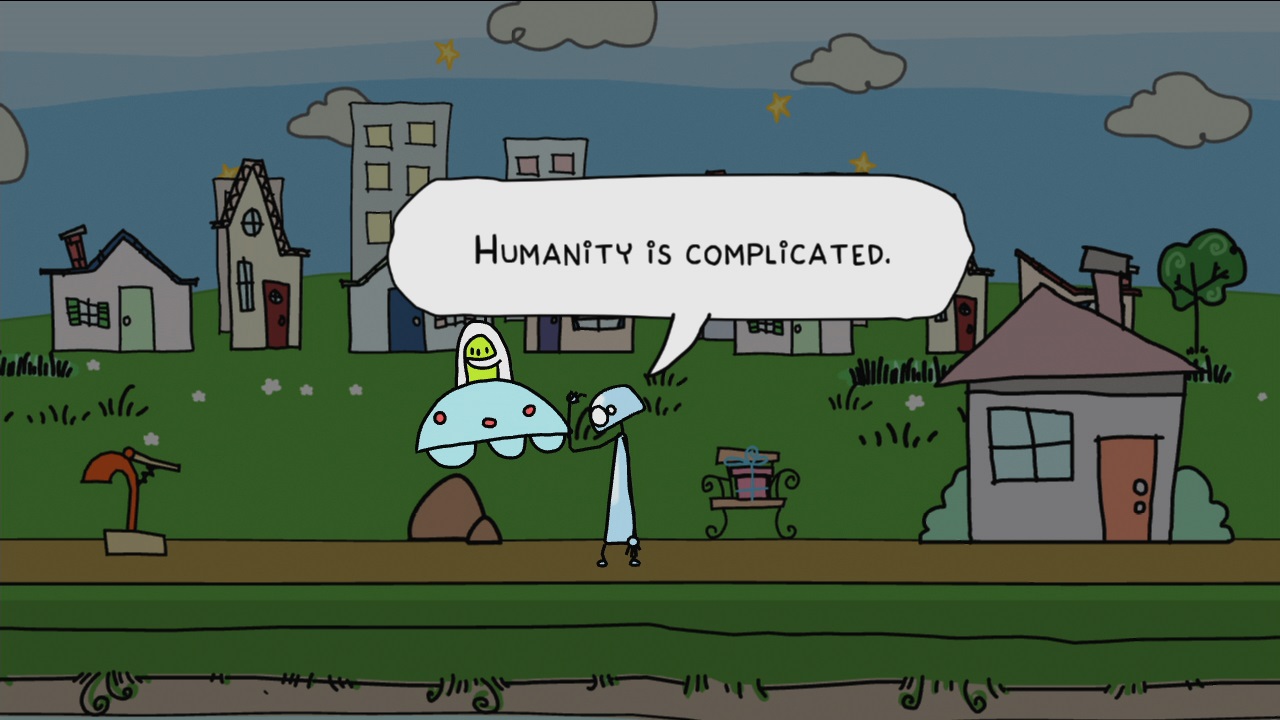 Despite relatively simple visuals and gameplay, Doki-Doki Universe can be a very different experience between platforms. The game's UI feels custom-built for the Vita, and some actions can feel awkward without a touch screen. At the very least, the game never requires quick response times or the kind of accuracy that would make the sometimes sluggish controls a dealbreaker.

That said, I absolutely recommend playing on a PlayStation 4 above other platforms. Both the PS3 and Vita versions of Doki-Doki Universe suffered major framerate dips when more than a few created items were on the screen. The PS3 version even froze up completely several times, requiring a full system reboot. Doki-Doki is a cross-buy game, so when you purchase on one platform, you'll be able to download it on all three. Play the Vita or PS3 versions now if you must, but hop to PS4 as soon as you can. 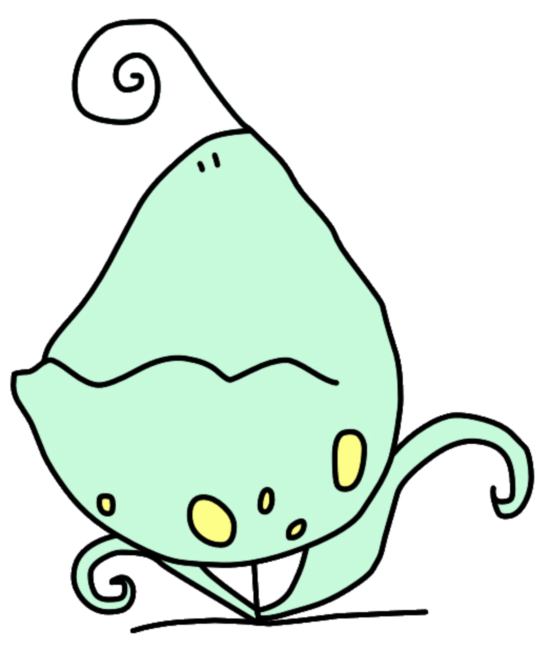 If you want to keep completing quests, you'll need more items, and if you want more items, you'll need to get them as gifts from characters, which means either making them extremely happy or extremely angry. Whatever my objective, every moment of Doki-Doki Universe had me invested in figuring out each character's likes and dislikes. And it turned that pursuit of happiness for others around into thinking about myself as well.

In between trips to regular planets, QT3 can visit asteroids, where you take brief, multiple-choice personality quizzes. Individual tests didn't always return answers about my personality that felt accurate — it's cute that the game thinks I'm humble and shy, but everyone I know might disagree. But even when the results felt off, Doki-Doki Universe allowed me to dig into the specific details of how they came to that conclusion. Why does choosing a spaceship over a submarine show that I'm more logical? The game is happy to explain the answers, should you want them.

All of this thoughtful self-reflection culminates in personality reports from Dr. Therapist, who is a — you guessed it — therapist assigned to figuring out whether or not QT3 has learned enough lessons to develop humanity of his own. These reports pull together results from all of the quizzes you've done as well as random dialogue responses on regular planets, and I found them fairly insightful. As Dr. Therapist explains your major personality traits and which side of your brain you use more, the game once again offers plenty of explanation for the reasoning behind these decisions, providing a very well-rounded self-learning experience.

Doki-Doki universe is a gleeful game of self-reflection

Though it has some frustrating technical shortcomings and a few disappointing characterizations, Doki-Doki Universe earned my attention with a unique approach to interaction. It fills a galaxy with happy, hopeful, broken and bizarre characters, while maintaining an infectious, child-like sense of glee. It asked me to think about what it means to be human in general and also what it means to be me. In that respect, at least, Doki-Doki Universe is profoundly special.