Ultra Street Fighter 4 aims to make every character a winner

Share All sharing options for: Ultra Street Fighter 4 aims to make every character a winner

The philosophy behind Capcom's Ultra Street Fighter 4 is to tweak all the characters in such a way that they are all considered top-tiered, according to Capcom's community specialist and battle director Peter Rosas.

Speaking to Polygon, Rosas said the motivation behind the game was to make all the characters more well-rounded so as to give players more options and to make matches more dynamic. Rosas told Polygon that Capcom accepted more than 20,000 pieces of feedback from North American players and more than 12,000 comments from Japanese players and assessed the shortcomings of Street Fighter's characters based on this feedback. Using this information, the development team was able to tweak the properties of attacks and defenses to that every character has the tools to fight in every scenario.

"So if you look at a character like Chun Li, she has always been more of a defensive character," Rosas said. "In Super Street Fighter 4, that was probably her strongest iteration because she was really hard to hit and you couldn't jump in on her. She controlled the ground extremely well. Unfortunately, that led to a lot of complaints from people who said she was much too strong defensively, and she was dramatically toned down moving forward.

"She was never really compensated offensively, though. She kind of just dropped down. But a lot of Chun Li enthusiasts said she still has her tools, she's just now much harder to win with. They told us if we just tweaked her so she's that much stronger defensively, but finally make her strong offensively, then we have a character who's going to be out of control."

Rosas gave examples of the ways in which Chun Li has been tweaked to have more offensive capabilities in her arsenal of attacks. In previous iterations of Street Fighter, when she launched an EX Fireball at her opponent, it would cause some damage, but the opponent would remain standing. In Ultra Street Fighter 4, when the fireball hits, the opponent will fall down, giving her the opportunity to get in and perform additional attacks. 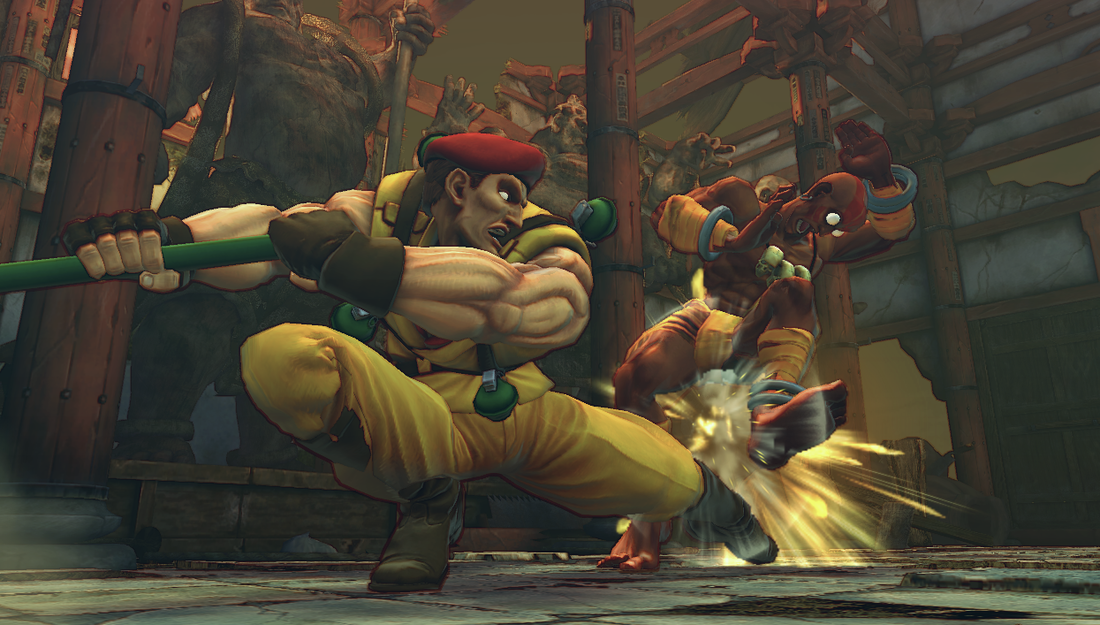 Subtle tweaks like this have been made throughout the entire game and, while they might seem minor on the surface, the impact goes deep.

"So if you make the right reads and if you use the toolset properly, then you can play this as a dynamic back and forth game that is really, really fun," Rosas said. "And that's what we're trying to do for most characters. All the characters have the tools to fight each other equally."

This doesn't mean that all the players will play in the same way, though, Rosas adds. Instead, it means the characters will no longer have artificial handicaps, and the outcome of a game will be less about which character a player chooses and more about how skillful the player is. This could potentially mean that characters who have traditionally not been considered A-tiered (the fighting game community ranks the game's characters based on perceived strengths and weaknesses) could make their way into professional fighting game tournaments.