Share All sharing options for: Everything you need to know about the YouTube copyright crisis and why you should care

At the center of this week's confusing thicket of news and outrage surrounding YouTube video game copyright sweep is a very simple issue.

It's about freedom-of expression and the ability of critics, commentators and journalists to speak to large numbers of people without fear of reprisals or restrictions from corporations.

On a more prosaic note, it's also a clash of cultures between companies that are figuring out how much control they can usefully exercise over the content they create and those companies who cling to the belief that they have the last word over how their games are covered in the media.

But to get there, we really do have to cut through the brambles. So here are the basic facts.

YOUTUBERS: Many people who visit YouTube enjoy watching videos of other people playing video games and talking about them. We will call these content producers 'YouTubers'. They are critics, journalists, problem-solvers. Their function is to entertain and to inform. They make their living, like many journalists, through advertising revenue.

COPYRIGHT: By necessity, their videos feature footage of games, which are made by games companies who, in theory, own the rights to the raw video game footage. In practice, games companies cannot easily control how footage of their games is used. Some videos are reviews that show short snips of gameplay. Some are of walk-throughs that show the games in their entirety.

CONTENTID: But the footage is copyrighted and much of it is held on a YouTube database that can be searched by YouTube via a system called ContentID. That system checks for stuff that belongs to Publisher X but has been featured by a YouTuber.

TROLLS: If a video is flagged, the revenues it accrues from advertising go to the company making the claim, not to the YouTuber who made the video. This has opened up the system to abuse from trolls or from companies making claims based on very minor copyright infringements, perhaps a snippet of music used in the background.

RECOURSE: YouTubers can complain, and copyright claims can be overturned. But the further up the system complaints are taken, the more likely that YouTube will punish any channel that turns out to be infringing. This means that most YouTubers take the hit on any flagged video that can't be remedied immediately.

SUPPORT: But there are videos that can be fixed. Some games companies like Capcom, Ubisoft, Blizzard and Deep Silver, have been very active about getting complaints against videos featuring their content over-turned, so that revenues can be returned to the YouTubers.

GOOGLE: Much of this sweep is an attempt by Google-owned YouTube to head off potentially damaging lawsuits in the future. It is acting in a way that protects itself from the kind of billion dollar copyright attacks made by the likes of Viacom. Google has reason to be concerned. Nintendo has stated its dismay about copyright violations and has been active in seeking out videos that show its content. If Google did nothing, the company would certainly wind up in court. Google makes money from these videos too.

FAIR USE: However, uploading game content with voice-over is not the same as uploading a TV show. The producer is playing the game and manipulating it. He or she can claim 'fair use' of the content, especially if the video is a critique or a report. A 'Let's Play' is not at all the same as someone uploading the latest Hobbit movie and hoping to derive revenues from hits.

AFFILIATES: Just to make matters even more confusing, there are different levels of YouTubers. Long-standing channels that have signed long-term contracts with networks (like Machinima or Polaris) are designated as 'managed' and although they are not exempt from copyright claims, they have been spared this latest sweep. Other channels, usually smaller, are designated as 'Affiliates' and have a looser connection with the channels. They are the ones being targeted. This is creating an invidious partition between those channels with power, and those without.

PERMISSIONS: Most games companies have a legal position on their copyrights which boils down to 'use but don't monetize' or 'ask permission'. These can only be enforced by using YouTube's systems or by taking expensive and troublesome legal action. So videos on smaller video portals are under less scrutiny than those on YouTube because it's too much trouble to chase down every Let's Play.

LIVESTREAMING: The new consoles allow (or will soon allow) for live-streaming and downloads of content to YouTube and other portals. The vast majority of these will not be monetized, but claiming copyright infringement against only those that attract commercials will be a monstrous task for games companies.

MEDIA: Games footage has been used for decades by media outlets, without overt permission from games companies. There is a long history of games companies allowing their content to be used by games companies on a fairly free basis, for publicity. 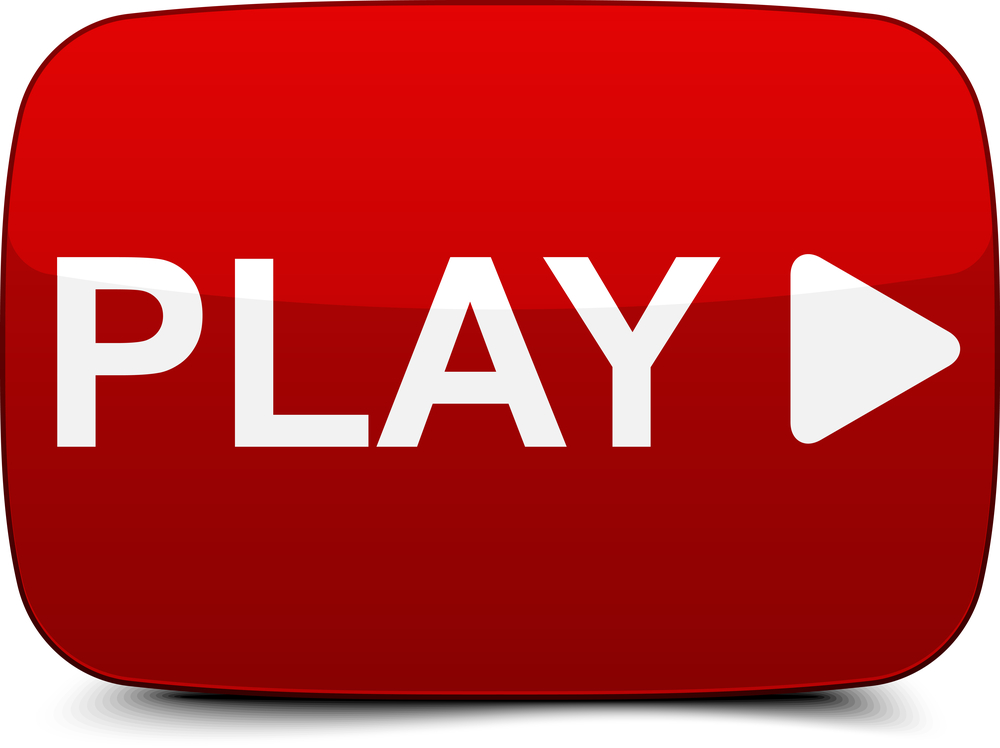 So, this all comes down to games companies facing a choice. They can seek to monetize and control their footage. Or they can take a more laissez-faire attitude and adopt the view that YouTubers who make a living attracting eye-balls to shows featuring their games is, on balance, a major benefit.

Talking to YouTubers this week, it's clear that patience with games companies that are either aggressively seeking financial benefit or are standing in the shadows, is coming to an end.

"For those companies that have a problem, we will see video makers move away from them," said John Bain, also known as TotalBiscuit, one of YouTube's most successful game channels. "Those companies will be damaged by that. They won't get the same degree of coverage."

TotalBiscuit has almost 1.5 million subscribers. His videos are watched, in some cases, by millions of people. In his shows, he celebrates and critiques the games he enjoys. This week he has been playing Hearthstone, a game by Blizzard, which has given its blessing to YouTubers.

"It makes sense for publishers to be YouTube-friendly because this is where the eyeballs are," he told Polygon. "If they want people looking at their product without them having to spend money on advertising then YouTube is the best place to do that."

Bain's view is that his work is journalism. Unfortunately, YouTube video makers are often treated as if they were parasites, waiting at the pleasure of games companies.

His channel is managed and so he has not received notices, but he said that the sweep is bad for gaming as a whole. "It will certainly do some damage in the short term. Once YouTube clears up the mountain of crap that they have made for themselves we might see some changes. A lot of these channels survive on the basis of the personalities of the presenters and not on the games they are playing. They will show games from people who do want their games shown. I can imagine a shift towards indie games and so those guys are probably rubbing their hands with glee right now because these channels are no longer covering the big dudes."

The transformative power of new technologies and how they favor small, nimble, imaginative organizations at the expensive old, large companies. Where have we heard that before?

Bain takes a dim view of Nintendo's attempts to control YouTube. "You would think they would want as much coverage as possible right now, given Wii U," he said, alluding to the console's lack of success.

His own channel was embroiled in a scandal earlier this year when one company, Wild Games, sought to make a copyright claim against him, after he had criticized its game. Although the outcry against this censorship caused the company to backtrack, the implications are worrying.

Also worrying is the fact that the large networks (Polaris, Machinima etc.) and their most senior 'managed' channels seem to have been spared this sweep, even though their content is much the same as those 'affiliate' channels that are losing revenues. "It's a matter of trust," said Bain, but he added that the networks wield influence over YouTube. If YouTube were to start flagging core or managed network videos, it might lead to a legal conflagration. In theory, a flagged video on a network can lead to the entire network being suspended, an event no-one wants to see.

Bain said that he wants all channels to be treated the same. "I would never want to see people who are trying to compete being restricted in some stupid and artificial way. YouTube was supposed to be a democratization of content. The good stuff should rise to the top regardless of how much money you have. I want a level playing field. YouTube has enabled that for years and it would be a real shame if it went away."

Despite the coverage its sweep has garnered this week, Google has not attempted to explain itself or address the issues, restricting itself to a rote statement. Indeed, attempts by Polygon to interview other companies involved in this story, including Machinima, Nintendo and Twitch, have come to nought.

" I would like to be kept abreast of any situation when I have to spend hours dealing with disputes," said Ryan Letourneau, aka Northernlion. "YouTube doesn't have the best record of dealing with its partners." He said that "stopping erroneous claims would be a good start" for YouTube.

Northernlion has around 250,000 subscribers and 300 videos watched by tens and sometimes hundreds of thousands of viewers. He is an affiliate of Machinima and has received nine copyright notices this week, a few of which he is disputing because they cover games from companies that have given permission for their content to be used.

"In the future I will be more likely to cover games that have an express monetization approval," he said. " A lot of content creators are saying the same."

YouTube's sweep is at the behest of games companies that say they want to protect their financial interests, but underpinning this is a clear desire to control who displays their content. It is a question of power, as well as of money. Those companies are most likely to see changes in the short term. The question remains; will the changes really be to their liking?

Videos of gameplay are an essential and growing part of the journalism and reporting that accompanies gaming. Companies that seek to monetize and control that journalism may derive some short-term benefit, but in the longer term, they could be excluded from the story. By contrast,companies with more liberal attitudes to modern media might benefit.

"We [YouTubers] don't want to risk spending hours making a video that might end up making money for someone else," said Letourneau. "We move pretty quickly, which is why those companies that have a more open policy have been very aggressive about contacting content creators and offering to help out."