Don't know what you want to get that special someone in your life for the holidays? Then you probably don't want to use this guide to figure that out. The rest of our guides are all packed with wonderful suggestions and links. But this one, this is a list of wishes and dreams.

Now if you're looking for a list of suggestions to give to someone else for YOUR perfect present, that's a different story.

Below we have an array of amazing gift ideas ranging from the pricey replica Nightwing Escrima Sticks that come in at a hair more than $1,000 to the ludicrous $12 million Miami mansion, complete with a lake-sized moat, bullet-proof glass and gaming room.

Take a moment to indulge, if not in your real life, than at least in the fantasy one. You know, the one where you're the wealthiest person alive and you're looking for million dollar stocking stuffers for your extended family. 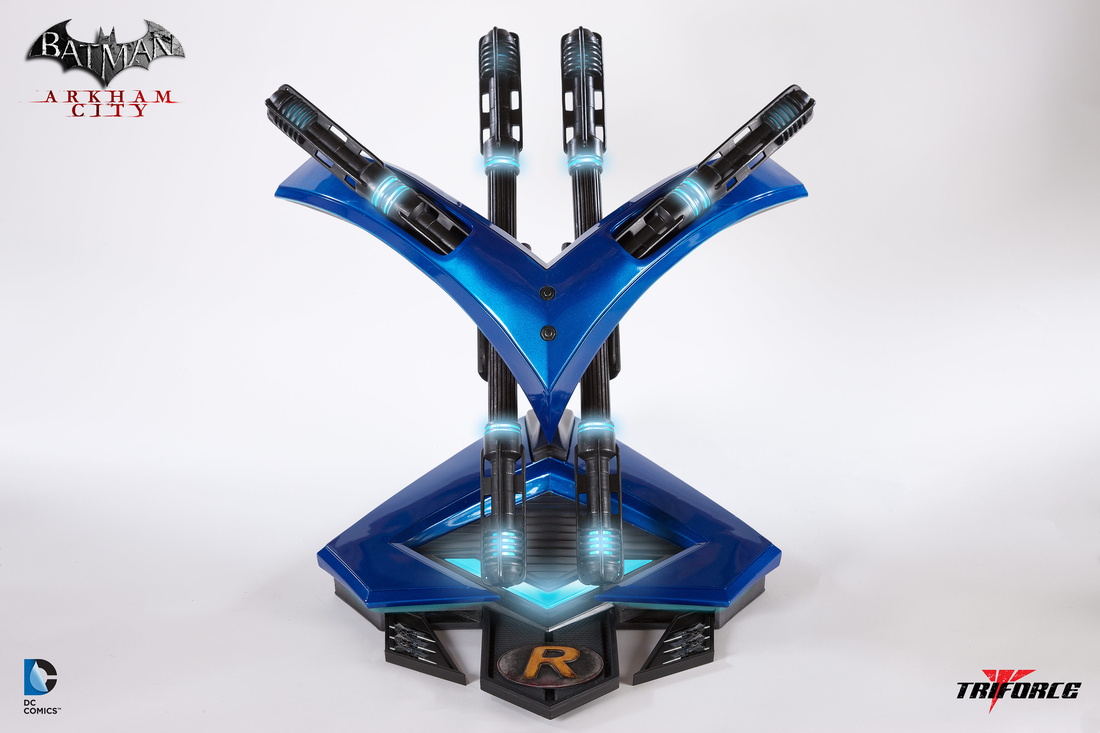 Project Triforce has made a name for itself as the go-to creator of faithfully crafted video game and comic book weapons. Their line-up includes guns from Gears of War, Darksiders 2's Soul Reaper and soon, from Batman: Arkham City, Nightwing's weapon arsenal. Hand-finished and hand-painted, this full scale replica is made of polystone and includes LED effects to mimic the electric pulse of Nightwing's Escrima sticks. The holder includes a secret panel packed with some interesting goodies and the whole thing measures about two feet tall. ($1,100) 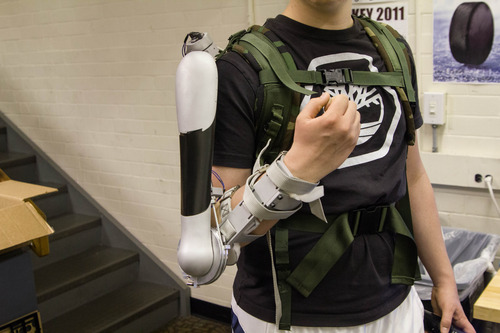 Technically the Titan Arm isn't for sale, and it probably never will be. But hey, it's still pretty nifty. A team of four college students created the Titan Arm to be a low-cost, ergonomic upper-body exo-skeleton to augment a user's own strength by lifting up to 40 pounds. Sure, 40 pounds isn't the same as tossing tanks around, but think of all of the arm wrestling matches you could win. And who knows, maybe once the team is ready to actually sell something they'll have upped the load the robot arm can handle. While there is no sale price on the device, the team said it cost about $2,000 to make. ($2,000) 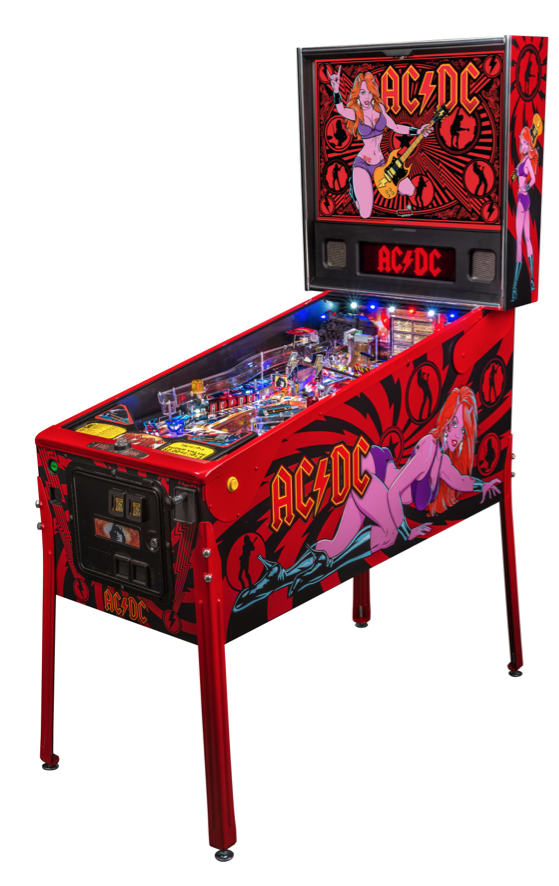 Announced just weeks ago, the AC/DC Luci pinball machine is a remake of Stern's original AC/DC table. Still featuring Steve Ritchie's design, this new edition is wrapped in a new artwork package based on the spirit of AC/DC. Luci includes a dozen classic songs from the Australian band including classics like "Highway to Hell" and "Back in Black." The machine includes a lower playfield, ball-shooting cannon, drop targets and a mechanized "Hell's Bell." ($7,699)

Let's face it: Video games aren't all fun and games, not anymore. The National Security Agency is finally on to us, they know that all that time spent playing World of Warcraft, Battlefield, Call of Duty, Disney Infinity, is really a cover for more nefarious deeds. Now that they know, we all need to be more careful about who's listening to (and watching) what. Fortunately, the Stealth Navigator Pro is has us all covered. Stuffed into a Pelican case, this nearly 50-pound kit is a top of the line TSCM RF analyzer, perfect for detecting and eliminating wireless cameras and eavesdropping transmitters. (Starting at $12,950) 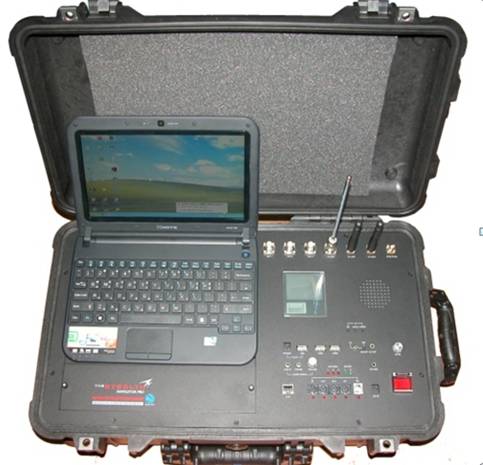 This snazzy 75-inch LED Samsung television comes in a fancy frame of your choice and concealed behind a mirror. The creators of this bit of functional art take an ultra-slim television and mount it behind a special mirror. The whole thing is then placed in a frame. The end result is a mirror that turns into a television when powered on. The idea is you can place this television anywhere and no one will realize you own a television until you switch on the latest episode of A Game of Thrones. ($14,499) 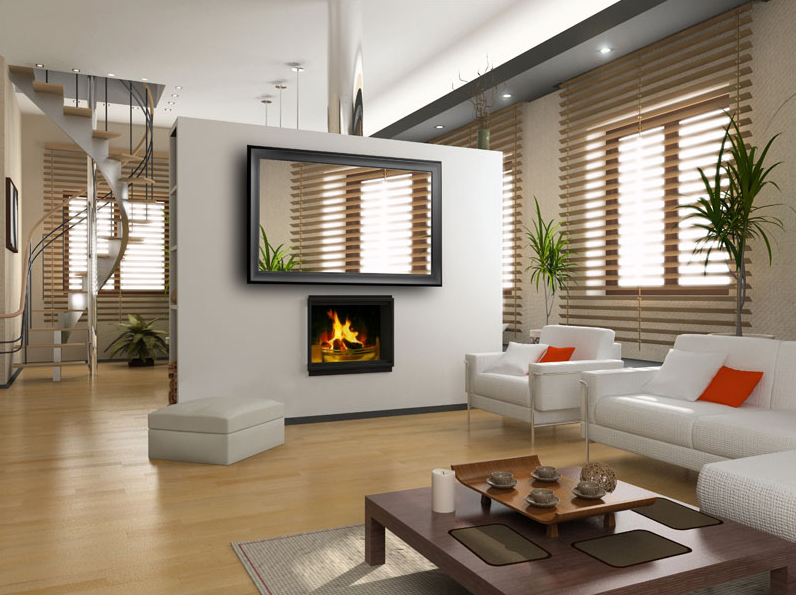 VRX makes some of the most advanced simulators for racing video games. The iMotion comes with three 1080p LED monitors mounted in front of a race car cockpit capable of producing 2gs of acceleration. The stainless steel chassis carries a 500 watt 5.1 surround sound system, a clubsport steering wheel, and pedal set and a powerful gaming PC. The systems vary in price, but I found one priced out on eBay for a hair more than $40,000. ($41,229.49) 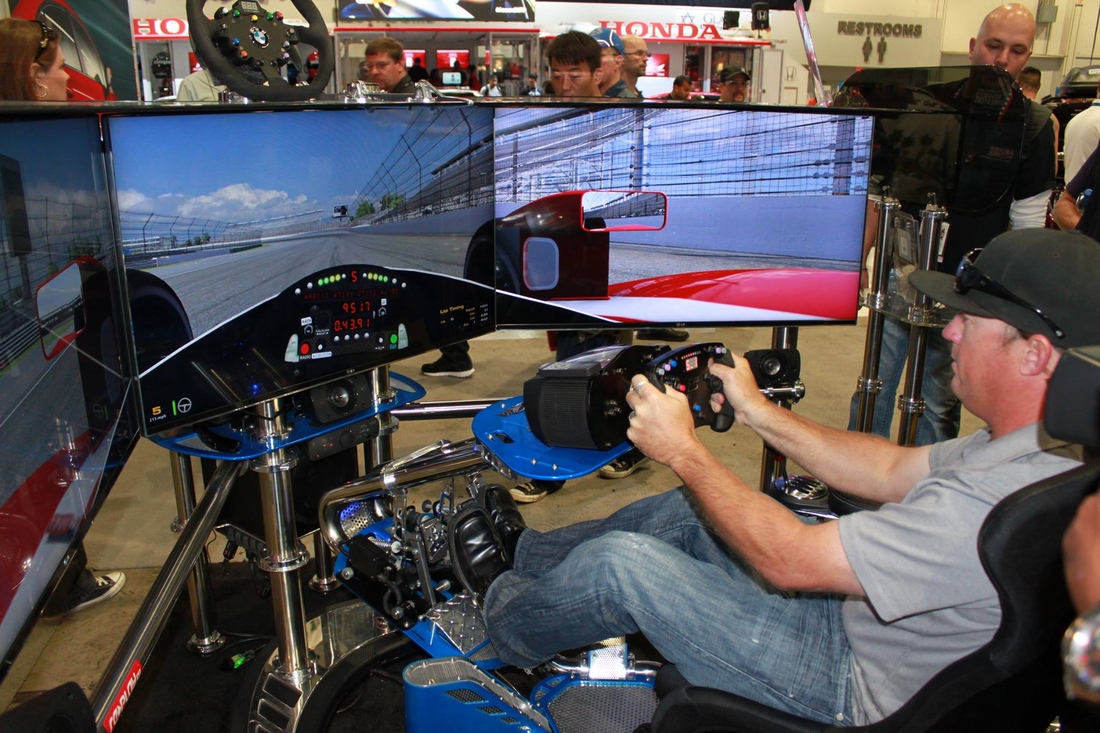 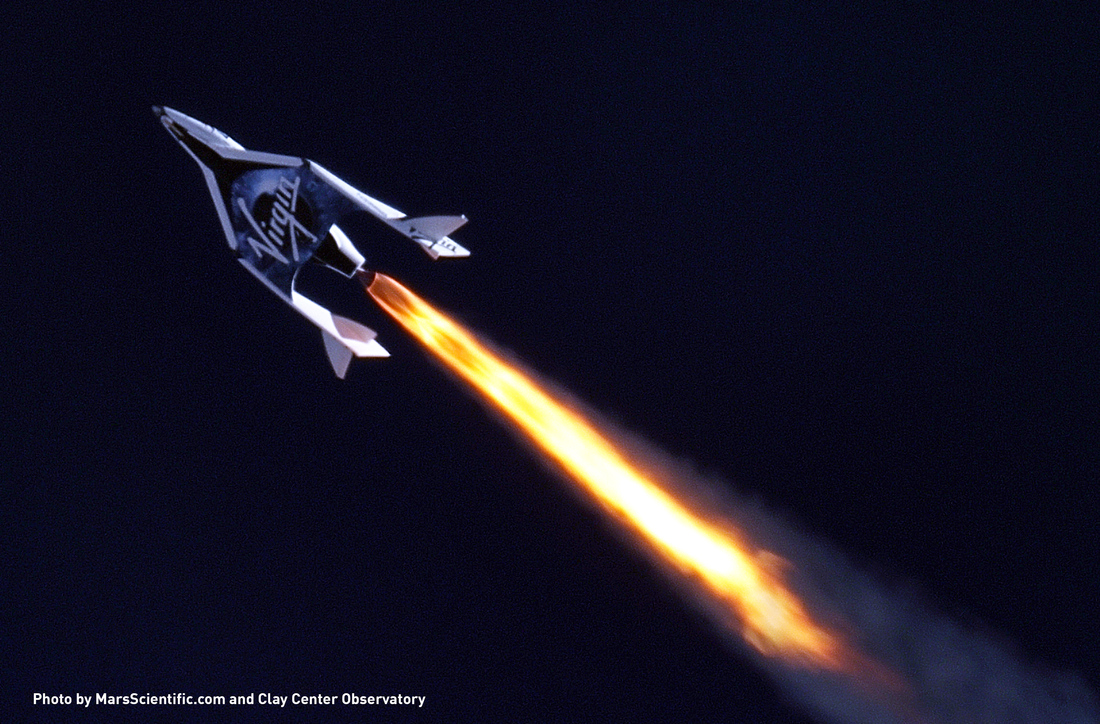 A trip into space

Space isn't so much the final frontier these days as it is a future playground for the rich and famous. And that future isn't too far off. Virgin Group's Richard Branson said the first public flight into space, aboard the Virgin Galactic, would take place this Christmas Day. That first step into space tourism will include a well-known list of passengers. Angelina Jolie, Brad Pitt and Ashton Kutcher all hold tickets for the flight. But you don't have to be famous to fly into space, just rich. For $250,000 you too can grab a reservation. That quarter of a million dollar reservation also comes with invitations to milestones, events and holidays designed to celebrate commercial space flight. No word on the particulars, but previous events included centrifuge training, traveling to California to watch the ships being built and, of course, a trips with Branson to his private island, a game reserve in South Africa, his chalet in the Swiss Alps and estate in the Atlas Mountains of Morocco. It's the gift that keeps on giving! ($250,000) 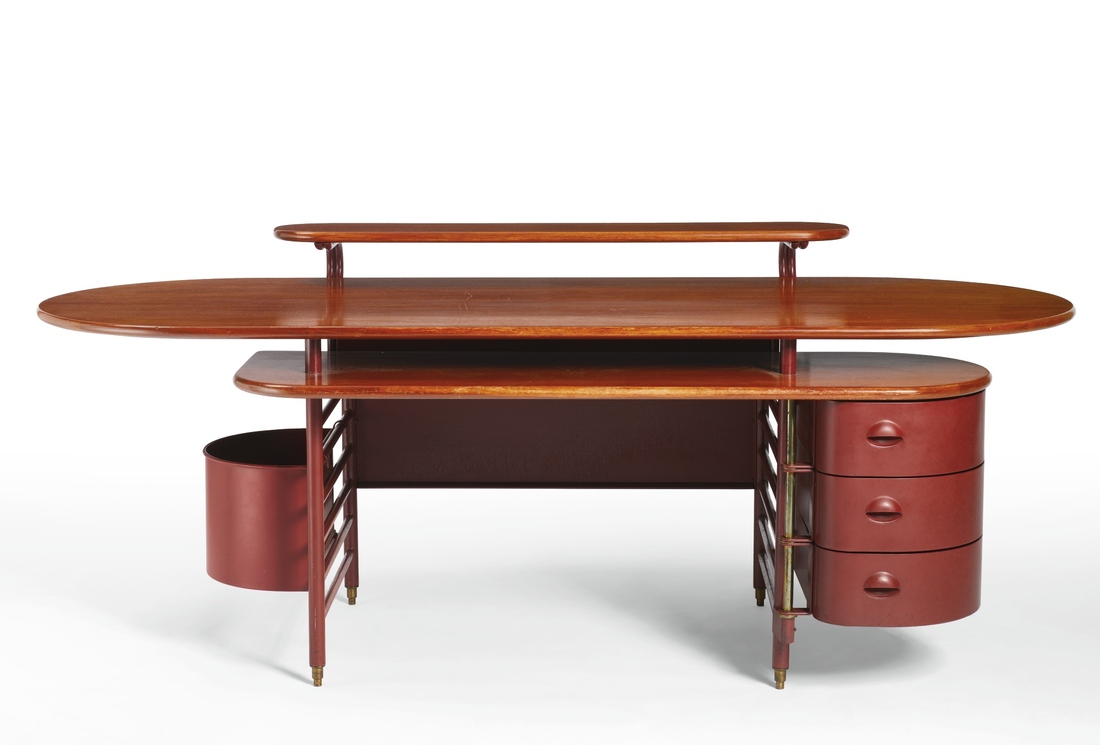 Nothing says classy like a piece from Frank Lloyd Wright, father of organic architecture. So why not grab this original FLW desk and turn it into your own piece of American history computer desk? Produced by Steelcase Inc, out of Grand Rapids, Michigan in the late 1930s, the desk is made of enameled steel, American black walnut and brass-plated metal. It features three swing out drawers and includes an interior pen tray. Before classing up your workstation as a computer desk, this piece of 20th century design was used at the S.C. Johnson and Son administration building in Racine, Wisconsin. ($400,000 to $600,000) 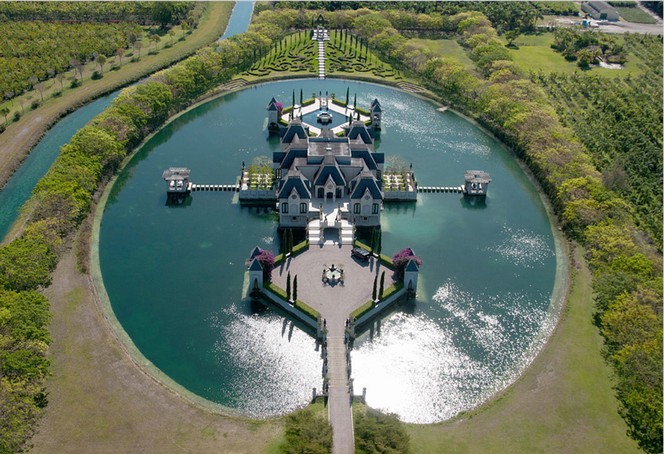 A Miami castle with moat, hedge-maze and, yes, gameroom

Why should game developers, with their fancy homes, have all of the fun? Why not pick up Miami's Chateau Artisan, a french chateau built on 14 acres of royal gardens and a private lake. It's hard to pick one favorite feature for this 19,000-square-foot home, but if I had to it would probably be that it is built in the middle of a friggin lake. To get to it you need to pass an immense fence, guard house, steel doors and finally, travel over the lake-sized moat along a tree-lined (read easy to hide ninjas) road. The house comes with "impact glass" and a full-house generator, perfect for out-surviving roaming hordes of zombies. ($12,800,000)