Whether they loved it or hated it, more than one million people from more than a hundred countries tuned into Viacom's evolution of the Spike TV Video Game Awards earlier this month, Viacom officials tell Polygon.

Those 1.1 million viewers spent an average of nearly 32 minutes watching the stream and helped the VGX trend in the U.S. and around the globe on Twitter, according to Viacom's numbers.

Sure, a lot of those tweets were negative, but those tweeters still watched the show and that's enough for Viacom, at least for now.

And that, at least, certainly wasn't the case.

The show spurred an overwhelming amount of negativity among gamers. They felt the news was light. They weren't happy with the way some of the awards were accepted. They didn't like, no, they hated, the celebrity co-host's performance.

"Death to us would have been apathy."

I brought up the latter to Flannigan, executive vice president of event production Casey Patterson and co-host Geoff Keighley during the interview, suggesting that perhaps not everyone was happy with Joel McHale, former host of The Soup and Community co-star.

"You picked up on that? We hadn't noticed," Flannigan said after laughing with the group. Keighley said I was being "too kind."

The theory the three have is that McHale, who they insist is in fact a passionate gamer and fan of many of the developers he was helping interview, became the focal point of gamers' ire because they were looking for somewhere to vent.

"You take Joel's very funny, snarky detached point of view he can bring sometimes and you throw that into a bunch of gamers who are about as hyper-critical as you can be, and I say this as a reflection of their passion and their interest, and we gave him a three hour show where they are sitting on their computers looking for something else to do when they watch," Flannigan said. "What are they going to do? They're going to post on message boards and they're going to tweet about it. It was kind of a formula for feedback and Joel became the place where they pointed a lot of their attention."

Despite that reaction, Patterson said they've love to have McHale host a future show, if there is one. 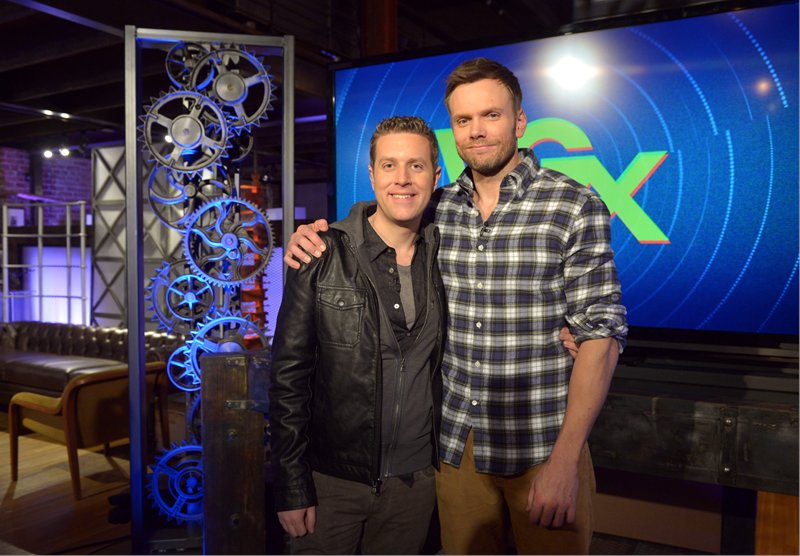 "Yes, we would love to do this show again and those are the discussions we are having right now," Patterson said. "And we'll produce that show, that stream in the same way we produced this year's which is to take the feedback of the gamers, good and bad.

"We would welcome Joel on any of our networks, any of the time, including this show."

Keighley said he was closely watching the feedback about McHale both before and after the show streamed. After the show, he said, many people were suggesting that instead of bringing on someone like McHale to co-host the VGX, they should get together a group of game journalists to do it.

"The rift we have is that then it would end up being gamers talking to themselves," he said. "Part of the appeal for me is that we can go a little bit broader with this show."

For instance, he said, there were some complaints about the musical numbers in the show, but he said that there was an audience for that segment on BET and MTV, both of which hosted the show on their websites.

"They were very interested in that," he said. "The same is true of Joel. He broadens that interest out. The balance of him and me, it broadens the reach of gaming. That's always been one of the goals of this show, to communicate what gaming is to a wider audience. People may take issue with how that is communicated or the tone of it, but that's our goal."

And from a numbers standpoint, the three say that the show was a success.

"It exceeded our expectations," Flannigan said. "Maybe the distribution of where the views came from was different than we may have thought, but we knew the consoles may be heavy and they were. In terms of total streams, we were very, very pleased. I think the number that shocked us most was the 32 minute session time. The idea that people were watching longer than a half hour show on television was, that was way beyond our wildest dreams."

Watching a bit more than 30 minutes of a three hour show may strike some as a failure, but Flannigan explained that on television, for instance, a show has to be watched for just six minutes to be counted by the Nielsen ratings. 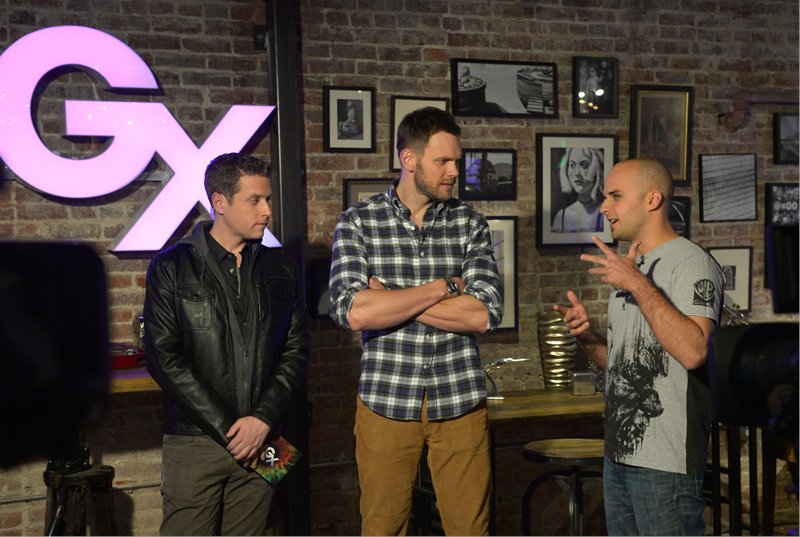 "So in our world, the idea that someone watched 32 minutes ... well we can't do the Nielsen math for you, but it would be a giant factor of what the rating was for that show."

Even more impressive to the team was how global the show became.

"In the past, [the VGAs] have always been viewed as a U.S.-centric show," Keighley said, "and we had 109 countries watching the show, no matter the time zone or the hour. It was a real revelation for us that we had people in South Africa and Australia and China watching VGX. Rewind back four or five years ago and we were a domestic U.S. television show that probably wasn't even streamed on the Internet.

"This is the first year we can profoundly say it was a truly global show live around the world at one time."

And that global reach could help strengthen the show's argument that publishers should be making their big announcements during the event. News, big revelations, was a cornerstone of the show's metamorphosis, one that included paring away a lot of things people said they didn't like.

"We were asked to make this show more universal," Patterson said. "We were asked to take away the Hollywood format that felt like it was a show built for movies and music. We heard loud and clear that gamers wanted a show that was about them. What they didn't like about the format was that it was celebrities, who may or may not be as invested in games, coming out reading the scripts, showing packages, reading envelopes on a shiny floor and then the heroes of gaming, the developers, the people they have waited to see, having 30 seconds to say thank you and get off the stage.

"We literally reversed the model and removed all of that and all of the pomp and circumstance that looks like someone else's award show."

The end result, Patterson said, was a show with "world premieres" every 15 to 20 minutes, a talk show format that broadened the discussion around those revelations and developers getting the chance to accept their awards however they wanted to.

That not everyone was pleased with the co-host of the show isn't as concerning when viewed in light of the audience size, the trio said. That so many people came from some many places to watch the VGX seems to show that the event is moving in the right direction. And Viacom certainly isn't ready to give up on it. 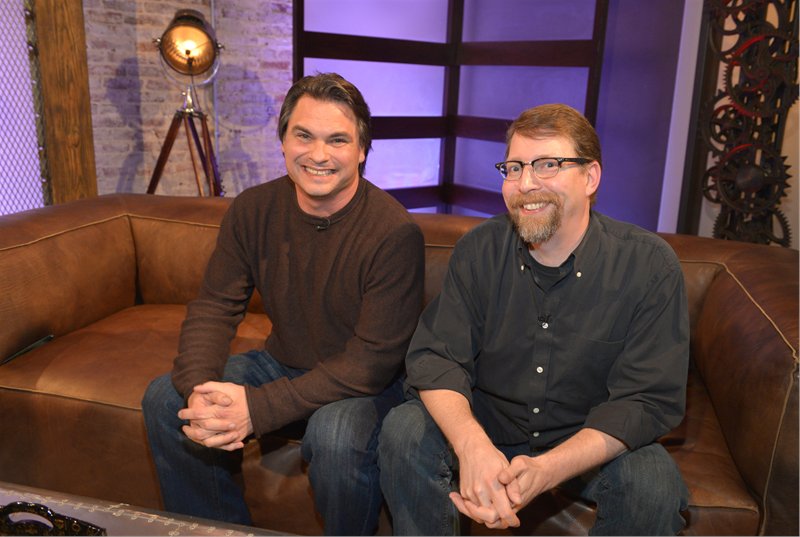 "We stayed in it with VGAs for ten years because we want to be in the space, we're really committed to being in the space and celebrating the people who make video games," Patterson said.

Talks are already underway for next year, Patterson said, and the producers continue to listen in on what gamers have to say, though she declined to say if there was anything that definitely wouldn't be coming back next year.

"The only thing we can do is assure gamers that we are listening," she said. "They can tell from the show we built this year that we like them talking to us. Good, bad, ugly, we want to them to continue to talk to us at the decibel that they have been."

Keighley also sees the positive in the negative responses.

"There was a lot of great feedback that came out of it," he said. "Sure, there were people calling for the date and time of my suicide, but there were people who also were saying very constructive things about the show.

"What I read out of it is that everyone is very passionate about what we do with the show. They come back year after year. But sometimes people get hung up on the Joel McHale-factor and don't look a layer deeper with things like No Man's Sky."

The developers "sent me a great email last week saying their lives have been changed by being on the show," Keighley said of the developers. "Now everyone is courting them." 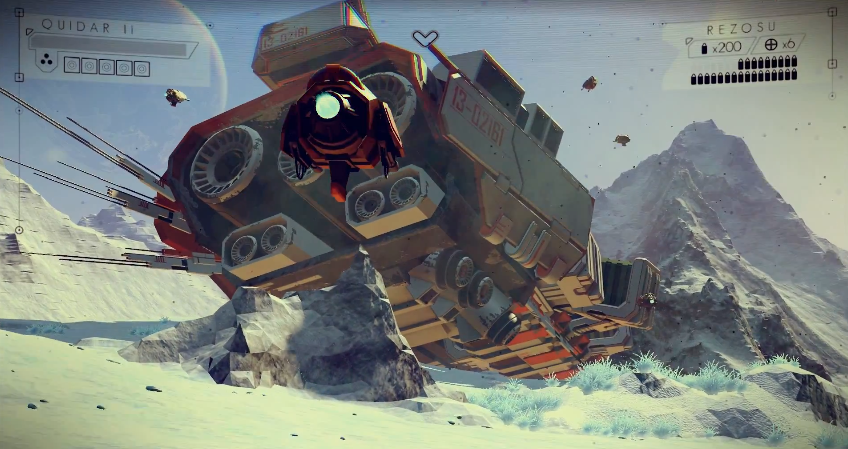 But that moment when the game was unveiled to more than a million viewers, almost didn't happen.

"I was excited to put it on stage," Keighley said. "But even they started to get cold feet the week or two before. They were worried the trailer wouldn't be good enough.

And that's sort of the point of this new format: The producers want it to change and think those changes could eventually lead to the sort of video game show everyone loves.

"This is sort of the one show in town," Keighley said, when asked why those people who seem to so hate the show still watch it. "Viacom is the one company that continues to invest in this category. They televise not just VGX but coverage of this industry in a meaningful way.

"I think people keep tuning in because they want it to evolve."