Opinion: Are AAA video games destined to get lost at sea?

Share All sharing options for: Opinion: Are AAA video games destined to get lost at sea?

From what I've seen, making a game is nothing like putting a rocket on the moon. The moon thing is easy. You know the science, you have the metal and the fuel, and the target is hanging right there above you.

No, making a game is more like sending a fleet across the world. The ships are supposed to stick together, but each one charts its own course. The captains may work well together or they may hate each other, and one ship — or some of its crew — could stop off anywhere, or turn back or disappear. It's hard to get everyone to work together, but way more important than that, it's hard to agree on the goal: What are we trying to do?

The first President Bush called it the "vision thing." And "vision" is a good word for it. The vision isn't some ephemeral staring-off-into-the-distance thing, and it's not an epiphany; in software development, a vision statement is a concrete tool. Typically it's one sentence that tells you exactly what the final product should be. If the final release doesn't meet every word of the vision, you've done something wrong; if you're trying to decide whether to hold off for six months to add some feature, you can go back to the vision statement and if the thing you want to do isn't in there, then cut it. Stating a vision is pretty useful.

Even in mushy artistic contexts, the vision is what holds everything together. Last year's Journey is a pretty good example: Every element of the game served its vision, including the visual design and the multiplayer and the jump mechanic, and that's why the game sank its hooks into so many of us. That's why it wasn't just "fun."

Games have a vision problem, especially on the blockbuster level. Some of this year's biggest titles shipped after years of effort and hundreds of millions of dollars of spending, and still are missing a core — like Assassin's Creed 4: Black Flag, which has almost no point at all, but is really good in spite of it. 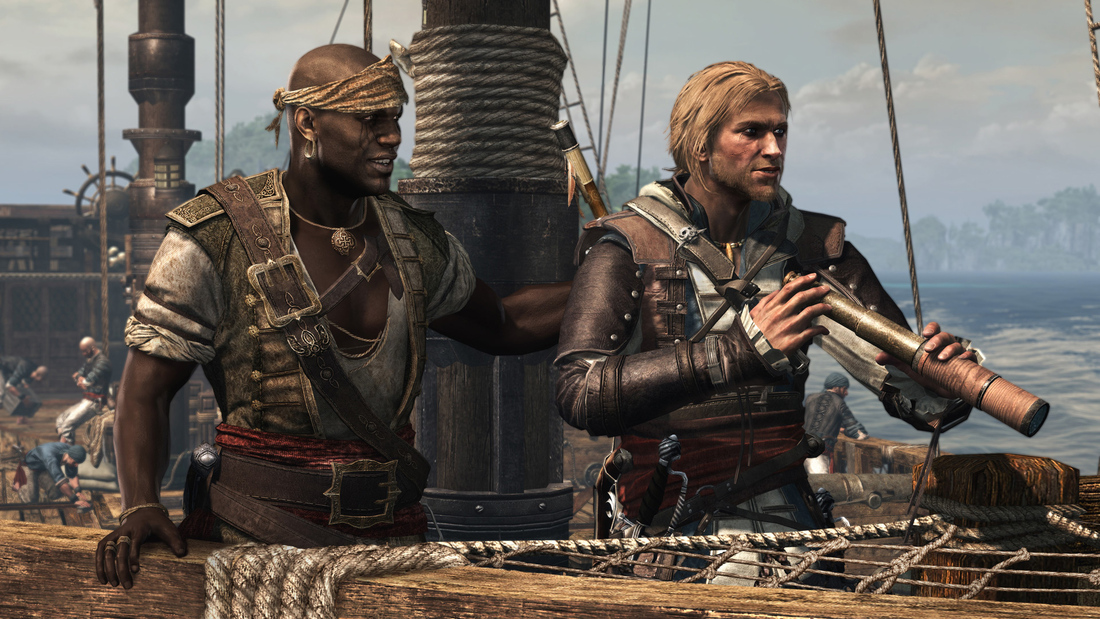 Assassin's Creed 4 is a hot mess by design — sailing in all directions, like you'd expect a pirate fleet to do. The sixth game in a hit franchise, it has way too many masters to serve, and too many perspectives to address. There are so many wonderful, well-crafted experiences here but they revolve around no axis: a historical third-person action adventure with a Portal-esque fourth-wall-tickling first-person sequence grafted on top; a pirate game that muddles around with Templars and assassins; a self-important concept that plays like Animal House on the high seas; a game with a rich and blood-chilling script but a scenario that's like a Nerf football tossed in a tree; a magnificent seafaring campaign with silly stealth sequences — a game where the sum isn't less than the parts, so much as there is no sum, just glorious parts.

Like a lot of games, Assassin's Creed 4 leaves a big, gaping hole for the player. Not only do you decide what to make of the experience, but you can even spend more money to skip the parts you don't want to do. Rayman Legends, another best game of the year, is saddled with a similar device, where you can go into its publisher's Uplay store and buy "lums" to unlock more heroes. The Uplay store blotches both of these Ubisoft games like a skin cancer, a cynical upsell channel that's managed by sickly people who wear expensive wristwatches — and their input as stakeholders corrupts what should be a thing of pure joy.

Assassin's Creed 4 leaves a big, gaping hole for the player

If the last gen gave us teams that felt like fleets — so many big, expensive ships, all trying to land at the same place — in the next gen, the fleets will get bigger, but they won't have a single destination: Their ships will scatter across the world, some of them aiming for a cogent narrative, others for multiplayer or second-screen experiences, still others for revenue maximized through player microtransactions. Some of the ships will sink; others will spin in circles and their captains will grab at whatever technology they have, from spyglasses and wireless radio to PowerPoint and Jira, to try to figure out where to go. And as for the players? We'll be hanging onto the rails, lurching with the waves and praying to ourselves that at least we'll land somewhere fun.

Chris Dahlen is your new monthly pal. He is formerly of Edge, The Onion AV Club Paste, and Kill Screen Magazine, where he was co-founder and editor. He was also the writer on Klei's Mark of the Ninja. Look him up on Twitter@savetherobot.