As part of Nintendo's "Cyber Monday of Luigi," players can get the silver 3DS XL system featuring line drawings of Mario and Luigi and a pre-installed downloadable copy of Mario and Luigi: Dream Team for $199.99.

The Mario and Luigi: Dream Team bundle joins a handful of other 3DS XL system bundles Nintendo has released this fall, including two Pokemon X and Y-themed systems for $199.99, the Cobalt Blue Luigi's Mansion: Dark Moon bundle for $169.99 and the gold The Legend of Zelda: A Link Between Worlds bundle for $219.99. 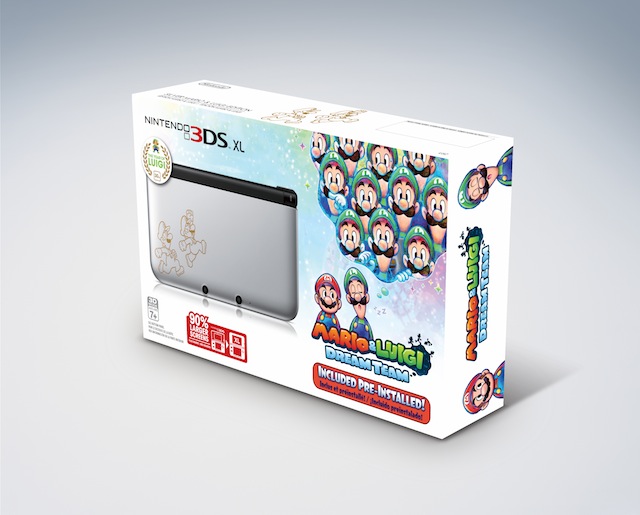