More than 7 million Steam users were logged in at the same time last night, a new milestone for Steam usage, according to Steam's stats page (as spotted by NeoGAF).

Steam broke the 7-million-user mark just after midnight ET today, and reached peak usage of 7,190,345 concurrent members right before 2 a.m. ET, as you can see in the graph below.

The new mark represents a growth of about 1 million users over the past year: In late November 2012, Valve surpassed 6 million concurrent users for the first time. This past October, the company reported that it had reached more than 65 million total Steam accounts, a jump of 30 percent in the past year — which means that last night, more than 10 percent of Steam users were logged in at once. 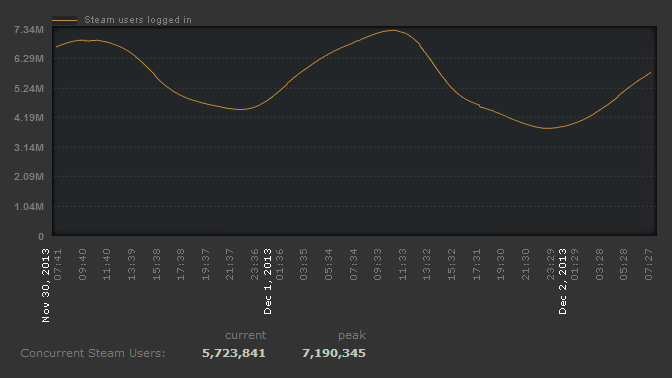