How to make simple games shine

Share All sharing options for: How to make simple games shine

Often it's said that simple is best, most especially in a field as prone to undue complexity as game design. But too much simplicity in a game can be self-defeating.

Take tic-tac-toe. We learn to play with the noughts and crosses almost as soon as we are able to wield a pencil. But the game's charm soon wears thin. By around age five, most children can play as well as any adult and the fun grinds to stalemate.

Likewise, pastimes like "I-spy" and "match the cards" lose their allure as we get older. And yet, many games companies are looking to convert these most rudimentary ludic experiences into compelling games that grown-ups will enjoy.

Tic Tactics is the latest iOS game from Los Angeles-based Hidden Variable. The company's previous work was Bag It, which took the mundane exercise of filling grocery bags and turned it into a hit game, with eight million downloads.

"It aligns with our philosophy which is to take everyday things that seem mundane and then find the fantastic that is lurking within them, said co-founder Charley Price. "Folks can jump in, which is important with mobile and casual games. If you can come in with some built in knowledge and some familiarity that you can apply then that's good."

Tic Tactics is an asynchronous version of tic-tac-toe, played on nine grids at the same time. Price said that his business partner, a ranked chess player, had become interested in the strategic possibilities of the classic game.

They researched various modified, complex versions of tic-tac-toe and customized that to suit mobile games. Each move the player makes directs the opponent toward a certain section of the game. This adds a layer of strategic potential missing from the original, and from attempts to complicate the rules by merely adding more squares.

Also, because Tic Tactic's strategic core doesn't kick in until late in the game, players begin by taking nine placements each, which have the potential of cancelling each other out.

"It's a really interesting way to make the game compelling right from the start," said Price. "Instead of making people play through this slow ramp up, they can exercise their strategies and personalities right away."

He said that the game is "not as complex strategically as chess or Go, but it's way ahead of checkers." 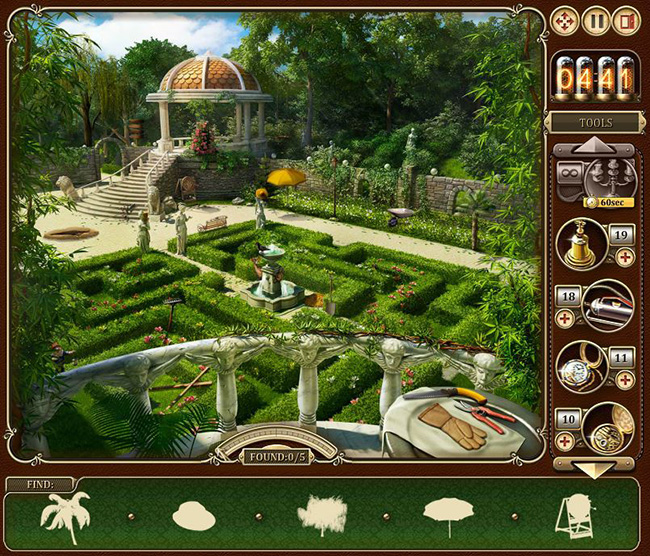 Hotel Enigma from Game Insight is a complex version of I-spy, a hidden artifact game for grown-ups. This is a genre that has found much success on iOS, as people gaze at lovingly crafted visas in search of visual clues. It's difficult to imagine a more simple game. And yet, there is a craft that goes into taking something so straightforward and turning it into a deep and engaging game.

"Creating a game that will attract common interest is a challenge," said Leonid Sirotin, chief producer at Moscow-based Game Insight. "It's about simple mechanics built around a big, logically consistent world that on the one hand doesn't contradict simple, common logic, but on the other hand, is filled with many details, specialties, characters and events.

"The simple mechanics of this game model open the game up to a broad audience, from children to senior citizens, and having a game world that is interesting and full of events helps us ensure, to some extent, that players will stay interested and engaged in these mechanics and will return to the game with the understandable desire to discover what will happen next in the story we're telling."

He said that games with simple rules can appeal to adults seeking to recreate the fun of childhood play. "Sometimes it is useful for adults to relive the feeling of childhood as a way to disgorge their consciousness, to return to some spontaneity of perception that loses its sharpness under the oppression of their adult experiences and reflections. It's useful to dip into a world with clear and understandable rules, where your results depend solely on yourself."

Another game enjoyed by children is the memory game find-a-pair, in which cards are overturned. revealing images, which must then be paired with other cards. Online Science Classroom makes a series of "Brain Training" games, including adult versions.

"The game is very simple and straightforward," offered Helen Cross, project manager. "It is for children and adults so it has different topics and different levels of difficulty. Children interested in playing simpler levels will find topics like animals and cartoon characters. Adults choose difficult levels and topics, such as road signs and flags."

Sirotin said that the secret of making simple games into something that is fun to play, is to embrace simplicity. "In order to make a great game, it's necessary to love games honestly and sincerely, and to be unafraid of returning to what has been done before," he said.