Risk of Rain is the ideal roguelike.

This less-and-less-obscure genre is known for incredible difficulty and the constant pain of restarting from the beginning after a single death. It sounds like something that would drive most audiences away. But in recent years, a growing number of indie developers have divined ways to emphasize the challenge and randomization that makes roguelikes compelling while simultaneously making them more approachable, less intimidating.

Hopoo Games' Risk of Rain is the latest culmination of this trend, and it's fantastic, even in light of a few rough patches. It builds skills smoothly without losing the sometimes masochistic difficulty, and it offers a sense of progression while maintaining permadeath. It's the kind of roguelike I could recommend to almost anyone.

You begin Risk of Rain by choosing a class, though only one is available at the outset — the commando. According to the minimal, inconsequential story, the commando is traveling aboard a cargo ship that has crash-landed onto a hostile planet full of angry alien life. His mission is to survive, collect as much of the scattered cargo as possible and, eventually, to discover and stop whatever force caused the crash.

That cargo plays an important role in setting Risk of Rain apart. It's presented in the form of chests that you can pay in-game money to unlock as you find them. Most chests contain an item, and most items modify your abilities and make you more powerful. There's obvious stuff like the bitter root, which increases your overall health by a certain percent. Then there's more interesting loot like the "happiest mask," which causes a friendly ghost to spawn every time you kill an enemy. Each item is unique and though there are nearly 100, almost all of them are useful, so I rarely felt like I had wasted money opening a chest.

It helps, also, that you can carry almost as many items as you want. You're only allowed a single usable item, but those are rare and generally not as important. Most items are passive and can be stacked for greater bonuses. The game keeps a running tally of which items you've found on the bottom of the screen, and in my best runs there would be three rows of these items and enough chaos on screen to cause the framerate to take a hit — in a way that was more satisfying than detrimental to gameplay. A huge collection of items always made me feel like a complete badass, which balanced perfectly with how much of a weakling I was at the start of every run.

Of course, I couldn't become overpowered until I learned to survive long enough, which is a tricky task in its own right. The goal in each of Risk of Rain's 2D, pixel-art levels is to explore until you find a teleportation device, at which point you need to start it up and endure a 90-second onslaught of enemies before warping to the next level. I quickly learned that it's best to explore the large levels in full before activating the portal, so that I could gather as many items as possible. But the longer a run has gone on, the higher the difficulty level climbs, introducing greater numbers of enemies that are more powerful and aggressive. It creates a great tension between needing to explore more and needing to move quickly, and it means I was rewarded for learning the semi-randomized level layouts.

But every time I became grounded and thought I was starting to master Risk of Rain, the game threw something new at me. Unlockable classes, in particular, mix things up. As it turns out, the commando is the game's vanilla class — with a relatively fast and powerful assault rifle as a weapon, abilities that allow him to push enemies back and the option to dodge out of the way when necessary. He's fun and totally viable for winning, but his mechanics are far from the full depth that the game has to offer. 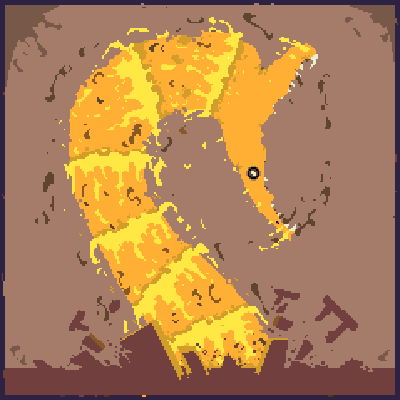 Other classes come with quirks that make them more difficult to master but often more fun. For example, the enforcer is an extremely slow class, but his close-range shotgun deals a lot more damage per blast, and his shield allows him to block all incoming damage if used wisely. The sniper can attack from extreme ranges and one-shot even the most powerful foes, but they're incredibly weak up close. Some later class unlocks are even melee-focused, which I can barely wrap my head around. New classes aren't just slight modifications to Risk of Rain; they completely change how you approach the game in ways that make replaying even more delightful.

Those new classes are unlocked with the same method that you use to unlock new items: by accomplishing specific tasks. The sniper was my gift for completing the game the first time. Surviving for 40 minutes in a run unlocked "the ol' lopper," an axe that allowed me to do bonus damage to enemies who were low on health. In addition to providing goals beyond simply beating the game, these unlocks gave me a constant feeling of progression, a welcome aspect to a game where dying wiped out most of my progress. 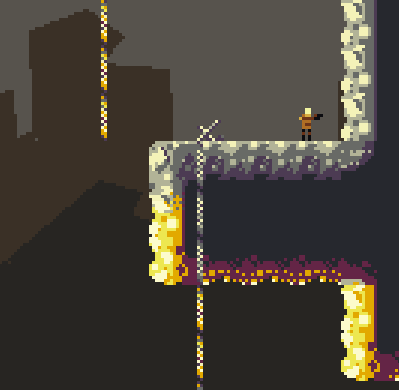 Risk of Rain's lack of clarity regarding unlocks is less welcome. It has three initial difficulty settings — in order from easiest to hardest: drizzle, rainstorm and monsoon. Beyond just increasing the challenge, the game warns that "progress will not be saved in this mode" when selecting drizzle. But I spent a good three-fourths of my playtime in drizzle — which made it easier to get a handle on things and test out new classes — and unlocks absolutely were saved. Don't get me wrong, I'm thankful that my exploits on the easiest difficulty still allowed me to access more stuff; I'm just not sure if it was a bug or poor wording in the difficulty select screen or something else entirely.

This lack of polish extends to a lot of smaller areas in Risk of Rain. Controller use is supported perfectly in-game but randomly doesn't function on some menus. The co-op option is fun but laggy and requires an archaic process of opening a port on your router to make it work. I even experienced a couple of hard crashes. In a game like this, a crash can cost as much as an hour or two of work; if you're far along in a run that's going really well, it's devastating.

Risk of Rain is a great blend of difficulty and approachability

These blemishes are annoying, but they're minor compared to what Risk of Rain has accomplished. It mixes together the challenge, randomness and discovery that make roguelikes so endlessly replayable, but in a form that also feels more welcoming. Even with over 15 hours under my belt, I've still got classes left to unlock, items left to find and plenty of meta-game strategy to master. I've been scared off by similar games, but Risk of Rain is worth the struggle.