Dig to the center of Tiny Brains, and you'll find something precious: the concept of four friends solving puzzles together.

Tiny Brains never quite knows what to do with the idea, as if its creators were torn between making a single-player and cooperative game at the same time. The result is messy, repetitious and safe.

Tiny Brains is an exploration of one silly gimmick. Take the skills necessary to beat a puzzle game and divvy them up amongst four distinct characters: the bat shoves objects, the rabbit attracts objects, and the mouse swaps places with objects, while the hamster materializes a platform of ice that helps reach high places. The goal is to get through a science lab by combining these skills, traversing platforms, dodging traps and squashing enemies.

We'll get to the story and character in a bit, but they're hardly the point. Tiny Brains is essentially a game in which four humans scream over one another about how to solve children's puzzles. That the puzzles are so easy, and that everyone is essentially saying the same obvious solution, produces a mental sensation that is somewhere between fun and frustration. Playing Tiny Brains is sort of like biting into a ghost pepper. You like it, but you also sort of hate it. And it's pointless to do it alone.

The base of Tiny Brains is sturdy: It's a true cooperative game — playable locally or online — that requires teamwork and punishes trollish behavior. What's built atop the base, though, is just so average. 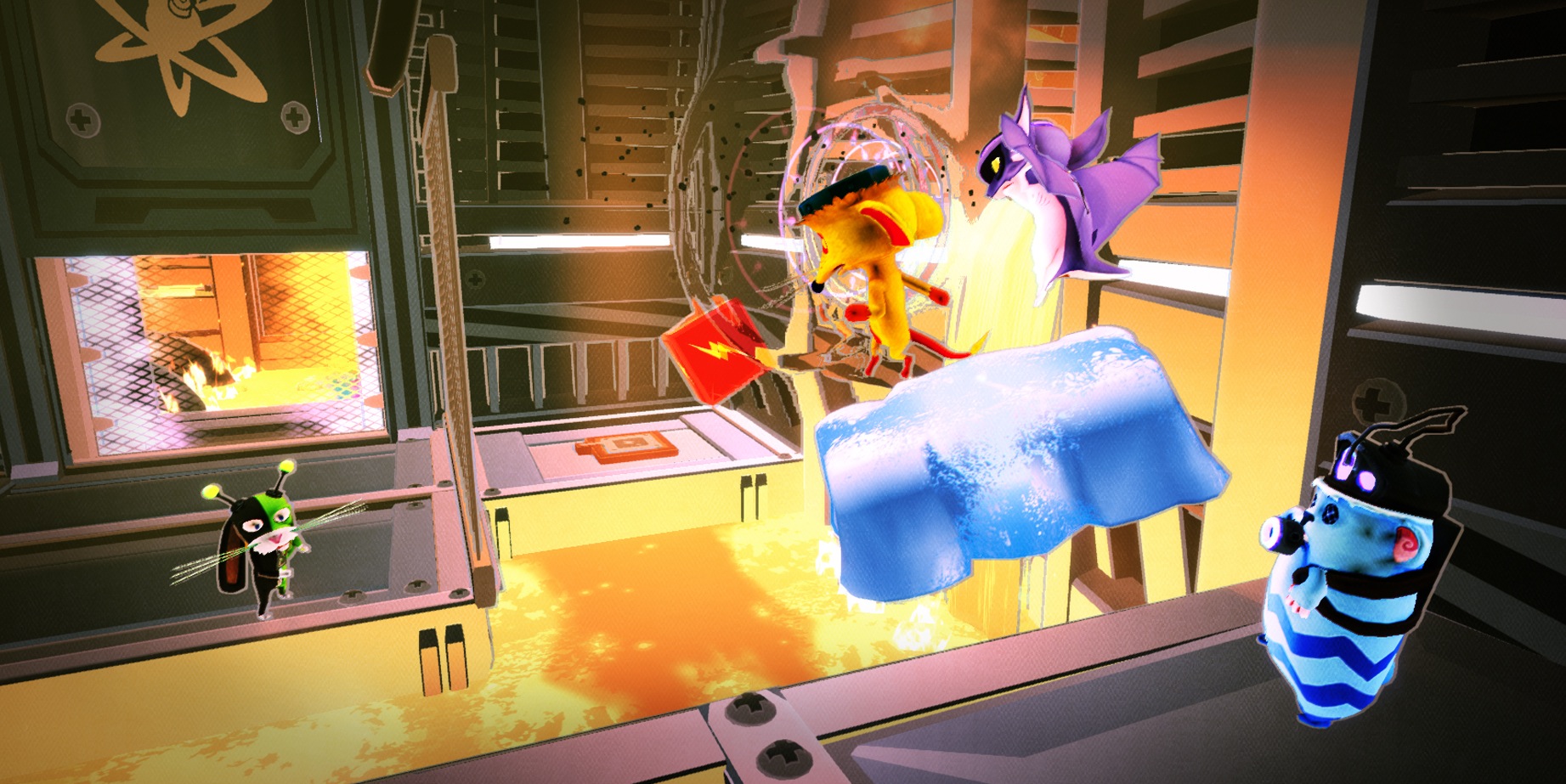 Playing Tiny Brains is like biting into a ghost pepper: you like it, but you also sort of hate it. 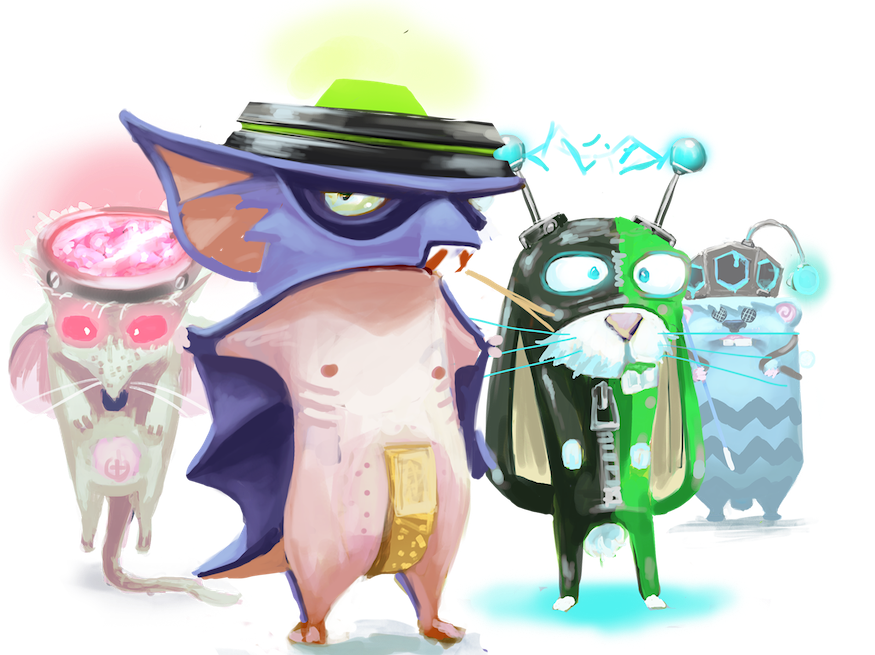 Many of the puzzles reappear throughout the course of the short adventure, slightly modified or remodeled. Puzzles felt so familiar by the conclusion that playthrough felt more like a speed run: I instantly recognized the problem, applied its solution and moved on.

Little non-puzzle arenas scattered throughout encourage players to slow down and chill out. But it was in these arenas I'd notice the frame rate issues or the image tearing. There's a commendable, fun-loving spirit in Tiny Brains marred by pesky graphical hitches and the rare and bizarre glitch, like the character walking around a giant blue space before falling to his death. It's hard to have fun when you've been warped into an existential nightmare.

Like Portal, the game that made wacky science labs the go-to setting for mainstream puzzle games, Tiny Brains has a malevolent comic narrator, and a fair amount of backstory told through the art assets pasted onto the walls and floors of each stage. Completing the game gets you a cheeky, self-aware song. But unlike its inspiration, none of Tiny Brain's tiny bits coalesce into something interesting or especially funny. It's too safe, too overthought.

It's possible, but painful, to play alone. The lonely player must switch between characters, which happens with the tap of a shoulder button, and make quick use of a brief slowing of time to string together the various moves. You don't get the sense that developer Spearhead wanted to include the option to play solo.

Curiously, the designers created a character named Jules that can perform all the abilities without swapping between characters. However, he's limited to a special mode that unlocks after completing the game. I can't go back alone. Not again. Sorry, Jules.

Tiny Brains also includes a competitive mode for besting scores of other players across the globe, a soccer-like mini-game that incorporates the various powers, and a troll mode, also unlockable after completing the story, that lets you troll friends with the characters powers — essentially friendly fire — as you replay the story. All are fine additions, though none were enough to keep Tiny Brains installed on my console.

You don't get the sense Spearhead wanted to include the option to play solo.

It's possible, but painful, to play alone. 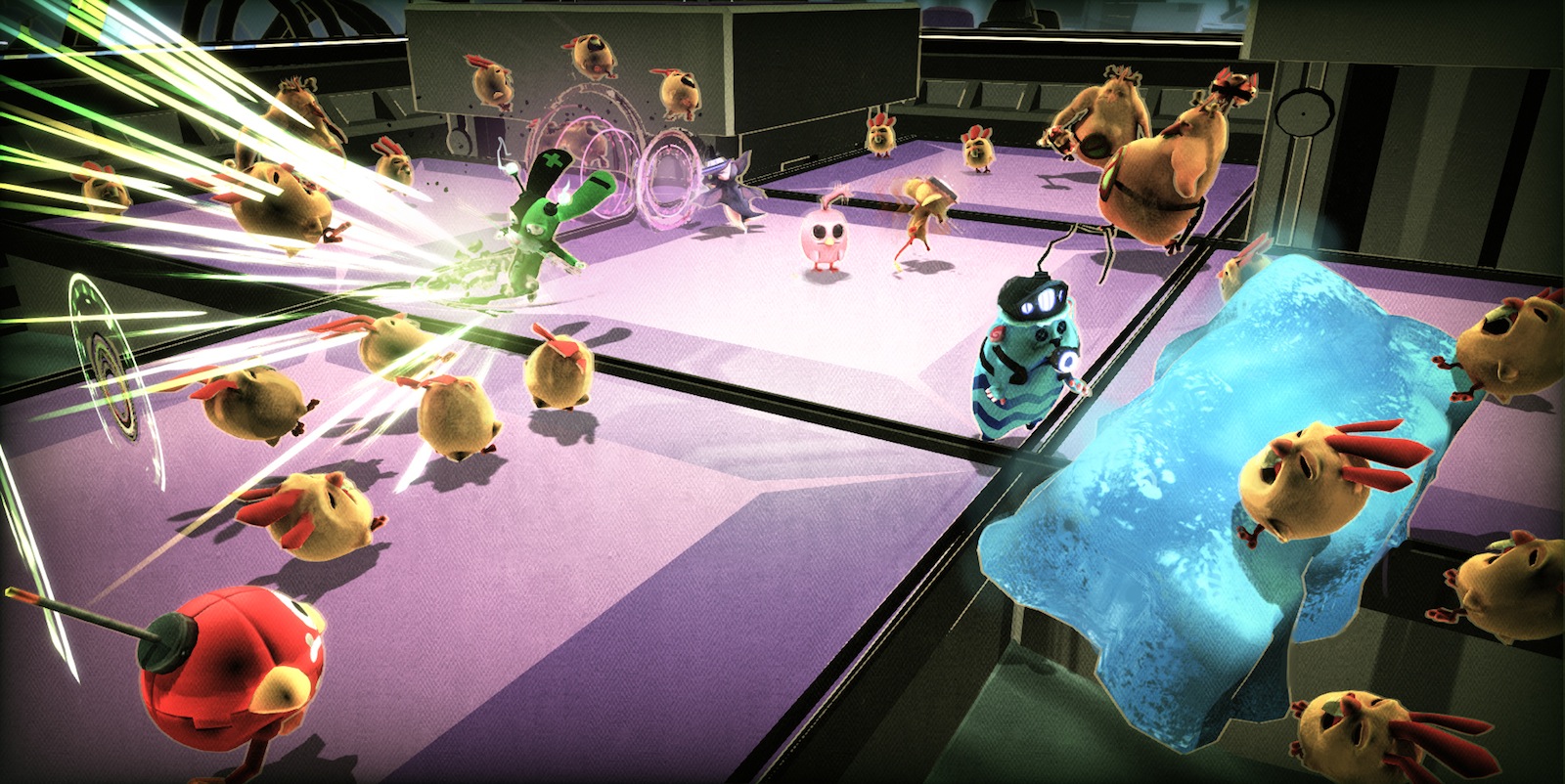 If you plan on playing Tiny Brains persuade some friends to join you. Bribe them, if you must — I find food and booze work best — but whatever you do, don't play alone. Alone, Tiny Brains is a bad game; with friends it's just forgettable.