Share All sharing options for: Diablo 3 Lord of Terror and sword of Tyrael coming from NECA

Toymaker NECA is releasing two Diablo 3-themed items early next year: a deluxe action figure based on Diablo's appearance in the third game and a prop replica of El'Druin, the Sword of Justice.

The Diablo, Lord of Terror action figure stands 9 inches tall, with a tail that measures more than 12 inches, and boasts 25 points of articulation. Diablo's spiky, plastic representation is the work of Blizzard sculptor Brian Fay and NECA's Alex Heinke. It's a far more playable version than Sideshow Collectibles' Diablo 3 statue, also by Fay, which ships next June. 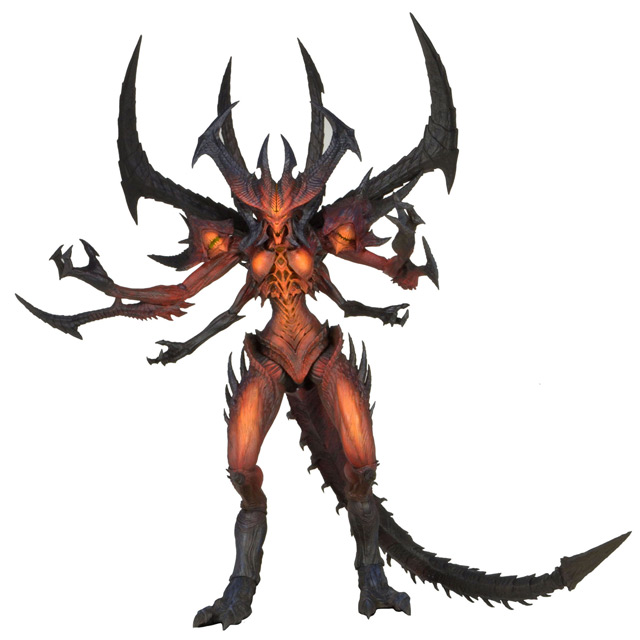 NECA is also releasing a replica of archangel Tyrael's legendary weapon, El'Druin, the Sword of Justice, next year. The prop measures more that 42 inches tall and is built from digital files used in Diablo 3.

The sword features a "pulsing blue LED light in the hilt, simulating the awesome protective powers the sword draws from the High Heavens."

"Each El'Druin is carefully crafted of ABS, plastic and PVC in a construction designed for durability and impact resistance," NECA said in its announcement. "Afterwards, it is hand-painted in gold and silver, using a mix of washes and dry brushing to enhance the detail and the metallic feel. The result is a realistic replica that looks just like the real thing, but is perfectly safe." 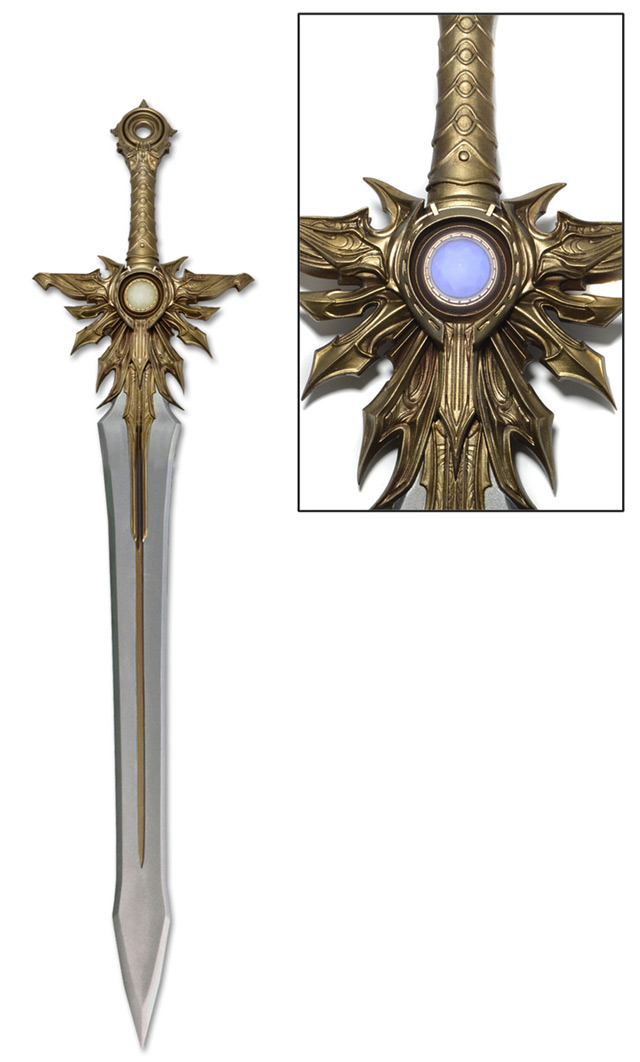 Both the Diablo, Lord of Terror deluxe action figure and the El'Druin, the Sword of Justice replica are planned for release in March 2014.