Looking back: Civ V designer 'At the Gates'

Tweeters is a happy bird. He has a big cage to hang in. Lots of sticks and ladders to climb on. Things to chew and eat and flap against. He's got it good, for a bird. And he's madly in love with game designer Jon Shafer.

Share All sharing options for: Looking back: Civ V designer 'At the Gates'

Tweeters is a happy bird. He has a big cage to hang in. Lots of sticks and ladders to climb on. Things to chew and eat and flap against. He's got it good, for a bird. And he's madly in love with game designer Jon Shafer.

Shafer is an indie game developer. That, in itself, could be a headline. After almost a decade in the game industry, Shafer has started a new game company, Conifer Games, and unveiled his new game, At the Gates. The Kickstarter went live today, concident with the announcement of the company. The plan took shape longer ago than that.

Shafer founded the company using the money in his savings account. He works out of the living room of his girlfriend's house. He has no paid employees. He is, in these ways, a fairly typical indie game developer. If his Kickstarter fails, At the Gates will not get made. If that happens, Conifer will likely fold and Shafer will probably go broke. Is he worried? Not so much.

"People ask me, 'What if you need more money?'" Shafer says. "I'm like, 'Well, I'll sell my house and sell my car.' They're like, 'Sell your house and your car?' 'Yeah. I don't need it. I need my computer. If I had to sell my computer, that'd be a problem. But my house is a house.' So what? I can get another house, another car. Whatever."

Shafer's blasé attitude toward business financing might seem naive but for one thing: This is not his first rodeo. Shafer was the lead designer on the best selling strategy game in recent memory; the mega-successful Civilization 5. That he's only 27 years old is just a trick of the light. He started when he was 19 and by 24, he was working at Firaxis, heading the team behind Civ V alongside video game legend Sid Meier. Since then, he's consulted at Stardock on the troubled, but ambitious Fallen Enchantress and taken a good, hard look at what he wants to accomplish with the next many years of his so-far short life.

Excerpt from "They could be heroes: Conifer at the Gates." 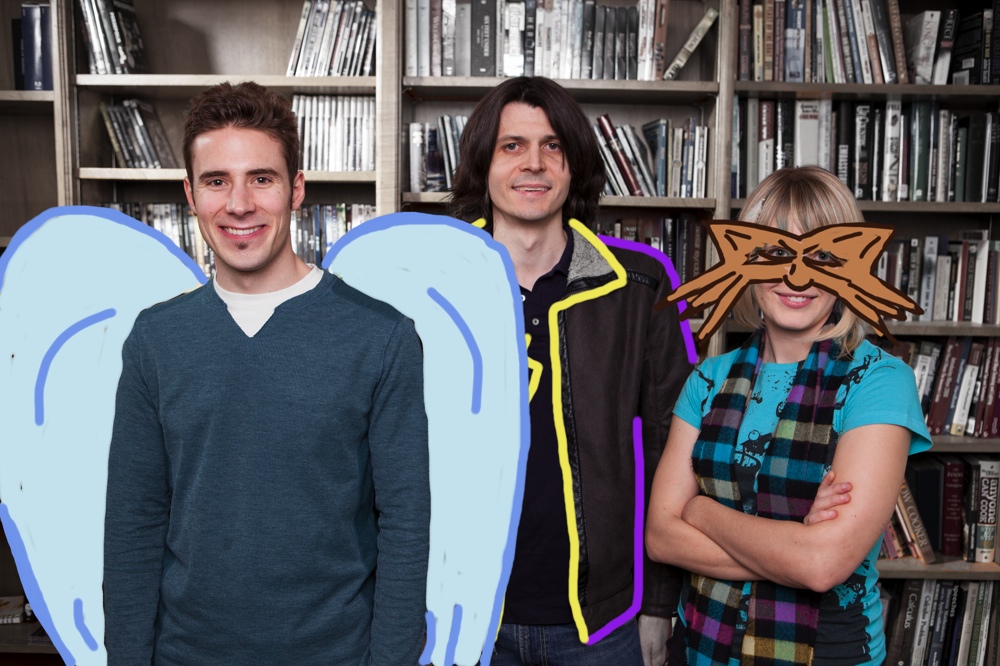 Earlier this year we published "They could be heroes: Conifer at the Gates." Features editor Russ Pitts spent a few days in February with Shafer and his Conifer team (comprised of Shafer's fiancé Kay Fedewa and programmer Johnathan Christ) at the fledgling game company’s Detroit area headquarters. Which is actually Fedewa’s house.

While Shafer’s move to indie development (and away from platinum-selling strategy game mega-power Firaxis) might have surprised some, for Shafer it was a natural evolution.

Before he was lead designer on the latest installment on the Civilization franchise, Shafer was a modder. He taught himself game-making by building levels for other people’s games (including Firaxis’ Civ 4). When he hired on at Firaxis, he was still in college. He finished his final semester doodling on a Civ 4 expansion sitting in class.

While he says the decision to leave the wildly successful strategy game developer was a difficult one, for Shafer, it ultimately came down to the opportunity to go back to his roots and build the kind of game he wanted, without having to worry about the demands of a big publisher.

"With these really big, big public companies, they are kind of in this situation where every game has to be a hit, because they’re making other games that aren't hits, that aren't making money," Shafer says. "It's kind of a self-perpetuating cycle. It's really kind of scary. I like the idea of always moving, always changing, always innovating and trying new ideas, trying to explore. That's so difficult to do at a big company that needs that security and that stability to know that they're not going to have to lay 2,000 people off because you wanted to have fun."

The Kickstarter campaign for Conifer’s first game, At the Gates launched the day our story went live. The game had fully funded at $40,000 in less than a week, and by the end of the campaign had raised more than $100,000.

At the Gates will be a 4X strategy game based on the fall of the Roman empire. Players will choose one of several factions helping to bring down the Romans and will feature weather and changing terrain. Testing began this Fall and the game is expected the be finished in the summer of 2014. Shafer, meanwhile, keeps a meticulous blog about the development of the game and his general design theories at jonshaferondesign.com

Read the full story: They could be heroes: Conifer at the Gates