Max: The Curse of Brotherhood has good elements but inconsistent quality

Fancy watching a kid get killed like a thousand times?

That's exactly what I got to do in Max: The Curse of Brotherhood, the new puzzle platformer from Press Play. Despite the kiddie veneer, a steep difficulty curve and often imprecise controls meant I steered the titular hero toward death enough times to turn Wile E. Coyote's stomach.

If you need yet more evidence that parents should be monitoring their children's internet usage, consider the intro of Curse of Brotherhood, wherein Max attempts to rid himself of his brother Felix via a spell he finds online. With his sibling sucked into a magical dimension fraught with danger, it falls to Max to rescue Felix and spare himself the grounding that surely results from banishing your brother into a nightmarish hellscape.

Max's primary method for traversing and shaping this new world is his marker, which is imbued with the power to create columns of dirt, vines or even jets of water. Each power can only be used at a specific location; usually there's a specific way Curse of Brotherhood wants you to use the powers in concert to progress. 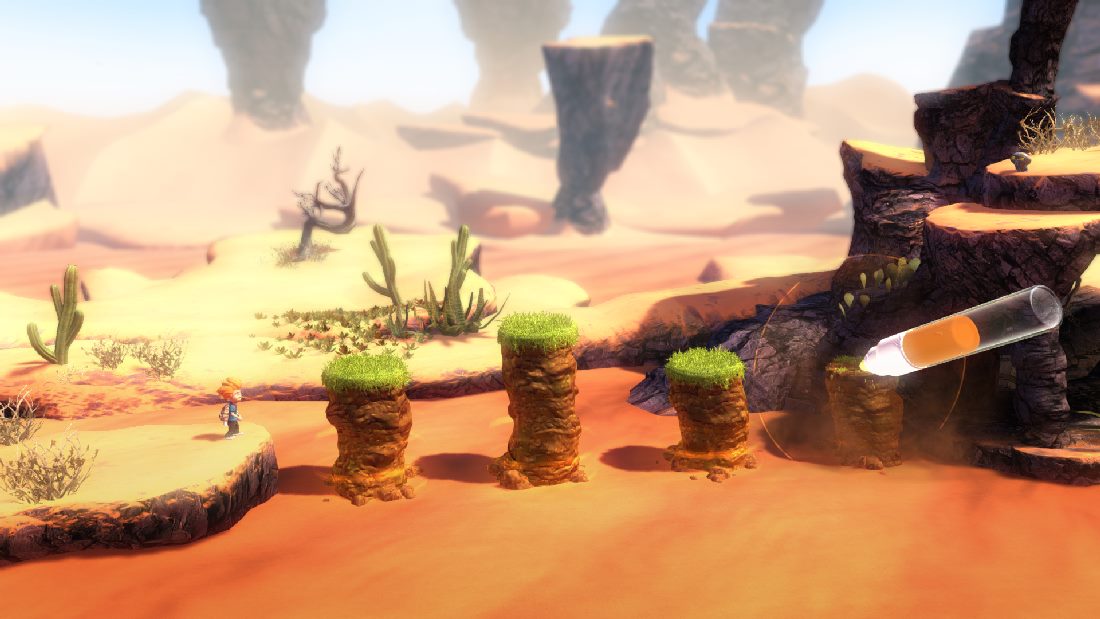 To cross a large gap, Max may need to draw a branch, connect a vine to said branch and then follow it up with a water jet that catches the diminutive hero midair and propels him to the other side. It's a more refined take on the ideas of predecessor Max and the Magic Marker, though it also allows for a lot less experimentation.

They may be singular in solution, but these puzzles rarely recycle ideas. While building on the same principles, almost every situation requires some lateral thinking to cook up a new way to use Max's abilities together. I frequently felt like I had cheated the system with my cleverness and walked away feeling very proud of myself — even though, of course, I had actually just found the intended solution. There is very little hand-holding here, and that makes puzzle solving really satisfying. 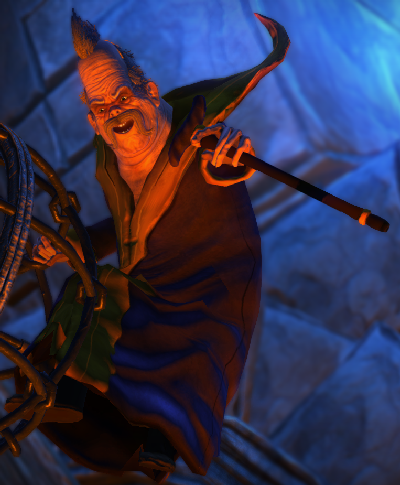 Actually executing my solutions was a lot less satisfying. The Xbox thumbstick just isn't precise enough for drawing the shapes needed to make the physics puzzles play out as intended. I often had to redraw limbs or water jets several times because I couldn't get the perfect angle. This is doubly irritating in the dramatic moments when time slows and you've got one chance to draw a vine or branch to save Max's life.

When those sequences do pan out — when Max slides down a collapsing bridge, jumps a gap and catches a vine at the last second — Curse of Brotherhood is genuinely thrilling, not unlike watching the adventures of a pre-pubescent Nathan Drake. But the momentum is too often marred by the shoddy controls. At least checkpoints are frequent, so even the cheapest deaths aren't too detrimental.

That momentum is similarly disrupted by some annoying technical hiccups. I had at least two full crashes and one particularly irritating moment where Max fell through a floor and I had to restart at an earlier save.

Those crashes weren't even the most controller-chucking, frustrating moments, though. That special honor must be handed to the game's climactic boss battle in which I died at least 50 times, often in an instant kill I had no way of preventing. It's the only real boss fight in the game and relies more on twitchy action than puzzle-solving, making for a maddening conclusion that didn't build on the skills the game taught me.

The momentum is disrupted by some annoying technical hiccups

The difficulty, finickiness and lack of hand-holding is especially confusing when everything about Curse of Brotherhood's presentation screams "kid's game." It's not just the stylized storybook look, though environments are lush and lovely enough to appeal to anyone. But the simple dialogue never reaches for adult humor or real drama. It's cute, make no mistake, but it's aimed squarely at the younger set, lacking the layers that make Pixar films — to make a slightly unfair comparison — appeal to all audiences.

Max: The Curse of Brotherhood has good elements but inconsistent quality

Max: The Curse of Brotherhood finds itself in an odd fissure between adult and kids game. A child would almost certainly find themselves too frustrated to finish it, and an adult determined to muscle their way through isn't likely to be engaged by the world or story. It provides plenty of satisfying tests for your brain if you can look past the threadbare story and fickle controls. I just wish those separate (often good) elements meshed into a seamless experience.

Max: The Curse of Brotherhood was reviewed using final download code for Xbox One provided by Press Play. You can read more about Polygon's ethics policy here.

About Polygon's Reviews
6.0 xbox one