Spruced and scarfed, Strider is ready for his big return

Share All sharing options for: Spruced and scarfed, Strider is ready for his big return

Like many games based on old franchises, it's planned as a download-only title, with a reasonably modest price of $14.99. According to product manager Tristan Corbett, the Metroidvania platform-combat-puzzle game can be completed in "six to eight hours" at a full pelt run through.

Sampling the later levels on a PlayStation 4, it's clear that certain sections of the game are going for a Mister Sheen sparkly look, all gleaming minimalist surfaces against pseudo 3D backdrops. A particular section, on show to reporters at a media event yesterday, was set in a science laboratory, one of five hubs that include a city-scape and an underground railway.

"The character models are brand new for the next gen consoles," said Corbett. "It runs at 60 frames and it has better anti-aliasing and more particle effects, better shadows and stuff like that. Given that the character is all about speed and movement, it's nice to have that."

Strider first appeared in arcades in 1989 and subsequently on Sega Genesis, and was a big hit, with its solid graphics and the many combat options available to the main character. The ninja assassin hasn't been seen much in recent years; his last headline appearance was in 1999's PlayStation 1 arcade action title Strider 2.

But central character Strider Hiryu has remained on the scene via cameos, crossovers and the Marvel vs. Capcom series, as well as appearances in Japanese comic books, so his fan base isn't confined to graying '80s kids.

"He's been described as Capcom's Boba Fett," said Corbett. "He's very stern, silent and strong. I think the scarf really appeals to people. He looks badass and is very combat heavy with lots of combo options." 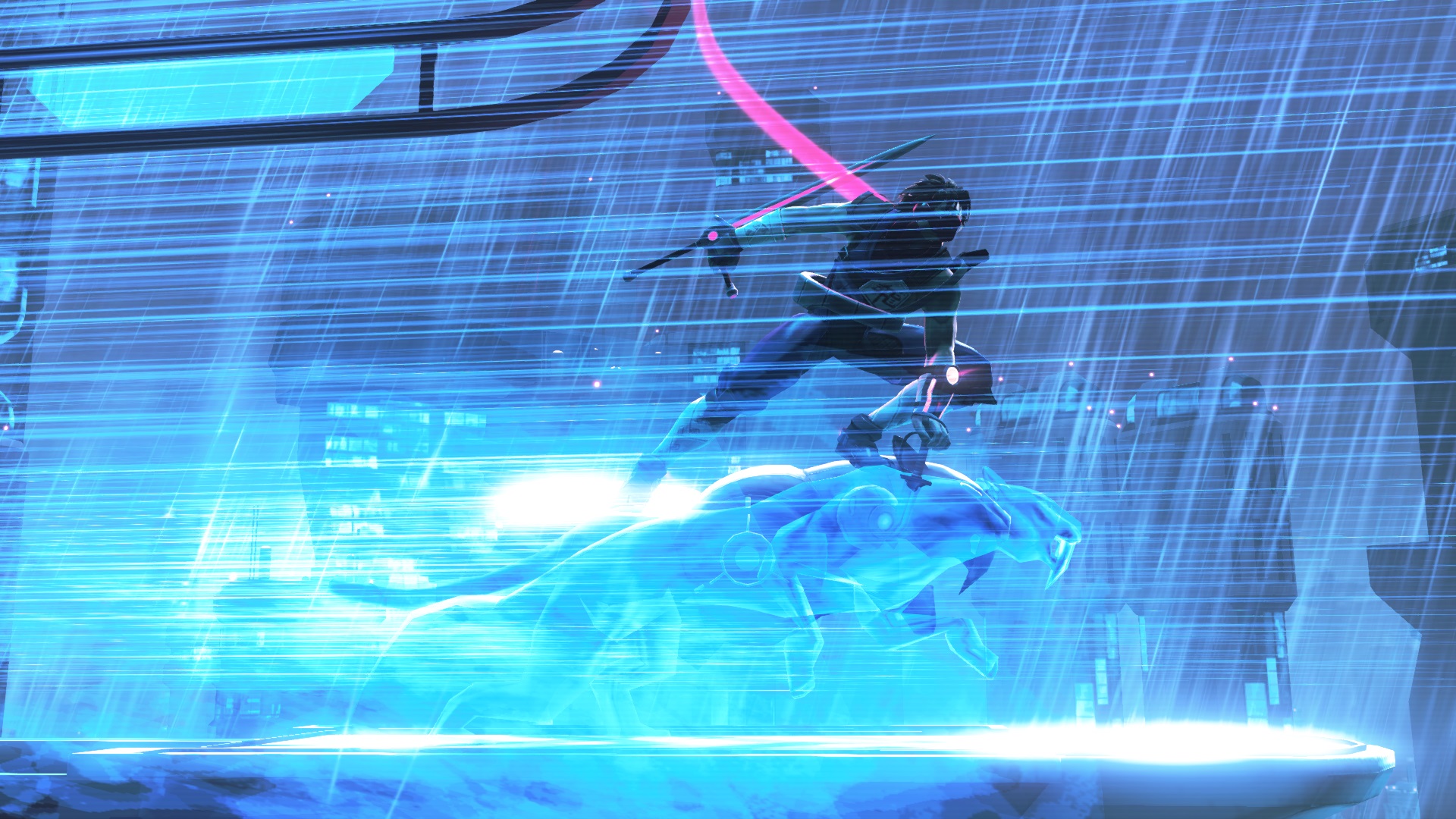 The scarf and those combat options have been merged in this game. That signature sartorial flourish is made of plasma energy and changes to different colors depending on the special weapons players have equipped.

These can include elemental ciphers like fire, ice and repel, a shield-like power that sends projectiles back to enemies. Strider also has throwing knives, jump-destruction abilities, robots, satellite shields and a glowing panther, all of which are useful options that he picks up along the way.

Traversal abilities are also acquired. "The whole map is one interconnected world," said Corbett. "As you unlock extra abilities you can backtrack to previously inaccessible areas and you can pick and choose where you want to go. The story takes you back organically as well, but there are also incentives like easter eggs for people who want to absolutely 100 percent the game."

Much combat seems to be spent in the air, with the trickiest enemies in hard-to-reach places that demand dexterity. Thankfully, the character snaps quickly to commands. This is a useful quality when fighting bosses, which are immense and leave little room on the screen for hiding. As in the original, making use of Strider's flexibility is essential.

Corbett said that Capcom in Osaka is managing the project, including some of the artists and animators who worked on the original a quarter of a century ago. "We've kept the core story and then broadened it out with some new characters. It's definitely an expanded universe and story," he said. "First and foremost we wanted this to be a good and fun Metroidvania game that stays true to the original."