Share All sharing options for: Why chat changed on Xbox One and how Microsoft plans to improve it

Chatting on the Xbox 360 while playing with friends was a big, early success for Microsoft's last-gen console, so why has chatting become so different on the Xbox One?

Earlier this week, Larry "Major Nelson" Hryb confirmed in a post on Reddit that Microsoft was aware of problems with and confusion over the Xbox One party chat service and that the issues will "get better."

We had a chance this week to sit down with Xbox Group Program manager Jeff Henshaw to ask him why chat changed and how it will evolve over the coming months and years.

"Chat changed because the system is now able to do more than one thing at once," Henshaw said. "In the old world when the entire console was basically consumed with exactly one thing &mdash; the game that it was running &mdash; everything that happened atop of it, like the tiny Xbox guide you used to get when you pushed the Xbox 360 button, or chat, had to be incredibly thin, little layers that basically enabled a tiny bit of functionality while keeping out of the way of the game. And that is just how the last generation of systems were architected, that was state-of-the-art technology at the time." 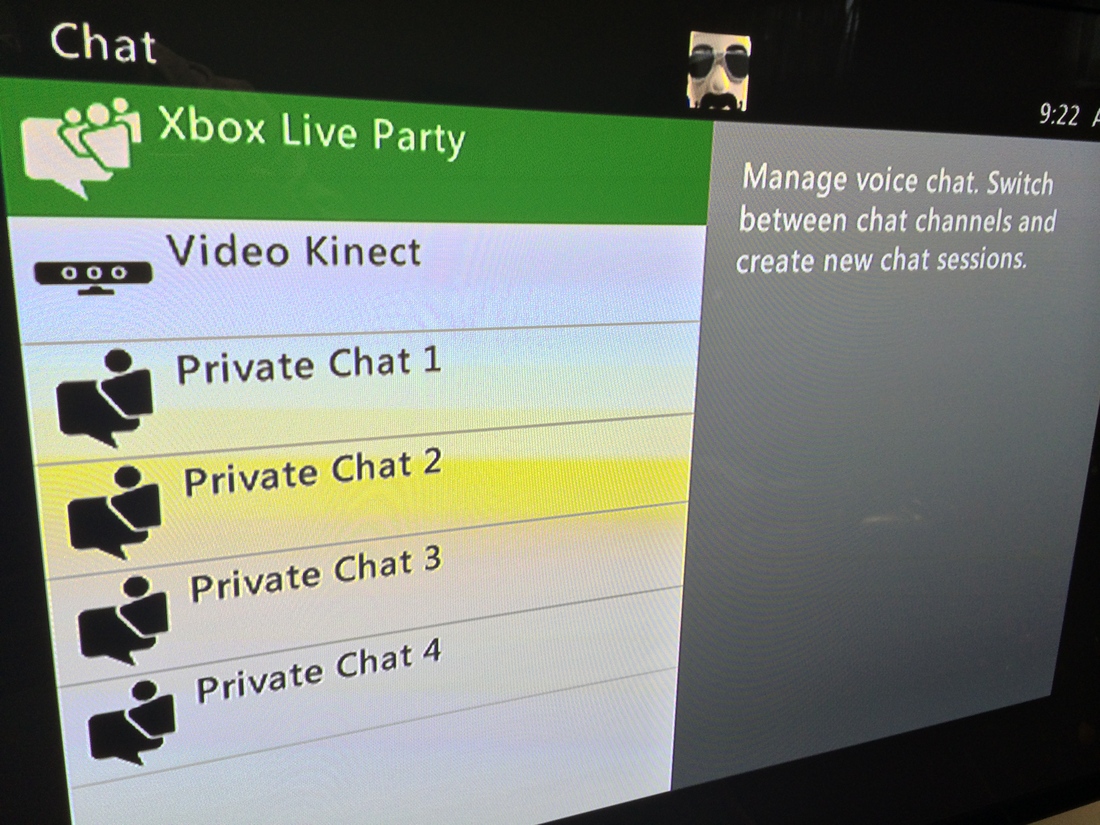 "We have changed the state-of-the-art of the technology with Xbox One," he said. "With Xbox One there is an architecture with both hardware and software resources there to enable us to do multiple things at once. So parties can become more robust things over time. Right now it is a basic collecting point to prepare to go play a game. Basic voice chat, ability to invite people, ability to pick a title along the side and ability to launch everyone into that title for multiplayer play while the party continues to exist."

Henshaw, like Hryb, says that the current state of party chat is just the beginning. It is going to evolve, he said.

"I technically don't get to make the announcement of how they're going to change, but the ways that you can envision them changing are we have this very powerful, very robust, vibrant application environment on Xbox One," he said. "You've heard us talk a lot about the multiple operating systems and how the apps run in this heavily-Windows influenced and Windows-based environment. That's where you see things like Skype, parties, IE, Sky Drive, this long list of cool, new things that you can do in this application environment while the game is running that wasn't possible before.

"I envision parties, now I'm not the parties feature guy, I'll influence parties a little. But I envision parties becoming an increasingly high-fidelity, increasingly full-featured, increasingly ... collaborative or corroborative to provide you with more things to do while teams assemble, more things to do while you wait for the game to start, whether it's review leaderboard statistics, compare your standings. We have the platform that enables that to happen. So I think the sky's the limit in terms of where we take it. The key was getting the platform launched that enables that innovation to take place. That platform is now launched and the innovation has begun."

Over the summer, sources told Polygon that one of the future features being developed for the Xbox One was the ability for a player to have a friend take over gameplay remotely from another console. At the time, Microsoft told Polygon that they "look forward to sharing more details at a later date, but aren't discussing anything further at this time."

Russ Pitts contributed to this report.