The winning design combines a typical Christmas scene with characters and creatures from the Monster Hunter series. Capcom released Monster Hunter 3 Ultimate on Wii U and Nintendo 3DS earlier this year in North America.

The Christmas card was contributed by David Hankin, a U.K.-based artist and game designer who has worked on Curve Studios' Stealth Bastard Deluxe and the game's PlayStation 3 and PlayStation Vita port, Stealth Inc. - A Clone in the Dark. As the winner of the contest, Hankin will receive a PlayStation 4.

You can see his full artwork below. 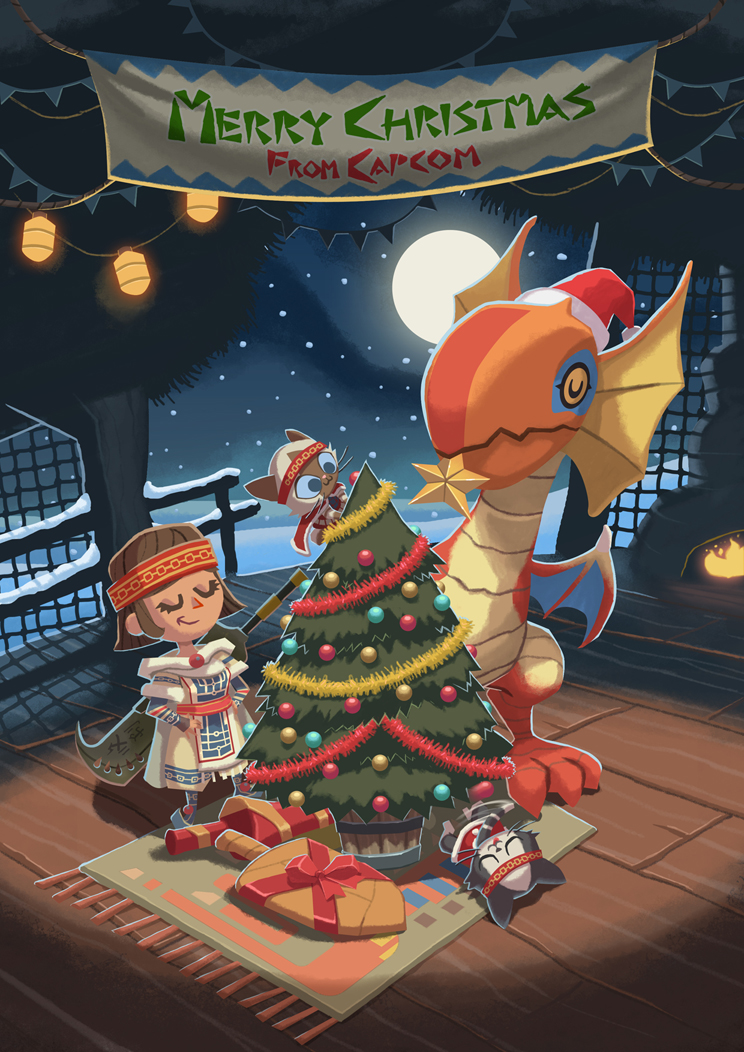