The lowdown on Spike's VGX Awards

Share All sharing options for: The lowdown on Spike's VGX Awards

There's something inherently sexy about revealing your game on a big screen in front of a roaring crowd, surrounding by flashing lights and industry big-wigs. And Spike TV's award show has never spared the sexy; last year alone fans salivated over a handful of new clips from BioShock Infinite and The Last of Us and more — when they weren't laughing at clips of host Samuel L. Jackson pasted into video game segments.

These days it's all about the big reveal, and the Spike VGAs, the annual event between Thanksgiving and Christmas that shows gamers what they have to look forward to in the next calendar year, has always been up there with E3 for big news days. But while big reveals may be attractive, the flair has no correlation to when we'll actually see it in action. Some games spend another year in the incubator, only to end up once again on Spike's glittering big screen a year later. A spot on Spike's screen doesn't always mean a successful game, or even that it will be in players' hands before the next year ends.

Now in its 11th year running, the awards show is forgoing its glitz-and-glamour event in a packed theater for a more "intimate studio setting." As always, GameTrailers' Geoff Keighley will be the master of ceremonies.

The now-renamed VGX will not be broadcast live on television. Instead, viewers will be able to stream the program through a multitude of consoles and apps.

The first VGAs were held in 2003 in Las Vegas by Spike TV. Actor David Spade hosted the event, which was filmed on Dec. 2 and aired two days later on Spike. The event included appearances by several entertainment stars, including Lil' Kim and Cedric the Entertainer, as well as a WWE tag team wrestling match.

Over time, the VGAs have become less about pop culture spectacle and celebrity appearances and more focused on video games. One of the event's major draws is its string of debut footage and game reveals, which occur throughout the show between awards segments. 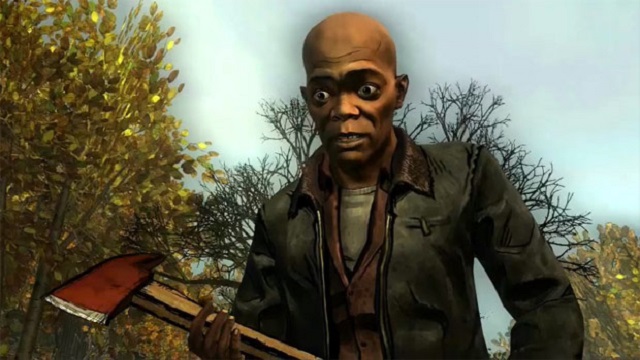 The VGAs have set a precedent in recent years: throughout the show, developers will debut new footage of currently in-development games as well as reveal news about brand new games. The 2011 Spike VGAs saw the announcement of Remedy's Alan Wake: American Nightmare, the remastered version of Tony Hawk Pro Skater, a re-reveal of Metal Gear Rising: Revengeance and more details on Transformers: Fall of Cybertron and The Last of Us. However, several games announced during the show have not seen the light of day.

BioWare LA's Command and Conquer: Generals 2 has since been renamed Command and Conquer (and the studio to Victory Games) was recently canceled and its developer disbanded. There has also been no word on Epic Games' tower defense game Fortnite.

Large-scales reveals have become more popular for the VGAs in recent years. The 2010 ceremony saw announcements for The Elder Scrolls 5: Skyrim, Mass Effect 3, Forza Motorsport 4 and Prototype 2. One announced game has since been canceled: Guillermo del Toro's survival horror project, Insane. The show also introduced Batman: Arkham City, which had been previously teased at the 2009 VGAs.

The 2009 show also included announcements for True Crime: Hong Kong — which later became Sleeping Dogs — Star Wars: The Force Unleashed 2, as well as footage debuts for Prince of Persia: The Forgotten Sands, Spec Ops: The Line and Medal of Honor. But new gameplay footage and trailers were more of a staple than reveals in the past. The year prior, Dante's Inferno and the Combustion map pack for Gears of War 2 were the only reveals.

What happened with last year's reveals?

Of the dozen trailers shown during the event, only four games have still not been released. South Park: The Stick of Truth, which changed hands from now-defunct publisher THQ to Ubisoft, was recently delayed for additional polish, while Dark Souls 2 and Castlevania: Lords of Shadow 2 are also both still in development. Clips from Konami's Metal Gear Solid 5: The Phantom Pain were shown under the name The Phantom Pain by dummy developer Moby Dick Studio. At the time, several links were drawn the mysterious game and the Metal Gear Solid series.

Other trailers shown were for Naughty Dog's The Last of Us, which launched in June and will get its first piece of story-driven DLC soon; BioShock Infinite, which is also slated to receive narrative DLC in the coming months; the Tyranny of King Washington DLC for Assassin's Creed 3; Gear of War Judgment; Crystal Dynamics' Tomb Raider reboot and Halo 4 Spartan Ops.

The show will begin on Dec. 7 at 6 p.m. ET and run for three hours. A highlights reel from the show will air on Spike TV Monday, Dec. 9 at midnight.

Viewers can watch the stream on PlayStation 3, Xbox One, Xbox 360, Twitch, iOS and Android devices, through Yahoo Screen, the Yahoo Screen app and Hulu and on VGXLIVE.com, Spike.com, ComedyCentral.com MTV.com, MTV2.com, BET.com and GameTrailers.com.

What to expect this year

In addition to the awards and a slew of world-premiere announcements for new titles, VGX will also feature "in-depth extended demos" of PlayStation 4 and Xbox One titles and interviews with interactive components.

A full list of the award nominees can be found here. The list of headed by the coveted Game of the Year Award nominees, which for 2013 is a contest between BioShock Infinite, Grand Theft Auto 5, The Last of Us, Super Mario 3D World and Tomb Raider.

VGX will share more details on a handful of in-development games. According to the show's official page, Nintendo of America president Reggie Fils-Aime will present new information on an upcoming title for the Wii U. Matt Stone and Trey Parker, creators of South Park, will also be on-hand for a closer look at Obsidian Entertainment's role-playing game South Park: The Stick of Truth.

Other entertainment segments during VGX include a performance of music featured in Grand Theft Auto 5 by some of the soundtrack's original composers.