Behind the scenes with Hello Games' No Man's Sky

Share All sharing options for: Behind the scenes with Hello Games' No Man's Sky

You're in a used book store, lurking in the fantasy and sci-fi section, rummaging through a box of old novels.

You see a fat tome with a flea-bitten cover featuring a garish technicolor vista of a strange new world, a grandiose title. On the cover, the artwork speaks of multiple moons, distant purple mountains, alien botany. In an instant, you understand that you will buy this book and, for the next few days, its mysteries will be a rapture to you.

That's the feeling the developers at Hello Games are aiming for, with its new game No Man's Sky, revealed at the weekend with a first trailer. Its otherworldly colors, the slightly odd title and the focus on interplanetary exploration all speak of Asimov-esque tundras stretching into the distance. But this trailer poses as many questions as it answers.

Many game developers will earnestly tell you that their creations defy categorization, and Hello Games' Sean Murray is no different. He stresses that although this game clearly involves space combat, exploration and resource gathering, it's not really about any of those things individually. He said that there is also land-based combat, not shown in the trailer, but would offer no more details.

Based in England, Hello Games is known for its Joe Danger games, charming platform-drivers that hark back to the purity of character-led cartoon games made during the Genesis / SNES era. They were good games and have sold over a million copies.

No Man's Sky is not, according to Murray, a project born on the back of Joe Danger's success. It was part of the company's plan when it was set up by four programmers and designers, each of whom had spent some years learning their craft at various game development houses in the London area.

"A lot of indie game developers make something good and then they plateau," he told Polygon. "We saw Joe Danger as a stepping stone to get us here, so we can risk everything all over again."

Murray and his team want to make sci-fi that dreams of new possibilities, that eschews the dark cynicism that has dominated that genre in recent years. They want to get back to the bright, garish promise of strange new worlds, and away from the gray, broken cities and the gruff space-marines.

"We want the future to be cool again." said David Ream, creative director.

Still, we need to at least try to define No Man's Sky. Hello Games is being cagey, but here's what we know. There is a universe to explore. Every planet and every star-system in the game is created procedurally, but they all make sense and have ecology. Once they are discovered by one player, they exist for everyone else, and so the act of discovery is also an act of creation. Having said that, according to Murray, players can make significant changes to the places that they visit that endure for everyone else. Make of that what you will. 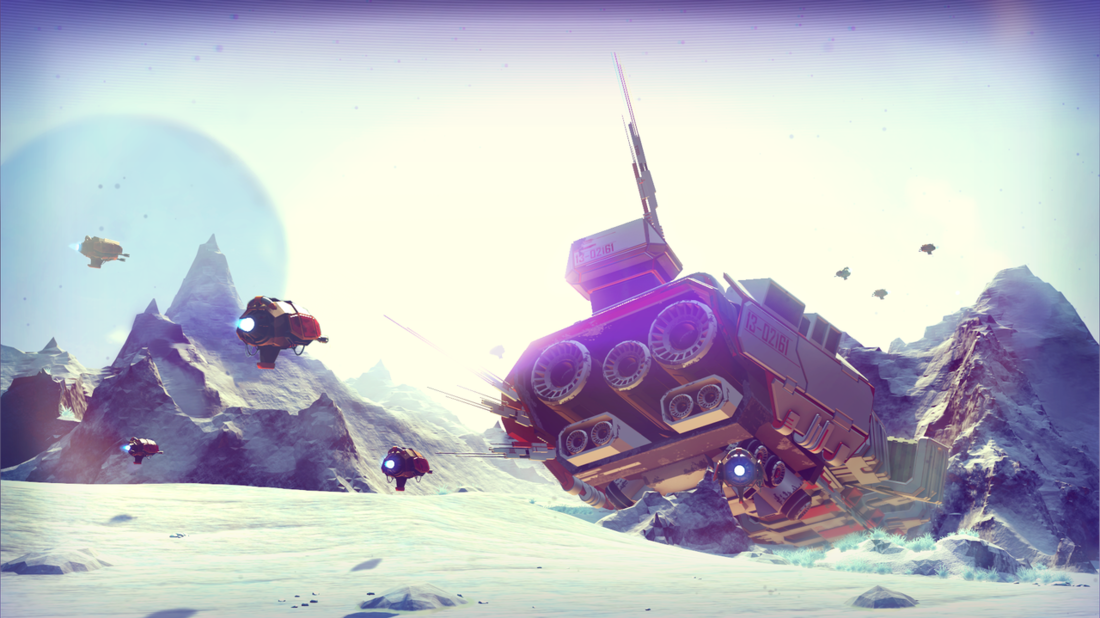 Players begin the game at the outer perimeter of the universe and are invited to move towards the center, although this is a difficult quest that takes "intelligence, imagination and co-operation," according to Murray.

The universe is a dangerous place, and so there is plenty of combat and peril. It's not just about wandering around looking at the pretty fauna. .

But the desire to go out there and look at the universe is at the center of this game's emotional appeal. Murray was born in Ireland but spent his formative years in the extreme outback of Australia, a hostile and beautiful place, but also one marked by isolation. 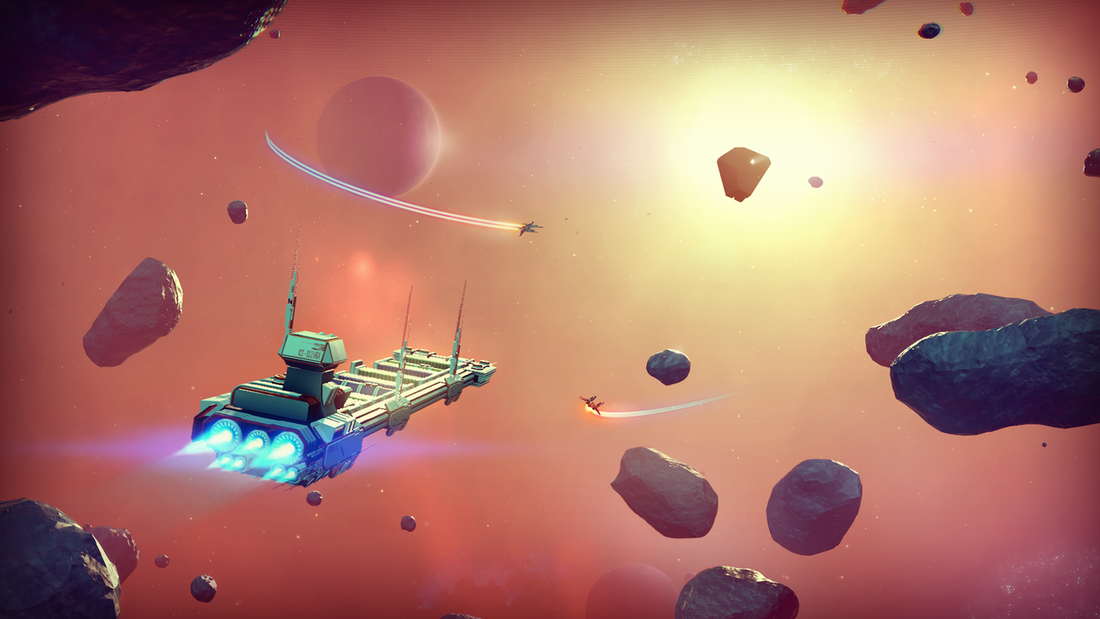 "As a child I would look at the sky at night and all the stars and I would want to visit them," he said. "That's the feeling I got later, when I would read books from the golden age of sci-fi, from the '60s and the '70s, and that's what we want to do with No Man's Sky."

Hello Games is a small developer with big ideas. Murray said that, while this game is pretty, it is not a next-gen sci-fi graphical showpiece like Titanfall or Destiny.

"Next-gen is empowering us" he said, adding that no decision has been finalized on the particulars of release dates and platform choices. "The new consoles are really good. But most of the games we have seen feel like experiences you could have had with the last generation. They have next-gen graphics but we are more interested in creating next-gen gameplay."