Strike Suit Zero is undermined by difficulty and pacing

Space combat games reached their zenith in the '90s and have been thin in the 21st century. When developer Born Ready Games launched its Kickstarter project for Strike Suit Zero last year, it was a niche that seemed desperately underserved. Born Ready promised a return to the era of Wing Commander and Colony Wars, of space battles defined by squadrons of fighters and big ships duking it out amid giant explosions.

Strike Suit Zero's premise is a throwback: A future Earth government and its prodigal colonial offshoot are in the midst of an uneasy peace when powerful alien technology is discovered, triggering a war that has the colonists set to wipe out their former taskmasters. As the last remaining elements of Earth's fleet struggle to decipher the mystery of the colonists' new weapon, the only thing keeping the fleet alive is a strange invention from their chief scientist-turned-cybernetic-AI-experiment: the Strike Suit.

Born Ready starts things off traditionally, easing players into the setup of a space combat game predicated on fighters, frigates, cruisers and space stations, all of which plays out as expected. Every ship has one or more "guns," of the bullet or plasma variety — bullets are fast and drain shields quickly, but struggle against a ship's hull, while plasma weapons don't do much against shields, but make short work of naked armor. Most ships also have missiles (which are guided) and/or rockets (which are not, but do considerably more damage).

That I have to explain this signals how rare games like Strike Suit Zero are in 2013. But Born Ready sets its game apart with a host of other influences. The soundtrack was composed by Paul Ruskay, responsible for the original Homeworld's score, and much of Strike Suit Zero's basic look is reminiscent of the geometric light trails that defined the Homeworld series. And then there's the Strike Suit itself, a mashup of various Macross-era anime mecha. The Strike Suit spends most of its time as a multiple engagement fighter, but that time is spent trying to be something more. 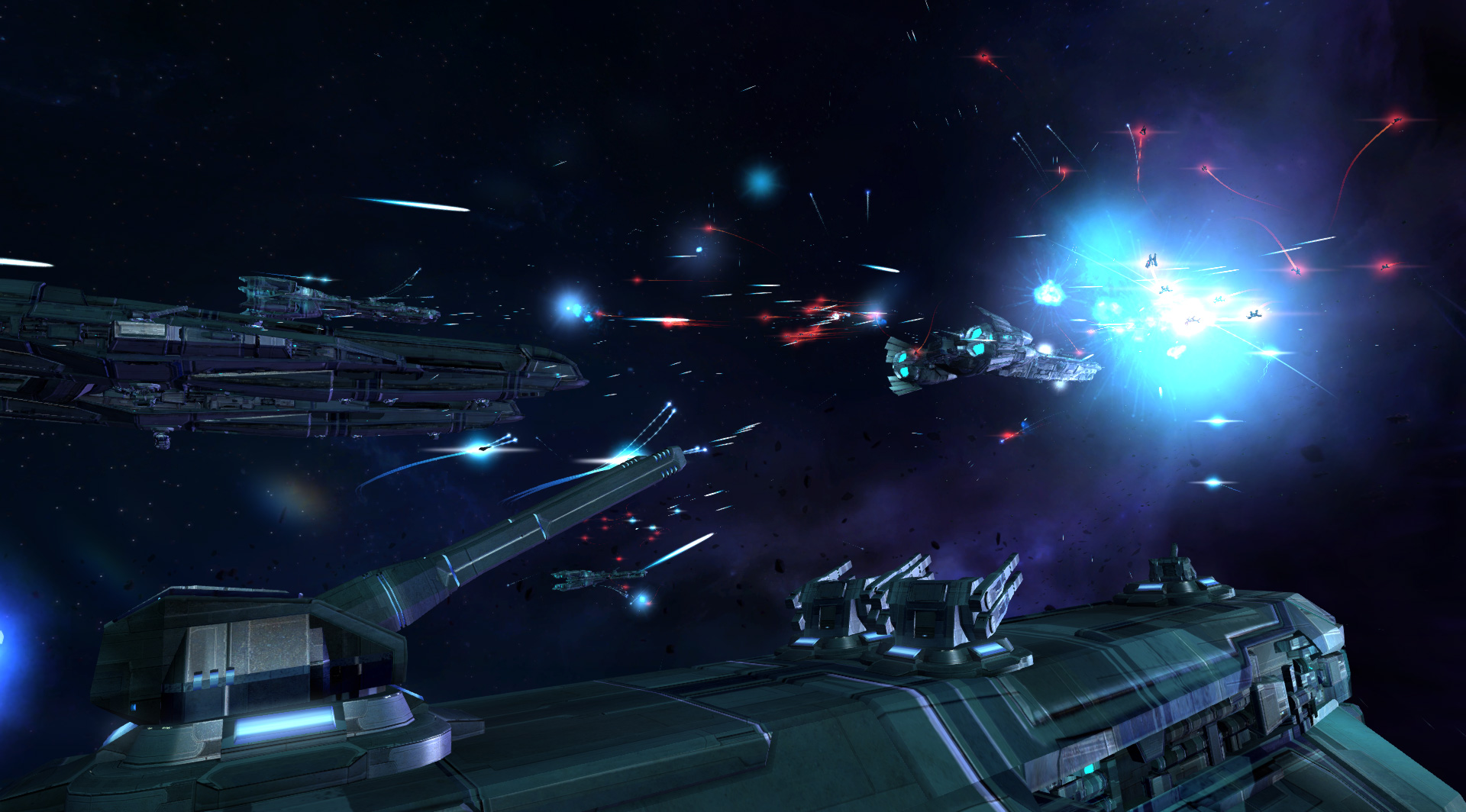 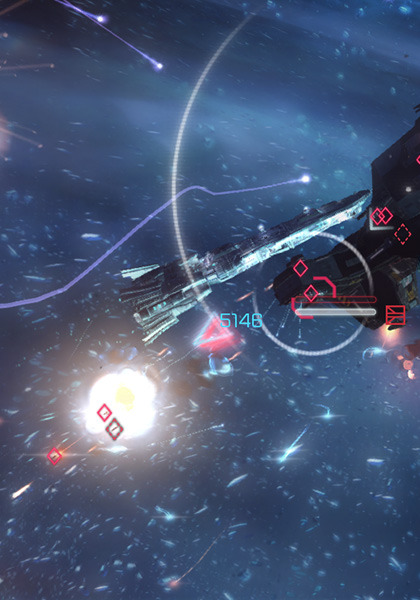 That "something more" is a robot-shaped assault form activated when enough "flux" is collected, which generates over time, and by destroying enemy units. In mecha form, the Strike Suit controls differently than regular ships. It can't pursue other craft worth a damn, but it has a lock-on function that allows it to track enemy craft or other targets much faster, it can move laterally up or down and its main weapons are much more powerful than its primary fighter mode. Once the flux meter is exhausted, the Strike Suit shifts back into its fighter configuration, and the cycle starts over. 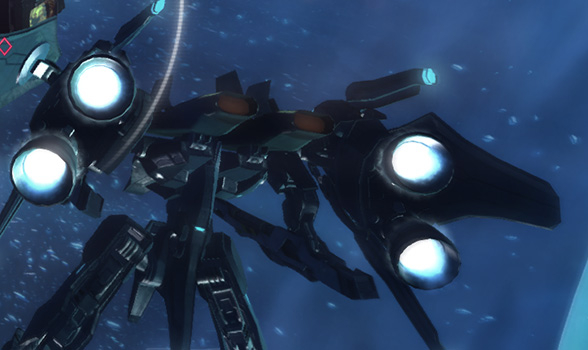 This creates a sometimes-great dynamic of careful, strategic hit-and-runs between the agility-based approach of most of the fighter aircraft and the brute force of the Strike Suit. There are moments where Strike Suit Zero reaches a magical convergence point where all of its mechanics, aesthetics and game design come together — maybe where you rush out to destroy the torpedoes headed toward your capital ships, zoom toward a colonial Corvette with rockets firing, and use the resulting built up flux to destroy enemy fighter after enemy fighter as the Strike Suit only to zip away from a cruiser's missiles none the worse for wear. This is when Strike Suit Zero feels the most like what it aims to be — a merging of the best of space combat games past with a more kinetic, powerful action game.

But sometimes that grace collides with a capital ship-sized wall. In its quest to present giant space battles with overwhelming odds, Strike Suit Zero follows those odds too often. Even constant battlefield vigilance isn't enough to keep track of everything happening in some of Strike Suit Zero's latter-half missions, and that can lead to quick death and endless checkpoint restarts. These checkpoints are doled out far too rarely and often require minutes of waiting for things to happen.

This last part isn't an exaggeration. In what seems to be an attempt to introduce tension or finesse pacing, Strike Suit Zero frequently has you fly around — again, waiting for things to happen for several minutes — or flying for a minute or two toward a specific rendezvous point, or some other bit of busy work. This is never particularly obtrusive the first time, but after being thrown back to a checkpoint a few times, it starts to add up. Combined, it feels like egregious padding.

Worse, Strike Suit Zero actively punishes you for restarting at a checkpoint, knocking a fairly heavy penalty against your mission clearance score. Even if you're not the score-chasing type, mission performance is tied to getting mission-specific ship upgrades that are extremely helpful for surviving later on.

Punishment is an apt description. Strike Suit Zero falls victim to a design sensibility that tends toward punishment and penalty. It crosses the line from tough but fair to unnecessarily difficult, and as I died suddenly and without much warning, over and over, the fun I was having slowly bled out of the game.

Strike Suit Zero is undermined by difficulty and pacing

Strike Suit Zero is a collection of excellent mechanics and ideas marred by unfriendly level design and bad pacing. Born Ready has promised additional patches for Strike Suit Zero to tweak the difficulty and add support for things like the Oculus Rift headset. It's promising that the developer understands that it might have more work to do to make Strike Suit Zero the game it should be. But it's difficult to recommend without the heaviest of qualifications, that it might, maybe, live up to its potential.