Journey creator talks about his next game

Share All sharing options for: Journey creator talks about his next game

Travel for the creator of Journey is, not unironically, a trial. And it's not just travel, it's anything that doesn't involve work these days.

Jenova Chen seems slightly distracted, almost lost in thought when I come upon him in a Vegas meeting room at the DICE summit this week.

I catch a glimpse of a colorful, painted piece of artwork on the screen of his laptop before he presses the lid closed and greets me. I don't know if it's art from his next game, but I do know that the next thing from Chen and thatgamecompany is never far from his mind, or his fingertips. It lurks in his conversations, seemingly always on his mind.

He's only at the DICE summit for one day, he tells me, because he hates to be away from this next thing.

"I'm doing development every day," he said. "I'm writing code. I'm only here for a day. I'm trying to keep myself from distractions."

In Chen's view making this next game is the most important thing he can be doing, and anything that doesn't involve its creation is ultimately, to put it bluntly, a waste of time.

"Does talking to you make the game better?" he asks me when I press him on this idea.

We talk in a nondescript meeting room down one of many similar hallways in the Hard Rock Hotel in Las Vegas. In about an hour he'll be taking the stage to do a talk on the creation of Journey. He hasn't quite finished it yet, he tells me, but he doesn't seem concerned. 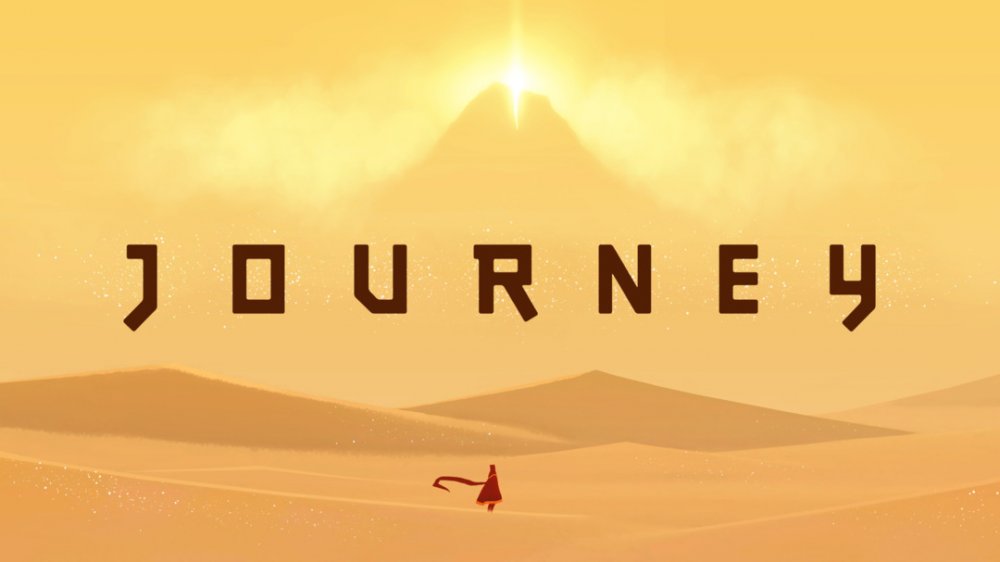 Journey was a financial disaster, Chen tells me. Pushed back twice, the game bankrupted thatgamecompany. Eventually, it did make its money back plus some, but not Minecraft money, Chen says. While it was well received, it wasn't well received by a big enough audience for Chen.

"I wouldn't say that the development of Journey was a successful example of game development," he said. "We bankrupted the company."

"I think to have a financial success, that is going to change everyone, it has to be much bigger than a game on the PlayStation platform."

Chen is quick to point out how much he appreciates the support of Sony and its willingness to delay the game not one year, but two, at the insistence of the developers. Had Sony pushed thatgamecompany to hit its initial deadline it's likely Journey wouldn't have been realized.

But Chen feels that limiting the game to a single platform prevented it from achieving a broader, bigger success.

And it's not really the money that's motivating him, it's the obligation he feels to prove something to the game industry and publishers. 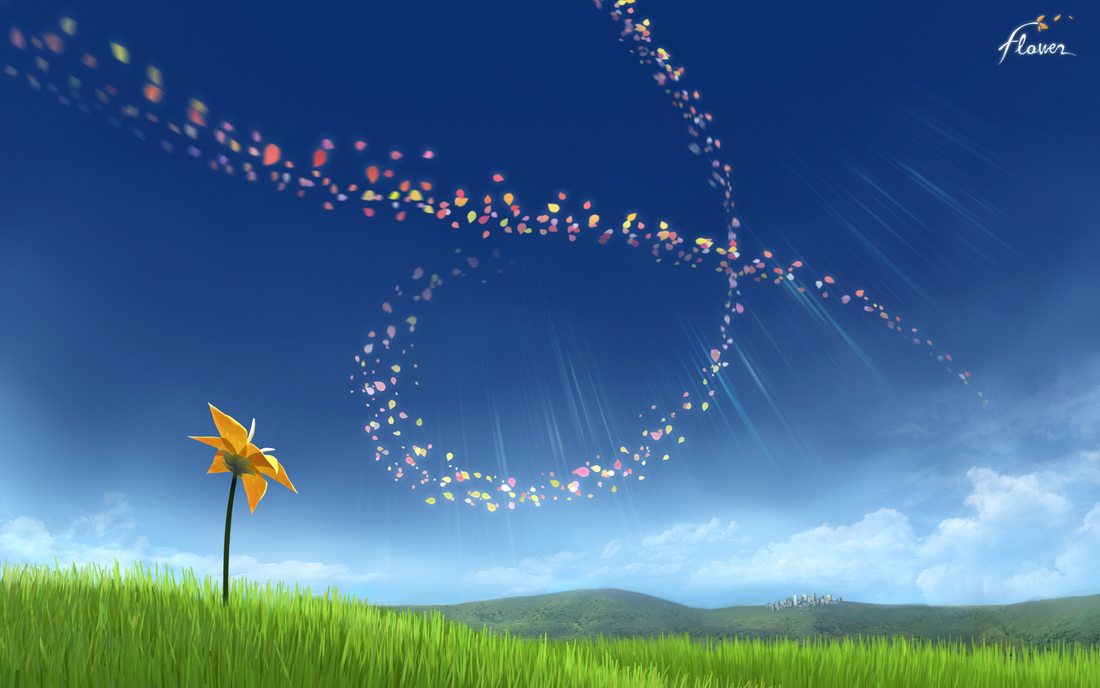 Journey is thatgamecompany's fourth title. All but one of those games aimed to provide players with a cathartic experience. Cloud, which thatgamecompany produced as students, before they were thatgamecompany, tried to achieve that moment through the pursuit of serenity. Flower used "positive energy" to deliver the experience. And Journey relied on connections and a retelling of the hero's journey.

Each of these games also brought with them evidence that video games don't need to be about violence, or action, or much of anything concrete. They showed devotees of the developer that games could be art.

Chen tells me that over the years as he's traveled around the world to do talks, lots of young people approach him to ask if they can work at thatgamecompany.

When he tells them no, pointing out that the team, which grew to 12 for Journey, remains small, they ask him where he can go to make similar games.

So now, Chen says, he has to make a more commercially successful game, a massive hit that can prove the viability of this approach to gaming. He has to do that so there are other places for those "lost and frustrated" students to go.

"My resolution is to create a big financial success," he said.

For Chen, that means creating a game that can be played on any platform. That's why he sought out venture capital funding, and received it, and that's why the game the team is working on now won't be exclusive to any one system. 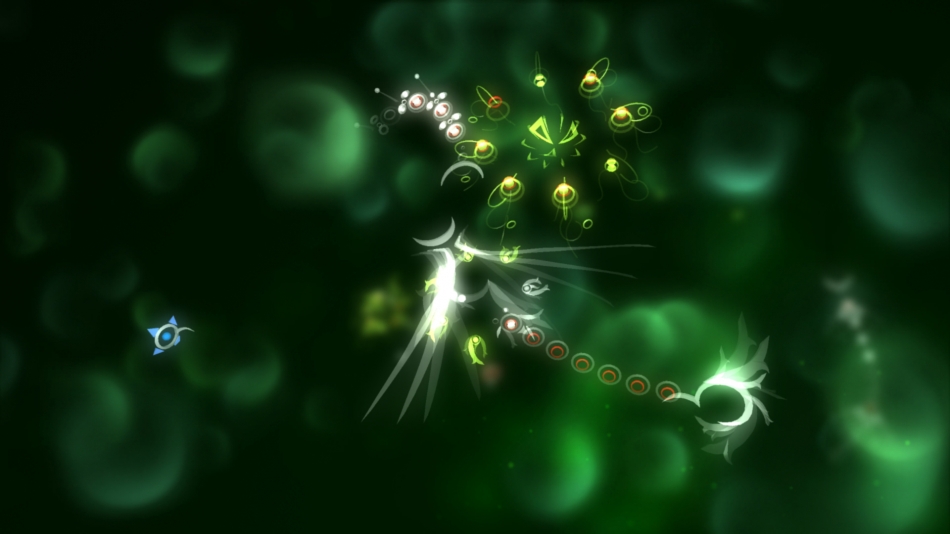 Chen wants to tell me about his next game, the one he's spending so much time coding right now, but he keeps stopping himself.

He does tell me that at this early stage, at many of a thatgamecompany's development stages, he remains perhaps overly involved.

"I have a very high standard," he said. "Language doesn't help. English isn't my first language and a lot of times I can't tell exactly what I want for someone to do, so I need to write it myself. Camera controls, level designs, lighting effects, I need to touch it myself. I'm a control freak."

Chen says that this new game explores one of the main ideas found in Journey but pushes it much further.

In Journey, players travel through evolving landscapes free of visual clutter. They control an anonymous robed figure wearing a scarf. As they collect bits of cloth and runes, the scarf grows longer and the character's ability to jump extends. The entire game has players traveling to a beckoning point in a distant mountain range. The game is meant to represent a person's journey through life. Perhaps easily overlooked is the game's clever take on multiplayer. Chen built the entire game around the idea of allowing people to cooperate without forcing that or allowing competition. That cooperation is meant to speed along the sense of community and, ultimately, achieve the emotional catharsis that is the trademark of his games.

The ability to form a connection between players is something that still fascinates Chen, and is guiding the creation of his next game.

"Journey was focused on connection," he said. "I think we are trying to do one level above that with this game."

Then he stops himself from explaining. Worrying that by talking about what he hopes to achieve he'll set up unreasonable expectations.

"It's very likely that's impossible," he says of his own idea.

Flower, for instance, he says, was initially meant to be metaphorically about spreading love, but he and the team could never quite nail that down, so instead it became a game about spreading positive energy.

But then he returns to his idea for making a game more purely about player connections.

"This will be one level above that connection," he said.