David Cage on what lies beyond Beyond: Two Souls for Quantic Dream

Share All sharing options for: David Cage on what lies beyond Beyond: Two Souls for Quantic Dream

Quantic Dream's next PlayStation 3 game, Beyond: Two Souls, will be "quite different" from the studio's last, Heavy Rain, says founder and game director David Cage. And Cage's next project, whatever may come after Beyond, will also be "very different," he says.

"I make games because I want to discover. So [with] each game, I take risks," Cage told Polygon in an interview at last week's DICE Summit. "It would have been a very easy decision for me to make Heavy Rain 2; same game, different story, different characters and here you go. It probably would have sold more copies then than Heavy Rain, but I'm in this industry because I'm passionate and fascinated by it ... I just want to experiment.

"So expect something quite different with Beyond ... and after Beyond."

Beyond: Two Souls won't play anything like Heavy Rain, Cage promises. In the cinematic adventure game, players will take control of both the supernaturally gifted Jodie — played by Ellen Page — and Aiden, the intangible entity that can travel places and behave in ways a human character can't. There are no QTEs, Cage says. Instead, Beyond will introduce new gameplay mechanics that offer similar advantages, but "play more in line with what gamers expect" from a modern action-adventure game.

Development on Beyond is nearing its conclusion, Cage said, and Quantic Dream expects to have an internal beta version of the game playable soon. 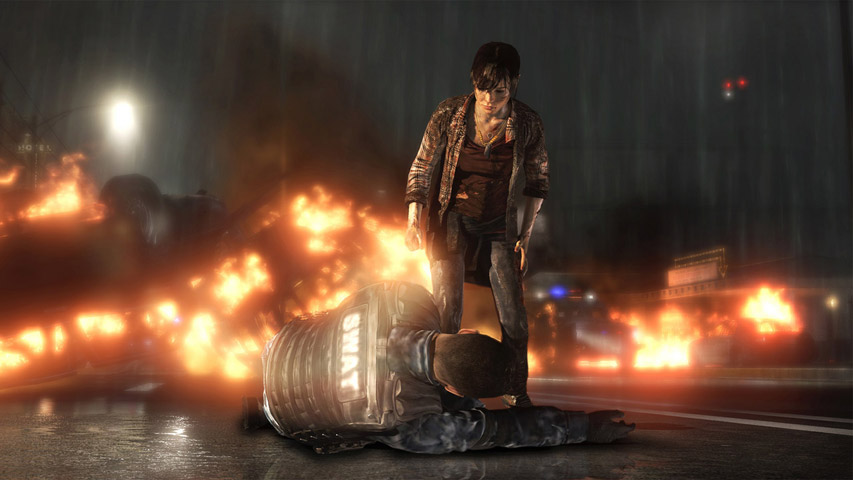 After Beyond: Two Souls ships, Cage says he'd consider trying his hand at a project smaller in scope. His current PlayStation 3 game, announced at last year's E3, boasts some 200 developers and a cast of 160 performance captured actors.

Name-checking PlayStation 3 games like Journey and Papa & Yo, Cage says he values "the emotional immersion that these experiences provide." While talking about the types of projects that can be created by a team of 20 or less, Cage sounds energized, cutting through his jetlag for a moment.

But Cage also stresses that working with a team of hundreds has its advantages.

"When you want to change something, you have tons of people ready to do it," he says of the Quantic Dream team, "and you can do it very quickly. You can create very fast, and you can develop new technology, and you can do things you could never do with just 20 people.

"But, it's a big ship, so you really need to think ahead because, each time you need to make a turn, it takes a lot of time to make [that] turn."

The crew at Quantic Dream will release Beyond: Two Souls for PS3 in 2013.