Pokemon X and Y add Sylveon, an evolution of Eevee

Share All sharing options for: Pokemon X and Y add Sylveon, an evolution of Eevee

Pokemon X and Pokemon Y, the upcoming installments in Nintendo's catch 'em all series, will include a new pokemon called Sylveon, according to a press release from the Pokemon Company International.

Sylveon is the eighth evolution of Eevee, who first appeared in Pokemon Red and Pokemon Blue. You can see her in motion in the trailer above and posing for pictures in the gallery below. Fore more on Eevee's evolutionary path, check out the infographic below the gallery.

Announced at a Nintendo Direct Event in early January, Pokemon X and Y are headed to Nintendo 3DS in October. Though not a series reboot, the games will contain graphical updates like a 3D game world and characters like Sylveon. 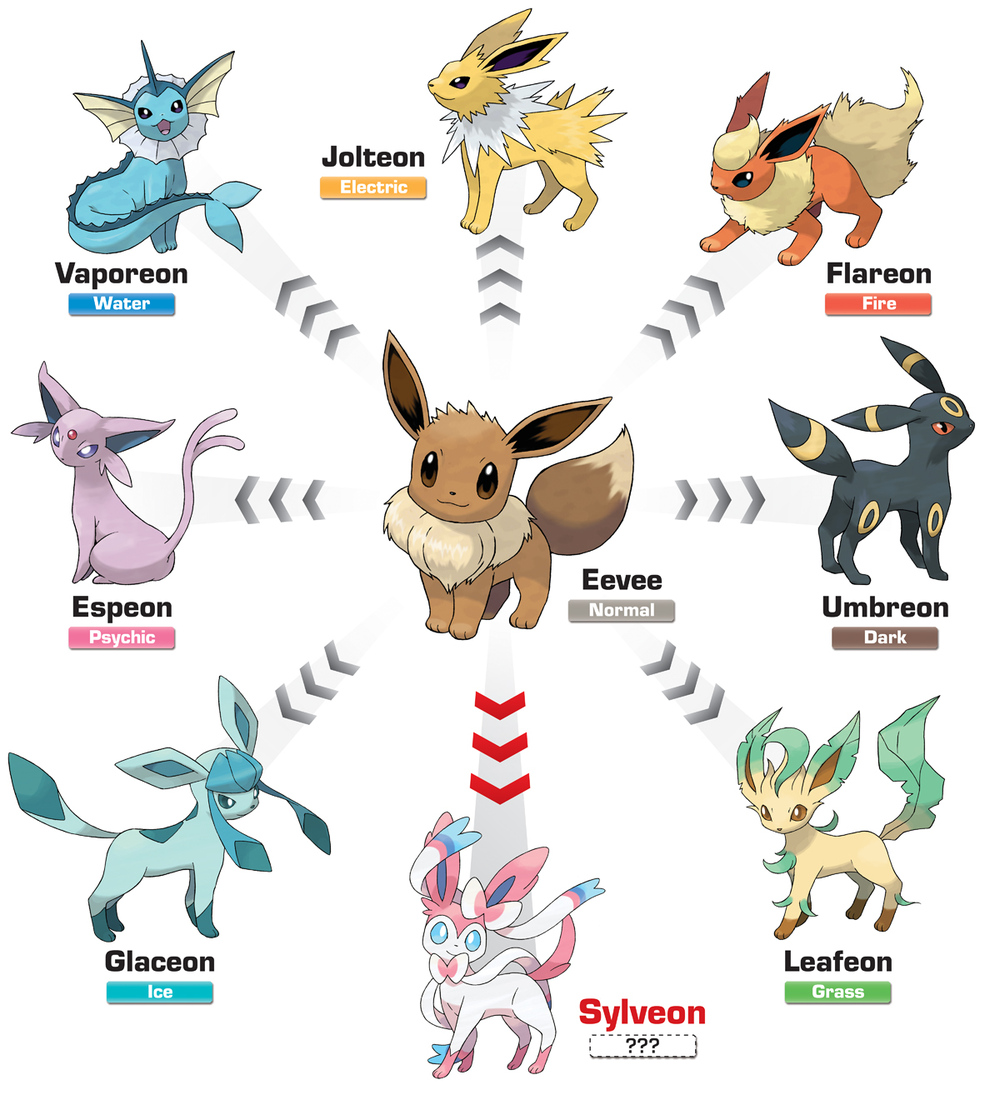