Just Cause developer Avalanche Studios is already teasing its next big project, evidenced by a tweet from studio founder Christofer Sundberg.

Sundberg tweeted a link to the image below, which shows two men who appear to be dressed as soldiers caught in motion mid-air. The background of the photo shows a beige-colored desert environment with dunes beneath a clear blue sky.

"We're making awesome games at Avalanche Studios!" reads the tweet's text. "This year will be awesome!"

Last week, Superannution pointed out that Sundberg's LinkedIn profile lists two unannounced projects currently in development at Avalanche. One is a a title based on a well-known film property for both current and next-generation platforms and PCs, with a planned April 2014 launch window. The second is a "sandbox action game," possibly the next Just Cause title.

There are no further hints as to what this game might be or when it will be released. Polygon has reached out to Avalanche and will update this story with more details as we have them. 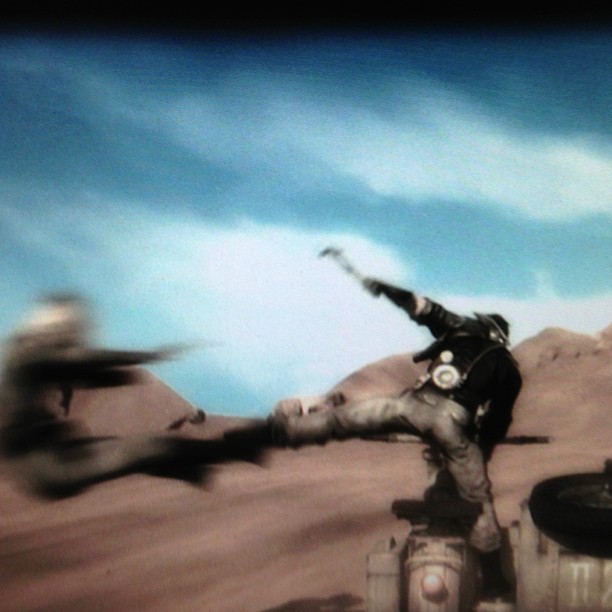