Share All sharing options for: Words with Friends creator believes Ouya will usher in a new era for living room gaming

The way Word with Friends creator Paul Bettner tells it, there's so immense a change in game development coming that it wrested him from his retirement.

Bettner started up Newtoy in 2008 with his brother, David, spurred by a love of chess and a lack of time to play it. Shortly thereafter the fledgling studio released Chess with Friends for iOS devices.

By 2010, Newtoy had released Words with Friends, been noticed by Zynga and had been purchased.

In the years with Zynga the small studio, rebranded Zynga with Friends, released four more title.

"We sold the company and told ourselves that we would be happy sharing our vision," Paul Bettner said.

But working for someone else never completely clicked for Paul Bettner.

"For whatever reason, maybe the way I like to develop games is unique, it didn't work out for me to be reporting to someone else," Bettner said. "I started feeling desperate to be back on my own again."

So as 2012 wrapped up the brothers decided to leave the company. Paul Bettner's plan was to take it easy and enjoy at least a temporary retirement.

"I was going to take a year off, but that didn't work out at all," he said. "I got a month into that and my wife realized she was going to kill me.

"I would go on vacation and I would be working."

Then something happened. Bettner says his "spidey sense went off."

"I started to detect that another opportunity existed for a pending disruption," he said. "Something massive was going to happen. Another shift."

Where the advent of iPhone games helped launch Newtoy and Words with Friends into the stratosphere, Bettner is now convinced that the Android-powered Ouya console has the potential to do the same thing for early developers.

Bettner says he was on vacation in San Diego when he had a "fever-induced Jerry Maguire moment." 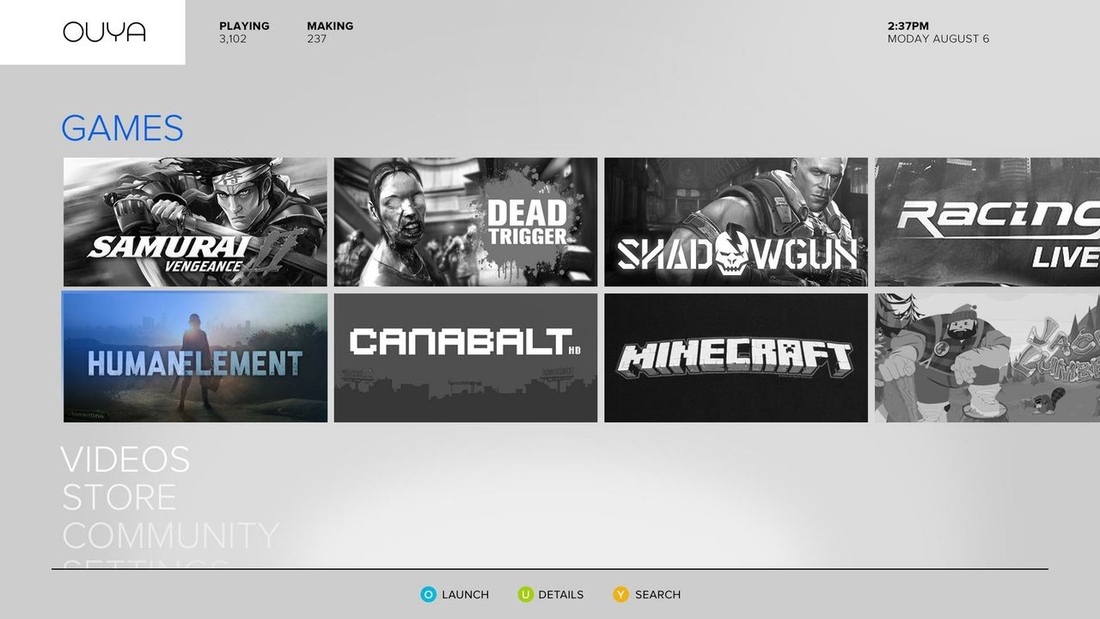 After returning home Bettner reached out to Ouya founder Julie Uhrman to talk about development.

"I felt, as a gamer, this is the same way I felt when I first saw what an iPhone was," he said. "I felt it was definitely something I would want and would want to play games on. I've been waiting for this.

"This whole time I've been waiting for an app store-like device in my living room."

After chatting with Uhrman, Bettner became convinced that the Ouya would do for the living room what the iPhone did for the smartphone.

While Bettner declined to talk about the game, which he hopes to release this year, he did say that it would still have that "With Friends" feel to it.

"This whole time I've been waiting for an app store-like device in my living room."

"With Friends is absolutely in my DNA," he said.

Bettner got his start connecting people in games with SerIPX, a little program he created to allow people to play LAN games over a modem connection. He used it to connect gamers on the BBS he ran in South Florida.

"Ever since then, that's always been in my DNA, games that connect people together," he said.

"People don't love games, what they love is their friends," he said. "That's what we have to remember."

The Ouya game he's working on also sets out to recreate that sort of experience that everyone, from gamers, to non-gamers, can enjoy.

"When we are developing a game for home consoles today, we can't hit that bar yet," he said. "I'm going to continue to push, to broaden that audience."

While Bettner has high hopes for the Ouya, he is also talking with the people behind the Oculus Rift VR headset. That's in part because he believes that games are beginning to transcend their platforms. That's also because he likes the idea of creating content for platforms that still have a level playing field. There are no Nintendos, Microsofts or Sonys for emerging platforms, so everyone has a chance to become that leader in the space, he said.

"I'm drawn to those types of opportunities," he said. "What's unique about those opportunities is the ability to embrace what makes that piece of technology unique."