Unchained Blades doesn't care about you. This tough-as-nails dungeon crawler isn't looking for respect, and it sure as hell isn't going to respect you.

This is a game of grinding, of traps and of very little plot or tutorial. It's a first-person RPG in the style of PC games from the ‘80s with a sprinkling of anime art.

Unchained Blades knows what it wants to be, and it accomplishes that. But it also hints at more that could have been. An addictive leveling system and clever dungeon layouts inch Unchained Blades toward something greater than the sum of its parts, but it's held back by a few poorly executed ideas and a single-minded adherence to old-school standards. 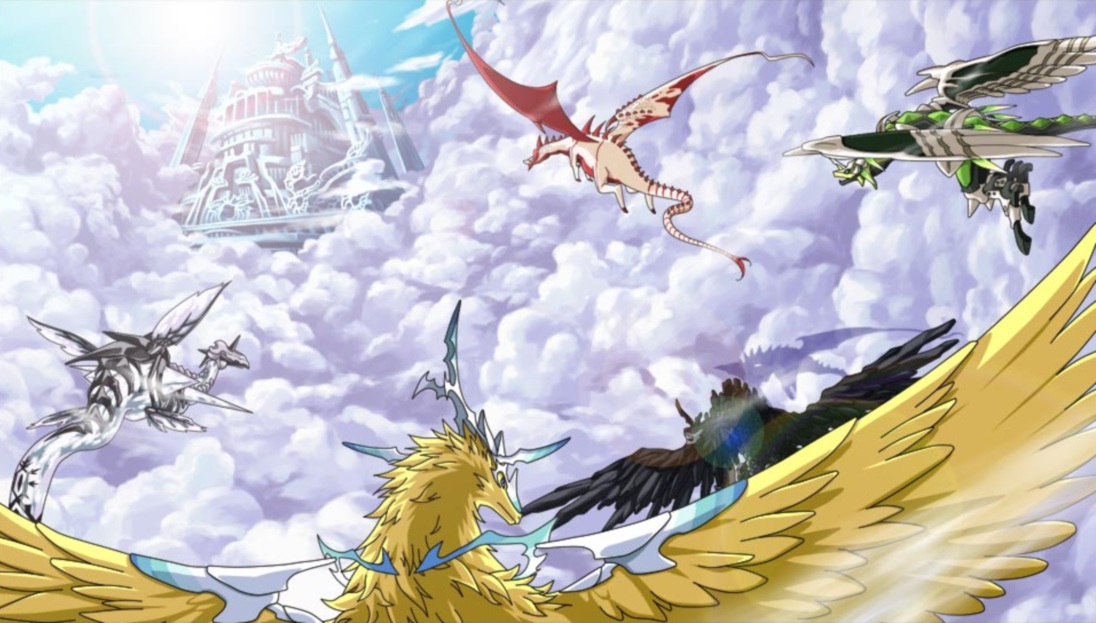 The world of Unchained Blades revolves around the existence of Titans — dangerous ruins that reward any adventurer brave enough to conquer them with the chance to have a single wish granted by the goddess Clunea. But Clunea's power works both ways; at the outset of the game, arrogant dragon emperor Fang confronts the goddess and finds himself transformed into a mere mortal. Wingless and weakened, he journeys to regain his previous imposing form. 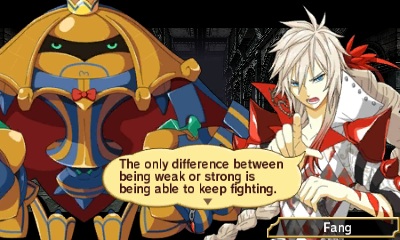 Each subsequent party member comes with their own dramatic backstory and hidden motivation for seeking a wish, but I was able to guess their secrets within moments of meeting the characters. Both the party and the plot structure stick to generic anime tropes with very little room for any surprises.

The dungeon-crawling gameplay at the heart of Unchained Blades hogs the majority of the game's running time. Fang and company explore each Titan in first-person view, mapping them out floor by floor and battling the monsters within in turn-based battles. Each dungeon comes equipped with a new tileset and unique traps to avoid or puzzles to solve, such as teleportation devices or poison swamp floors. Progress is hard-won, but fights move along and characters level up fast enough that it's usually more mindless than frustrating.

The rotation of dungeon crawling and returning to town to grab quests, buy new equipment and restock potions feels rote, but Unchained Blades sets itself apart with its strong leveling system, known as the skill map. Each time a party member levels, they gain two skill points that can be spent to unlock stat upgrades or new abilities on a giant board (something akin to but not a direct clone of Final Fantasy X's brilliant sphere grid system).

The steady drip of new unlocks pulled me through Unchained Blades more than anything else. Skill maps are totally unique for each character, and each point spent unlocks multiple new paths. With each level gained, I would spend tens of minutes poring over my options and strategizing about which direction to send a character down. Some levels can feel like throwaways as you buff up less interesting stats like vitality or speed on the way to something greater, but the spells and passive abilities almost always end up as worthwhile additions to your arsenal.

Follower battles require very little skill, instead leaving your victory or defeat up to chance

Your combat abilities are also expanded via the follower system, though it ends up being less help in the long run. Every time an opponent is lowered below half health, there is a chance they will become "unchained," at which point they can be convinced to join Fang's cause by way of a simple mini-game. Recruited monsters don't actually show up in battle nor do they come equipped with unique abilities, so it's hard to get invested in winning them to your side. The follower system is a chore, not a fun side activity.

Unchained Blades makes it a necessary chore, though. Followers are required for special battles in rooms blocked by the angelic servants of Clunea. Rather than fighting in the traditional turn-based style, the game suddenly turns into a rhythm game: As each of your followers hops onto screen, you have to tap a button to make them attack with their full potential. Each dungeon contains only one or two of these challenges, but they were one of the only places in the game that I got stuck. They require very little skill, instead leaving your victory or defeat up to chance, with your likelihood of winning increasing incrementally as you level your followers. 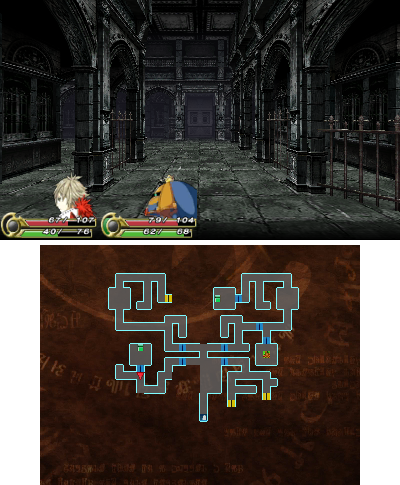 These follower-based fights put up an aggravating wall in the way of progress. Grinding is an expected evil in first-person dungeon crawlers, but I was rarely forced to do so because of my own party failing. Instead, I had to waste time recruiting new followers, a process made worse thanks to convoluted menus that make it a pain to look up stats for creatures and a vague "anima" system that lets you change the elemental leanings of your monsters. Finally passing these challenges never felt rewarding; it always seemed as though I just got lucky.

Unchained Blades' early hours also require more traditional (if equally aggravating) grinding. After spending 20 hours on the first chapter, I started chapter two and got thrown into control of a whole new party that was back at level one. That process happens again in chapter three, only this time you have to conquer the whole chapter with a single character. Eventually all of the party members come together, and your followers get overpowered, and the whole game picks up steam, but I'm hard-pressed to imagine a less welcoming first 30 hours (which ended up being just under half the game's full length for my playthrough).

The challenge isn't a surprise; years of dungeon crawling have built up my tolerance for difficult, slow-paced first-person RPGs. But Unchained Blades' great leveling system and sharp dungeon design clash with its old-school leanings and badly-developed attempts at mixing up the formula. The well-crafted bits could have been built into something special, but they're lost in the shadow of hardcore posturing.