Destiny will allow players to customize their characters and earn "customizable weapons, gear, and vehicles." The game will include "cooperative and competitive multiplayer modes," according to Best Buy promotional materials provided to Destructoid. Joystiq received similar material with corroborating information claiming to be from GameStop's pre-order bonuses, also provided by a tipster.

Information about Destiny first leaked last year when details surfaced in legal documents filed in conjunction with a lawsuit between Destiny publisher Activision and former Infinity Ward heads Jason West and Vince Zampella. In November, a marketing document and concept artwork was leaked online. In response, Bungie posted artwork on its website confirming the leak.

Polygon visited Bungie's studios in Bellevue, Wash. recently to go behind the scenes at the developer, so be sure to check out our feature. Polygon will have more on Destiny this Sunday, Feb. 17.

Update: Polygon was able to obtain Best Buy's pre-order materials, as seen in the pictures above and below. According to the wording on the back of the package, Best Buy customers can pre-order Destiny for Xbox 360 and PlayStation 3 with a $5 minimum deposit for the $59.99 game. The card casts a wide net, appearing to indicate that customers will be able to both pre-order and redeem pre-orders between Feb. 18 and Dec. 31, 2013. Activision has not announced Destiny's release date, nor was the game part of the company's 2013 financial projections during an earnings call earlier this month. 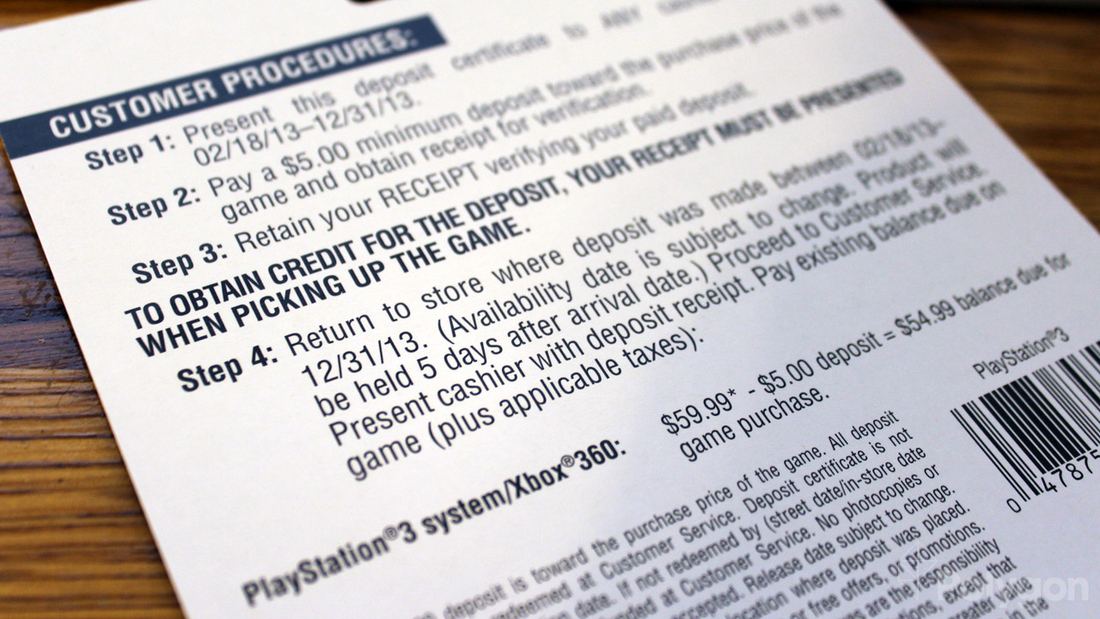