Metal Gear Rising: Revengeance honors its namesake while welcoming it into a new genre

Metal Gear Rising: Revengeance is not the game Konami originally set out to make.

Metal Gear Solid: Rising was announced in 2009, ostensibly set as a swordplay-based spin-off of the tactical stealth series. After years of development and rumors of near-cancellation, Metal Gear Rising has been reborn. The renamed Metal Gear Rising: Revengeance is brought to us by Bayonetta and Vanquish developer Platinum Games, a team that has shown itself suited to deliver on that initial promise of free-form violence. Meanwhile, series creator Kojima Productions has overseen development to ensure something recognizably "Metal Gear."

With the strengths of Kojima Productions in its colorful story and the strengths of Platinum Games in its exhilarating action, Revengeance proves that starting over was the right call. It capitalizes on the sadistic thrill of slicing foes into dozens of discrete bits and successfully spins off Raiden as a potential star of his own line of Metal Gear games.

In Revengeance, the alert sound is a call to action

Set after the events of Metal Gear Solid 4: Guns of the Patriots, Revengeance sticks Metal Gear Solid 2 lead Raiden in the middle of a globetrotting battle with the flamboyant supersoldiers of Desperado Enforcement, uncovering a bizarre military conspiracy. Initially unprepared, Raiden finds himself personally invested in taking down Desperado and its politically connected backers.

While providing some narrative context to Raiden's background as a child soldier, Revengeance also realizes the gameplay possibilities of his transformation into a cyborg ninja. In a lot of ways, it's the antithesis of the stealth-based Metal Gear games of the past. Previous Metal Gear heroes Snake and Big Boss were known for their ability to sneak and hide, and very occasionally Revengeance presents situations where sneaking provides a unique advantage. But Raiden is a walking shredder of man and machine. I used to cringe at the trademark Metal Gear alert (!) sound; in Metal Gear Rising: Revengeance, it's a call to action.

Revengeance's combat design is at the center of that action. Raiden uses a combination of light and heavy attacks that are familiar to action game fans, which come with their own trade-offs. Heavy attacks do more damage and refill the fuel cells that power the special Blade Mode, but light attacks are faster and can parry melee blows from Raiden's enemies. The hand-to-hand combat deepens with the addition of unlockable moves and a handful of unique weapons swiped from the corpses of Desperado's baddest bad guys. It starts simple, but Revengeance's combat builds into a harmonious set of rules, a process of carefully timed deflection and counterattacks that weave into powerful combos. It takes a while to piece it together, though; Revengeance doesn't do a great job of explaining the intricacies of its combo system — the game's tutorial is thin on specifics — or the importance of parrying.

Executions are punctuated by a thunder clap, and it's exciting every time 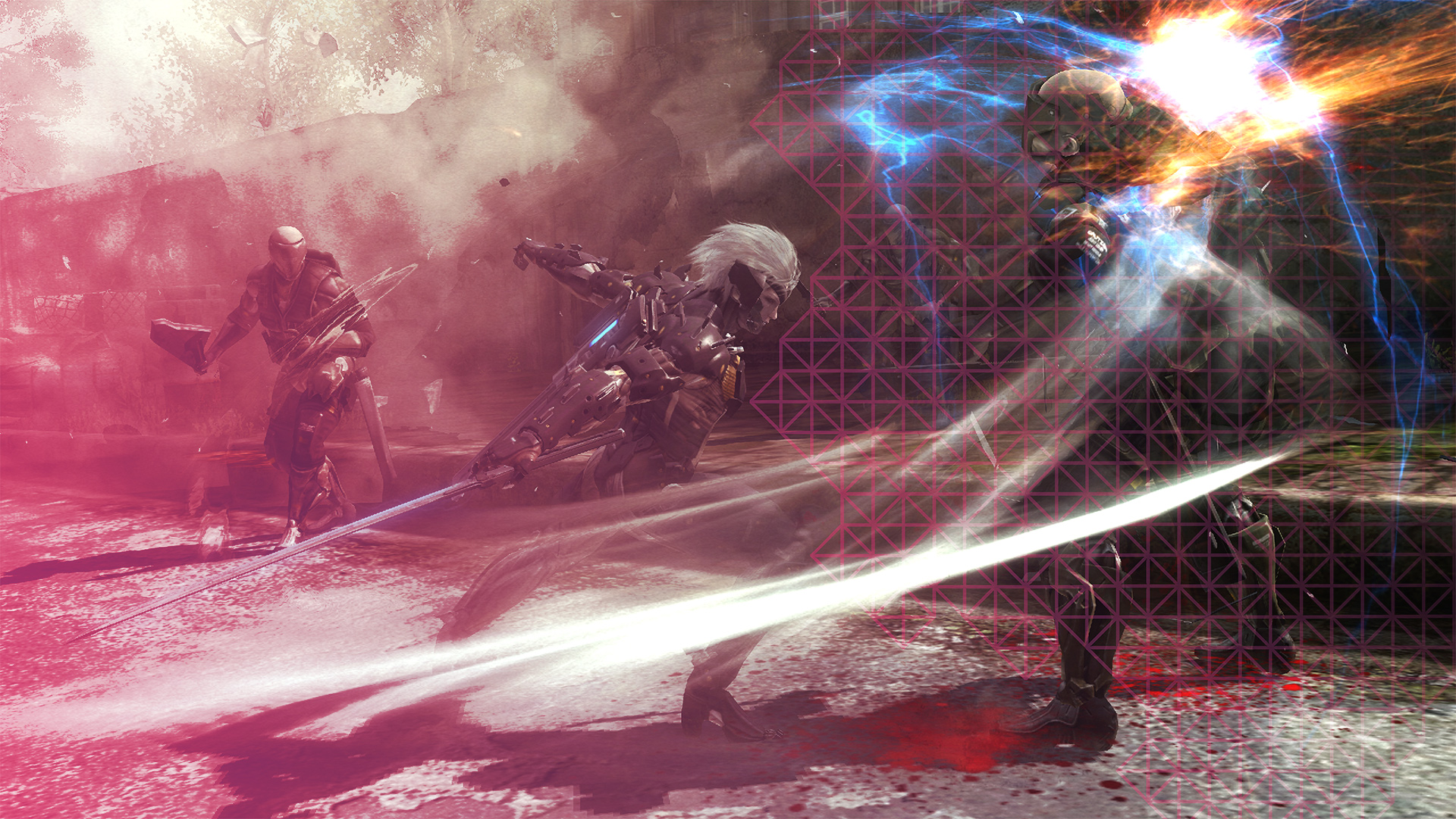 The total emphasis on offense distinguishes Revengeance's combat from other character action titles. Underlining this is Blade Mode, a vicious conclusion to combat encounters that pulls the game camera in closely, slows down time and lets Raiden slice apart enemies freely from any angle. Blade Mode lets Raiden perform dozens of slashes in the span of mere seconds, climaxing with Raiden reaching into the carved body of his opponent and ripping out a glowing blue spine that instantly recharges his health. These executions are punctuated with a satisfying thunderclap as Raiden crushes the backbone of his foes. It happens hundreds of times throughout the game, but it's exciting every time. 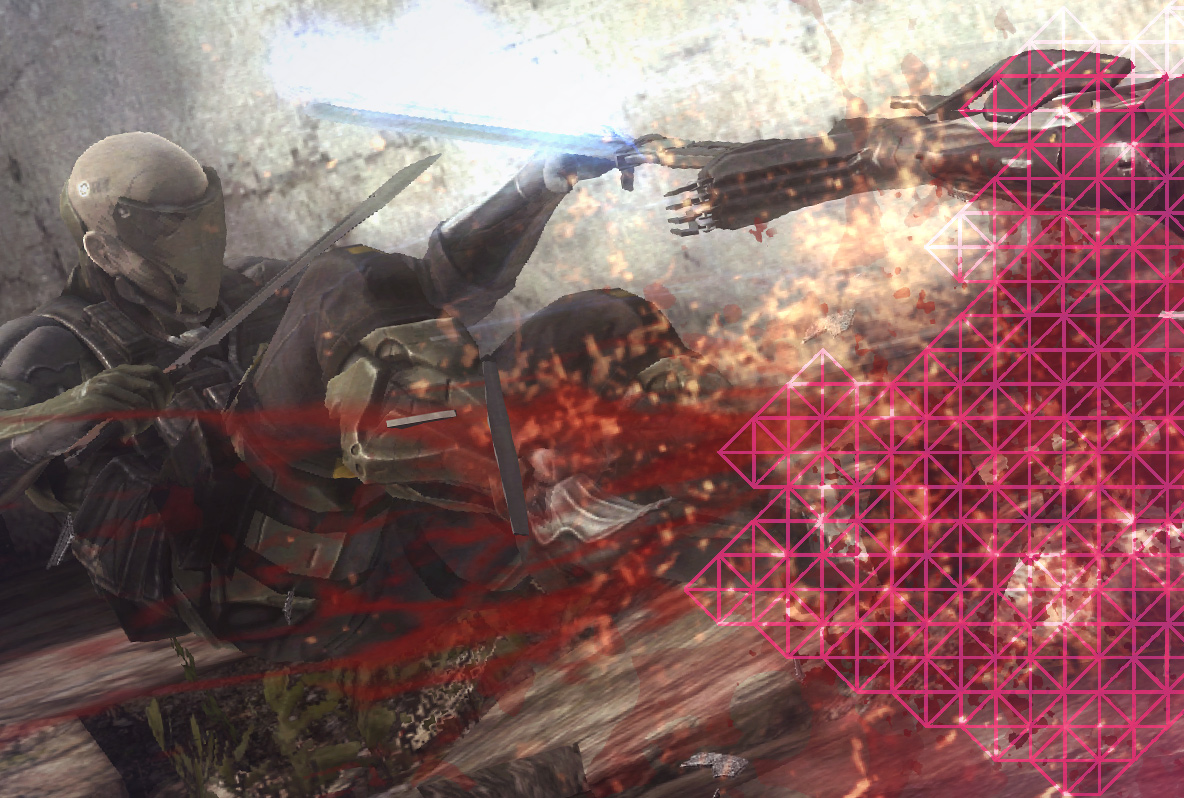 Eviscerating common enemies is consistently gratifying over Revengeance's eight chapters, but it's the handful of boss fights with Desperado cyborgs and giant mechs that deliver the game's best, most bombastic encounters. Beyond the outlandish and ridiculous — like when Raiden body slams a colossal Metal Gear Ray — Platinum expertly combines strong enemy and combat design with high-energy, dynamic music, creating the game's most memorable moments. 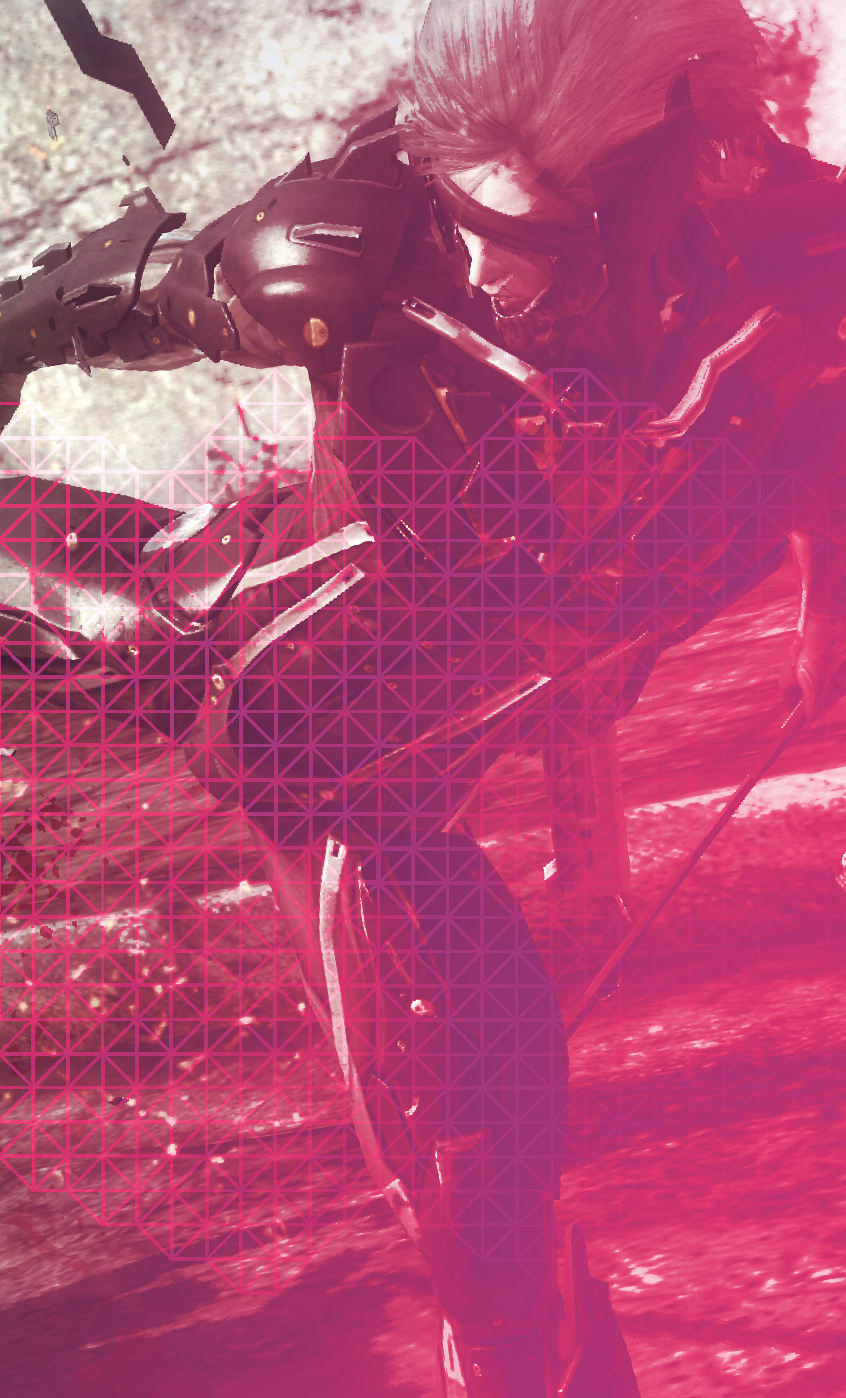 In addition to highlighting the solid design foundation of Revengeance's combat system, the boss battles also expose one of the game's glaring flaws: its ineffective camera. It's far too easy to lose sight of enemies in certain situations, leaving the player to guess where the next attack may originate. Platinum compensates for the camera problems by making Raiden highly damage-resistant and health drops plentiful — they're buried within almost every enemy — but it remains a source of frustration in many battles.

Between chunks of combat, Revengeance tells an exciting (if occasionally confusing) story enhanced by surreal twists and turns. In typical Metal Gear fashion, lengthy cutscenes and dozens of insightful codec conversations between Raiden and his Maverick compatriots flesh out the narrative and the personalities of all involved. A few of Revengeance's cutscenes ramble on for too long, but the jaw-dropping absurdity of those non-playable moments more than makes up for taking control away from players. Craziness is Revengeance's greatest plot strength, and it left me enthralled.

Despite the extended exposition, Raiden's story is still the shortest Metal Gear to date. But Revengeance shines brighter as players dig deeper into Raiden's suite of unlockable weapons and moves, as harder difficulties and more challenging VR Missions present themselves.

Revengeance honors Metal Gear while welcoming it into a new genre

Metal Gear Rising: Revengeance combines reckless abandon with the beauty of precision. It's a fast, frantic, fun game that does its own thing. But its bizarre plot manages to carve out a comfortable niche within the Metal Gear franchise despite the change of pace. Platinum Games has done something incredibly rare: honoring a beloved series while successfully broadening its reach into a whole new genre.Metal Gear Rising: Revengeance was reviewed using pre-release PlayStation 3 code provided by Konami. You can find information about Polygon's ethics policy here. 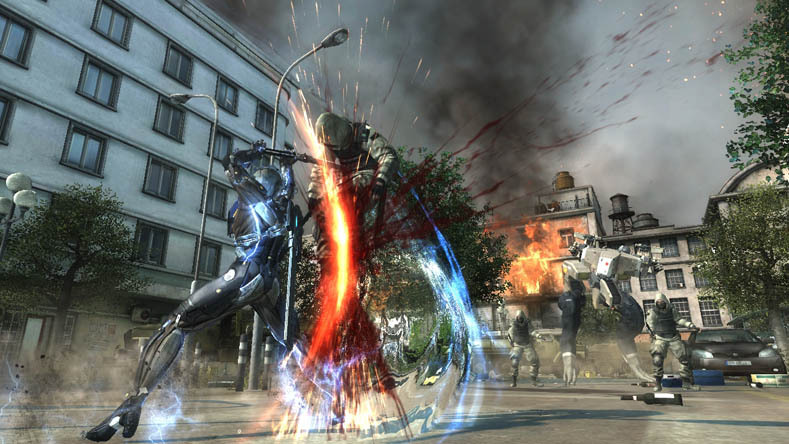