Share All sharing options for: Neverwinter: From top-down RPG to action MMO

The combat in Neverwinter moves much, much faster than you'd expect from a licensed Dungeons and Dragons product.

A franchise known for meticulous planning, strategic placement and top-down management has been interpreted in a manner not just strange for the series, but for the massively multiplayer RPG genre altogether. The camera rests behind the player at a traditional third-person camera angle. Attacks and powers are bound to keys and clicks, not relegated to trays and hotbars. Enemy attacks require timing and preparation to block, dodge or parry. No omniscient orders are barked from the heavens, no dice are rolled.

Andy Velasquez, senior producer at developer Cryptic Studios, told Polygon in a recent interview that the decision to abandon the top-down control scheme was a difficult one, as it would have resonated with fans of Neverwinter Nights and similar D&D RPGs from BioWare and Obsidian. In fact, there once was a time when the studio considered making top-down controls an option for nostalgic players.

The "conventional" MMO control scheme was quickly tossed out, as Velasquez said the team had become "tired" of playing with it. The top-down approach offered a stronger strategic option, but the development team unanimously agreed that the action-oriented scheme was the most satisfying to play with. The team explored the possibility of allowing players to choose between both, but the design differences between the two were irreconcilable. 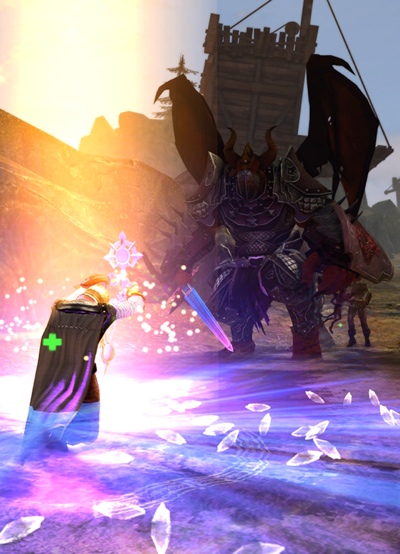 Neverwinter now features free-aiming, requiring players to manually line up their attacks rather than lock on to their foes. They've only got a few powers they can exercise in battle: At-Will Powers, basic attacks which are bound to left and right mouse click; Encounter Powers bound to Q, E and R, which are more powerful but require brief cooldowns, and Daily Powers bound to 1 and 2, which players activate after storing energy obtained by attacking enemies and taking damage. Between fights, players can change their active loadout of powers, choosing from a broader pool which are unlocked as their character levels up.

With few powers to remember and everything bound to accessible keys, the player doesn't have to take their eyes off their foe for a second, allowing them to focus on their movement instead of their user interface, or where their cursor is on the screen.

"...there were months when we had three control schemes in the game."

That design philosophy has become in vogue for a number of MMOs released over the past few years — action-oriented titles like TERA and Guild Wars 2 feature similar control schemes. However, when Neverwinter's combat designers began moving in that new direction, they didn't look at their direct competition for inspiration.

"When we went down this path, what I think was really good for us was we didn't look at other MMOs that have made action-y sort of combat systems, we looked at pure action games to see what they learned," Velasquez said. "Our lead combat designer, Kevin Stocker, has a copy of Bayonetta on his desk right now. We look at God of War, we look at Arkham Asylum, and those games. What do they do in terms of how quickly their powers fire, how long you're locked down for, how long are the visual effects present on screen? There's tons of minute lessons we've learned about what makes action games feel visceral and exciting, and tried to apply those to our combat system."

Neverwinter will ship with five classes (three of which were playable during the beta), which is on the low end for a standard MMORPG count — Velasquez admits it clocks in below the "formally thought pre-requisite 12 classes." The developer originally hoped to fill that (somewhat arbitrary) pre-requisite, but tightened its focus, ensuring that each of the classes made available at launch felt unique, and controlled perfectly.

To their credit, each of the three classes playable during the demo session felt unique. The Trickster Rogue darts around enemies effortlessly, chaining combos of melee strikes and ranged attacks together to occupy multiple foes at once. The Devoted Cleric lays down area-of-effect attacks to whittle away foes' health while restoring teammates, saving up energy to activate devastating finishing moves and life-saving heals. The Guardian Fighter wades into fights fearlessly, capable of actively blocking otherwise devastating attacks with a well-timed press of the shift key — a seemingly obvious choice, but one that Velasquez said was a breakthrough for the dev team.

What's unexpected is how, despite the faster pace of combat, Neverwinter still achieves the feeling of teamwork awarded by the cooperative tabletop game from which the franchise was born. Last-minute heals, tide-turning Daily powers, and stylish evasions are not only present, they're happening in front of the player's face. They feel less like animations with effects denoted in a chat log, and more like live, dynamic combat requiring each class to fulfill the role they've been assigned.

More importantly, because of the limited number of commands players have accessible to them at any given time, the combat is also incredibly controller-friendly. Though Neverwinter won't have a native "controller mode" when it launches, commands can be manually bound to Windows-compatible controllers. Elements like UI navigation and chat limits how useful the controller can be, but Velasquez said those aren't unsolvable problems. 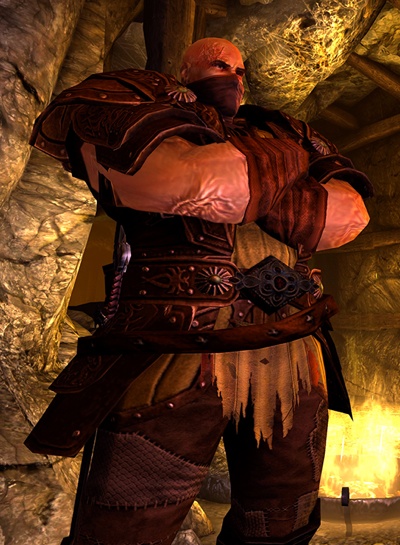 "Our lead combat designer, Kevin Stocker, has a copy of Bayonetta on his desk right now."

A controller-friendly MMORPG running on a computer capable of streaming onto a television could help Neverwinter find a backdoor into the living room; a realm that's largely eluded the genre.

"It's something we've talked about a lot," Velaquez said. "It's something that we're probably not tackling for launch, but one of the things I think Cryptic is really good at is listening to our players post-launch and providing them updates that really make sense ... If that is something that comes up that our fan base is really interested in, then absolutely."

At the moment, Velasquez said, the studio is leaning towards making its largest content updates — like additional classes to bring them closer to the 12-strong sweet spot — will be free of charge. Other aspects, like more microtransaction-based content, will be determined and priced by Cryptic's interpretations of player response.

To that latter point, Cryptic sees itself as having a unique opportunity with Neverwinter. Rather than having to adapt its subscription-based game to a different economic model, placing content once included with paid memberships behind a paywall, Cryptic can make those kinds of distinctions before launching the game. They can determine what players want to pay for, and charge them for it, rather than finding ways to monetize the things players expect to receive (and have formerly received) for free.

Though the developer is still deciding exactly which items will be sold through microtransactions, they're planning on allowing players to choose exactly how they pay for them. Most items can be purchased either with Zen — a currency players purchase with real money — and Astral Diamonds — currency which players can earn by "invoking" their respective deity; an action they can perform every hour. The two currencies effectively commoditize either real-world cash or real-world time. They can also be exchanged in an auction house, where players can sell their Zen for Astral Diamonds in a market that shifts with player demand. 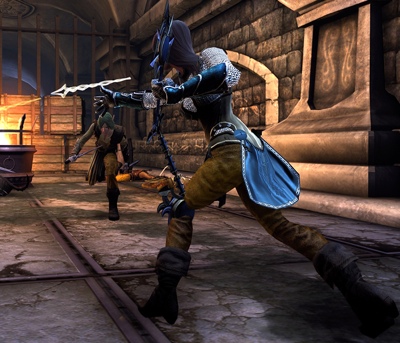 Regardless of how much content they give away, or how clever they get with their currency models, Cryptic will still have to overcome a huge hurdle to make Neverwinter successful. They'll have to prove that their free-to-play game isn't designed to nickel-and-dime the player, or provide an overall insubstantial experience.

"That is the unfortunate stigma that I think Neverwinter is absolutely saddled with, and I think hopefully, we see ourselves as — a bit pompously probably — the vanguard against that," Velasquez said. "We are, as far as I know, the first game that was of our quality ... Western-developed, really, really high quality game that is built in this system because we think it's the right way to go — not because the other [business model] failed."

"We have to make a better game."

That burden of proof facing Neverwinter is exactly why Velasquez is so enthusiastic about the free-to-play business model. Simply put, when the players can leave your game without hesitating because of a lack of financial investment, it means developers have to focus all their energy into making the game as compelling as it can possibly be.

"One of the things I love as a developer, and we've seen our players love: Because the friction is so smooth, if you don't want to play, you didn't put down money up front, you don't feel obligated; you'll just stop playing," Velasquez said. "We have to make a better game. It's a really silly, one of those things that seems so obvious. But in terms of releasing new content, figuring out what to offer as microtransaction options, it's a lot of, 'Well, what do my players want? What are they looking to buy? What is really going to piss them off?'

"We were looking at those things when we were subscription, but it wasn't nearly this overriding focus we have now," Velasquez added. "I think, in general, it ends up forcing you to create a game your users are going to like more." 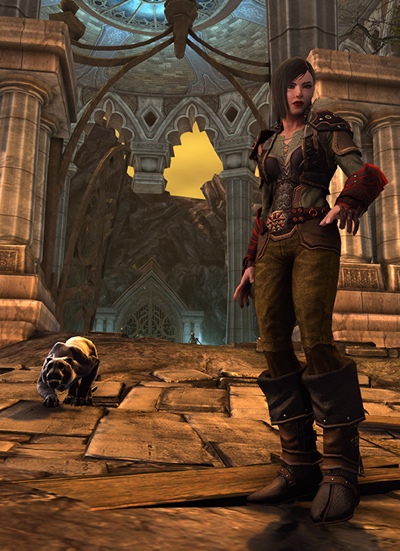