Today was the day. After months of rumors, speculation and hype, Sony finally unveiled its strategy for the upcoming console war. The fourth — and possibly last — PlayStation home console will be called ... wait for it ... PlayStation 4 and among the many other things that can be said about it now, we know that it is due for release this holiday season. We'll go over everything we've learned today at the Sony PlayStation Meeting 2013 in New York City, but first, some background.

To fully appreciate the stakes for Sony with this console launch, it's important to understand the state of the games industry. In short, this is a time of greater and faster change than at any other time in the history of the industry, short of the total collapse in the early '80s.

Motion, touch, mobile phones and broadband internet are changing the way people play and purchase games while at the same time, the ability of new graphics technology to leap frog previous generations has slowed. Meanwhile the current generation of home consoles, particularly with the Xbox 360 and PlayStation 3, is still going strong, having caught a second wind going into its second half-decade of life. Many gamers are wondering why they need a new generation at all.

All of this means that a new video game console has to do more than just look prettier to represent a significant enough advancement to convince gamers to pony up for a new machine. So how does PlayStation 4 meet the challenge? 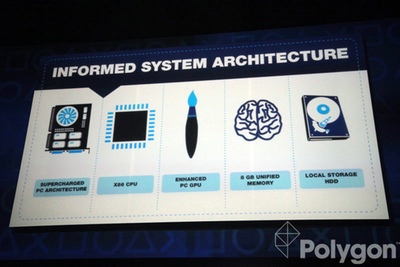 At the PlayStation Meeting tonight, Sony announced the four major concepts it was going after with the design of the PS4: Simple, Immediate, Social, Personalized.

"Simple" refers to the PS4 architecture, and one assumes is a direct response to the architecture of the PS3, which was widely criticized for being overly complex.

"Nothing should come between the platform and the joy of play," said Mark Cerny, lead system architect.

As Sony's demonstration video explained, "simple" means "elegant," and with elegant hardware you can achieve "astonishing complexity." Whatever that means.

Here are the PS4 specs revealed so far:

Pictures of what was alleged to be a PlayStation 4 controller were leaked last week, and anyone secretly hoping those leaks were false got a shock tonight: They weren't.

The DualShock 4 appears to be a hybrid of the PS3 DualShock 3 controller, the PlayStation Move controller and the touch-sensitive pad on back of the Vita.

"We worked with key partners in the development community to enhance the feel of the joystick and the trigger buttons," said Cerny.

The DualShock 4 features enhanced rumble, improved latency, a touchpad, the all-important share button (more on this later), a headphone jack and a lightbar for Move-style motion control.

It comes in black. 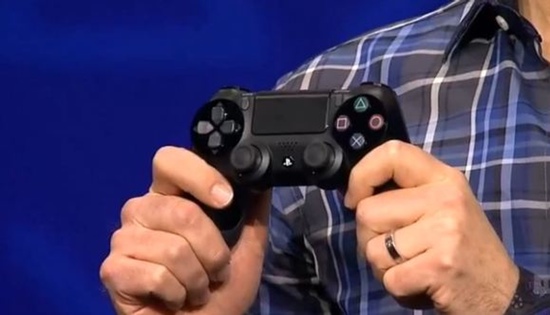 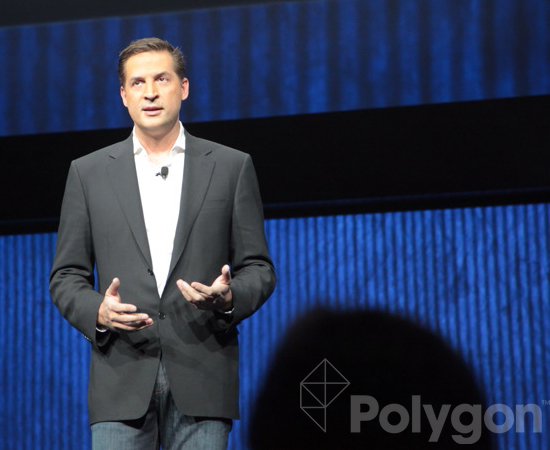 To address the "immediate" tenet, Sony is leaning on the recently acquired cloud service Gaikai.

"What we're creating is the fastest, most powerful network for gaming in the world," said Dave Perry, CEO of Gaikai.

Using the Gaikai cloud service, gamers will not only be able to sample and purchase games through the PlayStation Network (including, eventually, backward-compatible PS1, PS2 & PS3 titles), but they will also be able to press the "share" button on the DualShock 4 to begin capturing their own gameplay in real time and multicast it to their friends using the new PS4 social network.

The best part: Gamers will be able to begin playing a game they've purchased while it's still being downloaded.

"Instantly experience anything you want," said Perry. "Pay only for the games that you fall in love with."

The network will also host a suite of connection tools for game developers, allowing them to capture data about how their game is being played, and interact with the player as they're playing the game.

Additionally, the PS4 architecture will allow gamers to suspend and resume with the play session preserved in ram with the goal, according to Sony, to eliminate barriers between the desire to play and the ability to play.

Social is where things get interesting for the PS4. The "share" button on the DualShock 4 controller is essentially a door to connectivity and sharing. Sony will be partnering with "key third party devices and services" like Facebook and Ustream to provide a raft of options for sharing and sociality.

Pressing the "share" button while playing a game will allow players to capture video and broadcast it to friends. Hit the share button, scan the last few minutes of gameplay, tag it and return to play. Video will upload as you continue to play.

Using the PlayStation Network, gamers will be able to browse live game video of what friends are doing at that exact moment, and the network will be designed around "real world friends."

Perry called it "the first social gaming network with meaning." 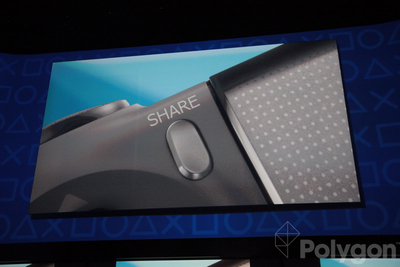 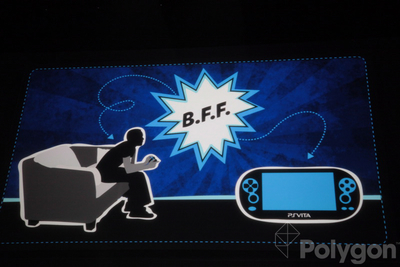 "The living room is no longer the center of the PlayStation ecosystem. The gamer is," said Andrew House, Sony's president & group CEO.

A major goal for the PlayStation 4 will be to dislocate gaming from the living room and allow gamers to play the same games no mater where they are. The Vita, which many had been ready to declare a failure, will now become, as Perry said, the "ultimate companion device for the PS4."

Using Remote Play, gamers can pause a game, transfer it from the PS4 to the Vita, then resume playing from precisely where they left off. Then do the same in reverse. In theory, this will allow long, immersive play experiences to be shared across both devices, on the go.

"Our long term goal is to make every PS4 title playable on the Vita," said Perry.

Sony also hinted that this service will be available, to some extent, amongst the PS4, PS3, Vita, smartphones and tablets.

In a possible slip of the tongue, Perry also admitted that the PS4 will not play PS3 games out of the box, suggesting that the Gaikai service will "some day" fulfill the demand for backwards compatibility.

We should expect more on the topic of "personalization" in the months ahead. What Sony revealed this week, however, suggests a goal for the PS4 is to have it observe and learn about a gamer's preferences and provide updates and downloaded content in advance.

"This system is very much aware of the player and what is going on in the room," announced a demonstration video.

What this will mean in practice remains to be seen.

The PS4 will also serve as an entertainment center, as many would expect. The Gaikai cloud servers will push content from Netflix, Amazon Video, Crackle, Hulu, Music Unlimited and others that have yet to be announced. The PlayStation Network will also allow for download of movies. 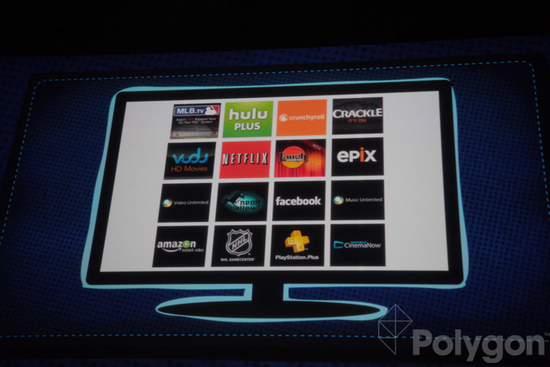 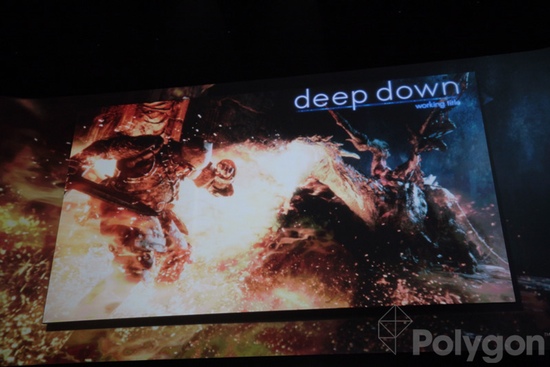 Conspicuously titled with the same initials as Dragon's Dogma, this title looked a bit like a cross between an Elder Scrolls game and Dark Souls. It ran on Capcom's proprietary engine, codenamed Panta Rhei. 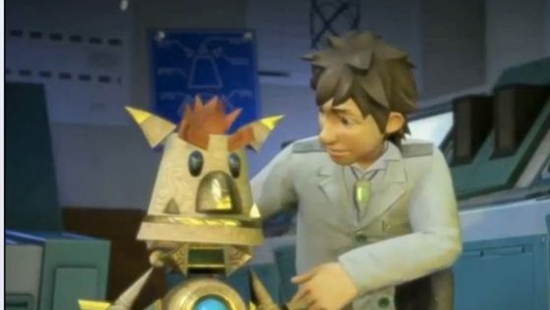 Japan Studio's Mark Cerny was on hand to announce Knack, the very first in the line up. Stylish, cartoony graphics predominate throughout, while the narrative centers around the invasion of a human world by a goblin race. You'll guide the eponymous Knack, a robot capable of "explosive growth," in humanity's defense. 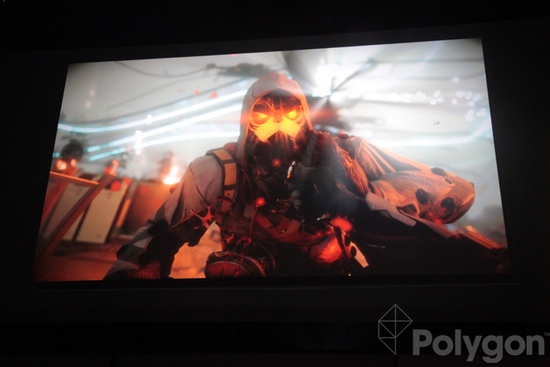 Pointing to the Cold War as an influence, Shadow Fall continues to tell the story of the Helghast invasion. The opening vignette showed a terrorist bombing that leaves scores dead and wounded. As a member of the military team on hand you'll triage civilians as Helghast reveal themselves, decloaking and killing wantonly. 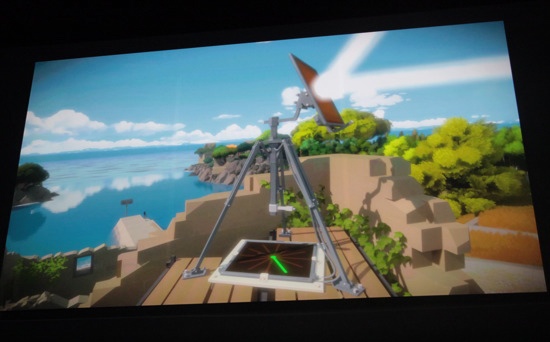 PlayStation 4 will be the only console The Witness is on during the game's "release window," developer Jonathan Blow said. The Witness was previously announced for release on Windows PC and iOS sometime in 2013. Complex two-dimensional line puzzles are encountered from a first-person perspective in a fully 3D world, while Myst-like mechanisms buzz and whirr. 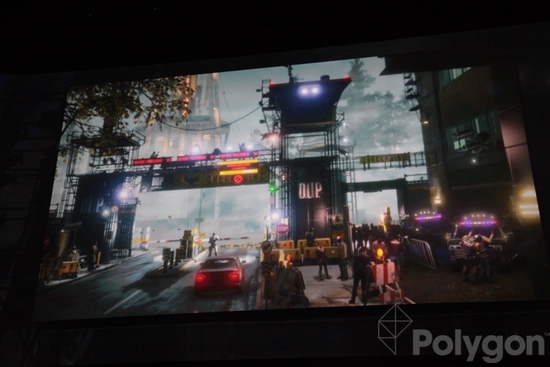 Bright, glimmering effects filled the screen in this sequel. Sucker Punch's Nate Fox was on hand to emphasize the post-9/11 inspiration for a secure state terrorized by freedom-fighting mutants. 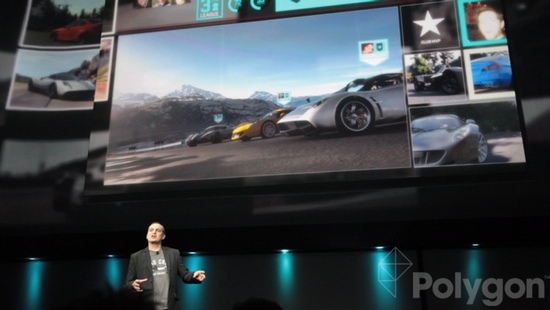 Fans of racing games won't touch titles that don't sport a first-person cockpit perspective. Driveclub goes one further by detailing the driving experience both inside and out, from the opening of the door, raising the switchblade wings of a supercar and buckling in. Even the suede upholstery and carpet fibers lean in the right direction. 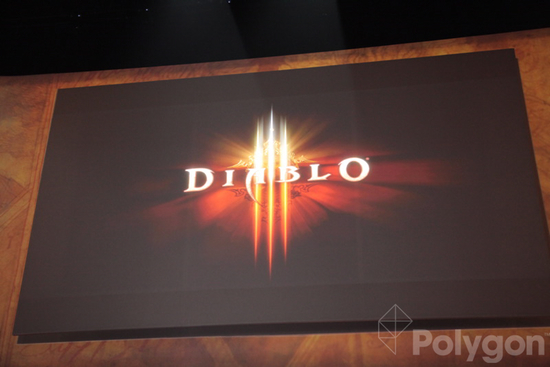 Touting their console roots, Chris Metzen announced a strategic partnership that would bring Blizzard's click-fest to the DualShock. The game has been customized to run on both the PS4 and PS3, and features four-player, full-screen co-op. 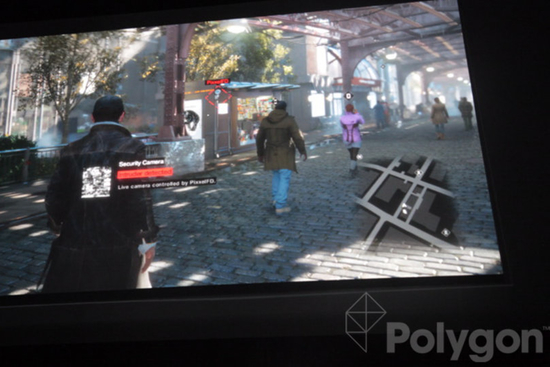 Ubisoft's Watch Dogs takes place in a massive, open-world Chicago. Players will be able to eavesdrop on the cell phones of passersby, or tap into security cameras scattered across the map.

While this title has been on the Ubisoft radar for some time, having been announced and demoed at E3 2012, a new live demo of this title highlighted a foot chase through downtown Chicago. 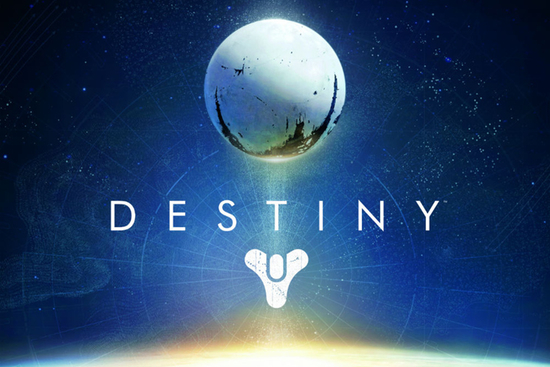 After last week's ho-hum unveiling, the PS4 audience was treated to a few more seconds of gameplay footage.