Close observers of the Academy Awards ceremony last Sunday evening have been in an uproar over the various flubs and snubs, but the most egregious wasn't Seth MacFarlane's limp bigotry and sexism, or the Academy's refusal to acknowledge Ben Affleck. That distinction belongs to the Academy's sideways recognition of the visual effects studio Rhythm and Hues by honoring the film Life of Pi with an Oscar for best effects, then refusing to allow the winners of that award to point out that, in spite of their achievements, Rhythm and Hues were now bankrupt.

And so are a lot of other VFX studios. And a lot of the people who work at those studios, some of which no longer exist, were picketing and protesting right outside the theater where the awards were being handed out.

At a time when hardly a single film can be made in Hollywood without some manner of VFX retouching or enhancement, the ability of VFX studios to stay in business — and that of its artists to earn a living wage — is practically non-existent. This, in spite of the fact that heavily visually enhanced films are among the highest-grossing in Hollywood, and in spite of those films' massive multi-million dollar budgets.

What's worse is that most within the industry don't even seem to be aware of this discrepancy. Life of Pi director Ang Lee has reportedly said that the "cost" of visual effects is what stands in the way of more works of art like his film being made. Which statement is true? Are visual effects prohibitively costly, or are the services of those who create them woefully undervalued? 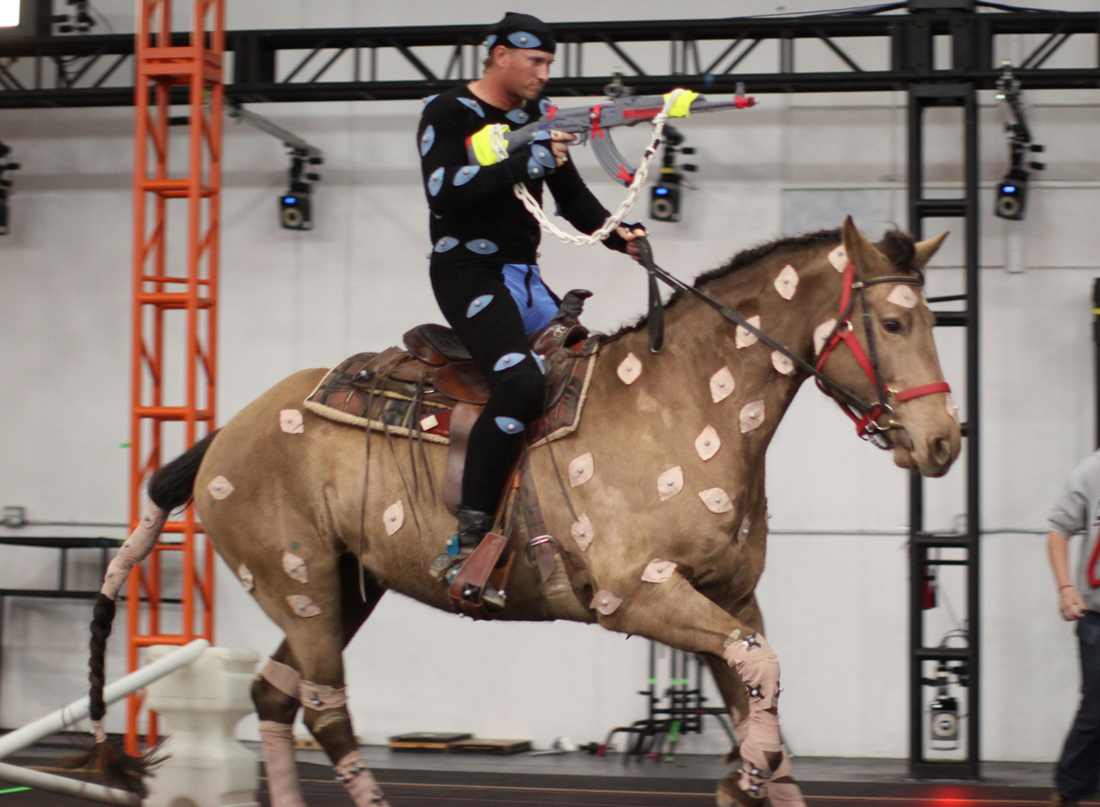 By all accounts, both. Sweeping visual effects productions like Life of Pi are at once prohibitively too expensive for any but the most major of studios to undertake, and yet those effects jobs are also undervalued to the point where those awarded them cannot afford to pay their bills.

Only in a few, rare and lucky cases are visual effects studios able to meet the demand for their services and do so on time and under budget. But in order to do so they must push their employees to the breaking point, working massive amounts of hours for little or no extra compensation. To the point where, in many cases, highly-skilled and trained visual effects artists end up earning less than minimum wage before dropping out of the industry entirely, exhausted and discarded with very little to show for their feats of endurance.

Close observers of the video game industry will have, by now, seen where I'm headed with this. If you work anywhere near the AAA video game industry, the above summary of the woes of Hollywood's visual effects quarter should sound intimately familiar. Not only are the financial circumstances of the Hollywood VFX firms dramatically similar to those of their AAA video game industry counterparts, but the work is often similar as well. Hundreds of artists and technicians hunched over computer consoles for thousands of hours, tediously pushing pixels and compiling code to create wondrous digital illusions for the sake of entertainment.

Meet deadlines or payments are withheld, their contracts say. Hit review score targets or bonuses (which in many cases make up as much as 80% of "expected" income) are forfeited. In AAA video games, as in Hollywood VFX, only the smartest, most efficient and luckiest studios survive the process, even if their games succeed. Almost none of them survive a failure, and even "surviving" may ultimately be delaying the inevitable, as the hidden costs of this style of development may eventually result in attrition.

Now we're on the brink of a new console generation, and many game industry observers are questioning whether or not we're due for another industry crash, akin to the recession in 1980 which provoked the erosion of Atari and set the stage for the emergence of Nintendo. I say that's the wrong question.

In part, because the industry, to an extent, has already crashed. What we are seeing now and will be seeing for the remainder of this year and into next is the response to that crash. Nintendo recently launched its Wii successor, and Sony and Microsoft are poised to unleash their new PlayStations and Xboxes, respectively, but these new devices are historically long overdue.

The current console generation has lasted roughly twice as long as any in history precisely because of the dire straits of the industry. Similarly, the encroachment of the indie-friendly consoles from Valve and Ouya are a direct response to cost-cutting and risk-aversion on the part of the larger games companies, which is itself a reaction to the Great Recession of 2008 and the resulting "mini-crash" of the games industry.

Let's go back to Hollywood. Why the state of the VFX industry is so shocking is not that anyone is surprised that Hollywood producers could be so venal as to disregard the impact of their penny-pinching on the workers who provide their services to the industry (feel free to laugh at the thought), but rather, that of all the services provided by all of the businesses in Hollywood, visual effects is one of the very few that isn't governed by a union.

In the Hollywood film industry, practically everyone is represented by organized labor unions. From the actors who speak the words to the caterers who provide the meals, every single person on a film set holds a union card of some sort in their wallet. Except for visual effects artists. And they earned those cards after a rampant abuse of workers led to a near total collapse of the film industry which led, in turn, to the creation of unions to protect the industry from itself, and the workers from their masters. The golden age of Hollywood, after all, is not called "golden" because everything was awesome, but rather because a handful of studio owners were able to build houses made of gold on the backs of their exploited workers.

The Hollywood of today looks vastly different. True, while workers and talent are still occasionally exploited mercilessly, the extent to which a worker can be used up and discarded is drastically limited by union agreements, enforced by the occasional strike. And while the film industry has suffered its occasional financial ups and downs, few other than the most ardent anti-union extremists blame organized labor.

Moreover, Hollywood film producers are still able to become fabulously wealthy by making films. The major difference is that now, too, can some of their colleagues. And very few professional film technicians have to worry about never finding another job after they've completed (or been laid off from) their current one. 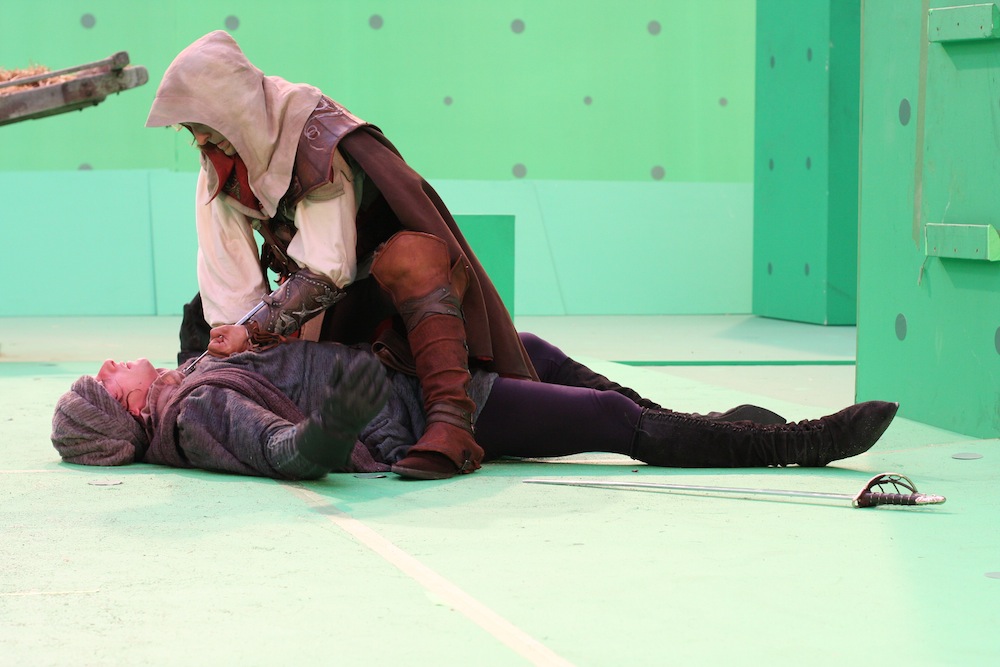 Cut to: the video game industry. Within the industry, we've heard an unofficial, but apt term for a studio that's hastily assembled to create a single video game, with limited financial backing and impossible deadlines and that, after their specific project has been completed is disbanded, scattering its workers to the winds. It's called a "kamikaze studio."

Video game publishers will routinely poach key talent from a neighboring competitor, form a new entity around those workers, then push them as hard as they possibly can to create a AAA game in the shortest amount of time possible for the least amount of money conceivable, then shutter the operation once the job is done. Those workers, then, are finished.

Maybe they'll be allowed back where they started. Maybe they'll find another opening at another new studio. Maybe they'll go work at Starbucks. Maybe the game they'll have spent upwards of 100 hours per week working on for effectively less than minimum wage will not even be released, depriving them of the ability to list the months they've spent being exploited as a credit on their LinkedIn page. Just like those who work in Hollywood visual effects.

According to an article in the latest issue of GDMag, available today, the more hours a developer works in a regular work week, the more likely they are to have additional hours tacked on during crunch cycles. Of polled developers, 38% of those who work less than 40 hours and 32% who work between 41-50 hours claimed to not see their hours increase during a crunch cycle. That's compared to 25% of the polled developers working 51-60 hour weeks and 7% working 61-70 hours.

It seems the longer a developer works, the more they're asked to work.

The golden age of Hollywood, after all, was not called "golden" because everything was awesome

The real question facing the video games industry today is not whether or not this new console generation will be the last, or if we're headed for another (another) crash; it's whether or not the industry will mature to the point where it no longer considers line level game makers disposable, and how soon that change will come for the current generation of talented artists and technicians who are currently considered as disposable as light bulbs.

The controversy surrounding Life of Pi and the treatment of Hollywood visual effects artists isn't going away, and the most likely result will be that VFX studio workers will find themselves represented by one or more of the existing Hollywood unions. Expect the studios to fight vigorously against this, since being able to save money on VFX has made much of the current resurgence of blockbuster films possible, but it will happen. It is inevitable. Unionization is well enough established in that industry that visual effects artists will find more friends than enemies on their way to securing their future as a creative field.

What then, of game makers? Their chances are worse.