Share All sharing options for: A shaky start to 2013 could be good for the games industry

January was the cruelest of months in recent video game history. But that's not an entirely bad thing.

Last month saw the disintegration of a major publisher, the shuttering of a Disney-backed studio, the once flush Nintendo facing massive losses, a slew of other developers teetering on the brink of disaster and a rekindling of concerns that video games corrupt youth.

But January wasn't all bad news. It also saw the rise of the "micro-console" and the creation of new studios by a new breed of free-to-play game makers.

Viewed holistically, the beginning of 2013 wasn't a month of bad or good, simply a month of change.

"January is evidence that there has been a shift in the industry," said Wedbush analyst Michael Pachter. "January is showing a lot of cracks in the industry. The industry has changed and now people are having to adapt to the change."

Publisher THQ's months-long dissolution is a clear sign of what happens when a company doesn't react to that need for change, said Jesse Divnich, vice president of insights at Electronic Entertainment Design and Research.

In late January, THQ, the publisher behind such game franchises as Metro, Saint's Row and Darksiders, was broken apart and sold off to other publishers in a half-dozen bankruptcy court deals that netted investors about $70 million. All that's left of what once was the third largest game publisher in the world are a bunch of office supplies and a slew of individual video game properties, all of which is being sold off piecemeal for as much as another $29 million. 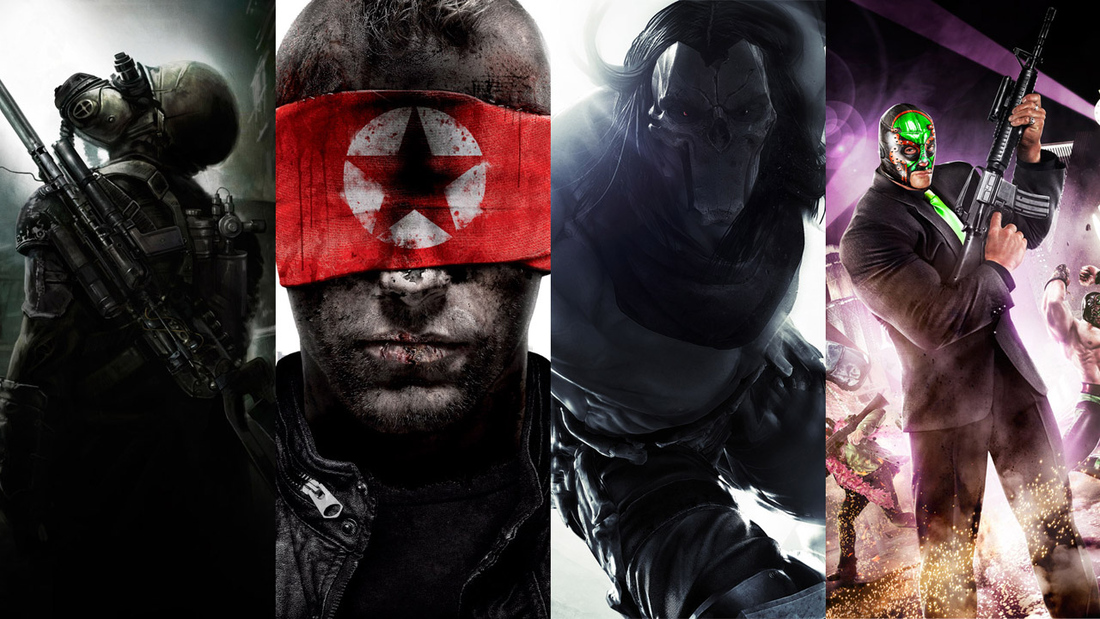 "I think what happened to THQ is an important news item for the entire industry," Divnich said. "Our industry evolves constantly, if you're not ahead of the curve, you will be left behind."

And the industry doesn't wait up for those companies which fail to evolve, it simply steamrolls over them.

Even moves to stay ahead of that curve can lead to massive changes within a company. Last week, Disney shut down their Austin, Texas-based studio Junction Point laying off more than 100 people.

The closure was in part so the company could "address the fast-evolving gaming platforms and marketplace and align resources against our key priorities."

January also saw the near closing of PC game developer Gas Powered Games as founder Chris Taylor tries to transition the company into self-funded games. Shortly after launching a Kickstarter, Taylor laid-off all but a handful of employees. He says if the Kickstarter doesn't pull in the $1.1 million he's asking for it will likely mean the death of his company.

Even Nintendo and it's relatively new Wii U is facing a bleak forecast, recently lowering their sales projections for the fiscal year.

Pachter believes Nintendo's plight is tied to misjudging the sort of audience that would be attracted to the Wii U.

The Wii, he said, did a magnificent job of pulling in a new sort of audience, groups of people who historically never considered playing games. But by 2008, Nintendo had started to lose that audience. Those non-traditional gamers has become a pretty huge market, but had also mostly migrated over to mobile, tablet and social gaming.

Where once these non-traditional gamers played tennis on the Wii, now they spend a few minutes a day playing tiny, free games on their smartphone, or sinking time into Facebook games, Pachter said.

"That has been a massive paradigm shift," he said.

Nintendo didn't address that shift with the Wii U, though, instead it delivered an experience that while providing some casual play, still relies on a fairly complex controller to navigate.

"Nintendo's mistake was thinking that if they launch a new console they were going to get back those 25-year-old, 45-year-old, 65-year-old housewives," Pachter said. "But they are getting just as much joy playing Farmville or Angry Birds as they did on the Wii.

"The ubiquity of these relatively inexpensive or free content is keeping them playing."

Nintendo's misstep even had a bit of a hand in what befell THQ, Pachter believes.

The company was too invested in the Wii and too dependent on licensed properties. That double whammy, coupled with a slow reaction to the industry's evolution, ultimately led to the company's demise.

While the closures, job losses and lowered expectations dominated the tail end of January, the month kicked off with a reminder of the industry's ability to constantly shift and thrive. 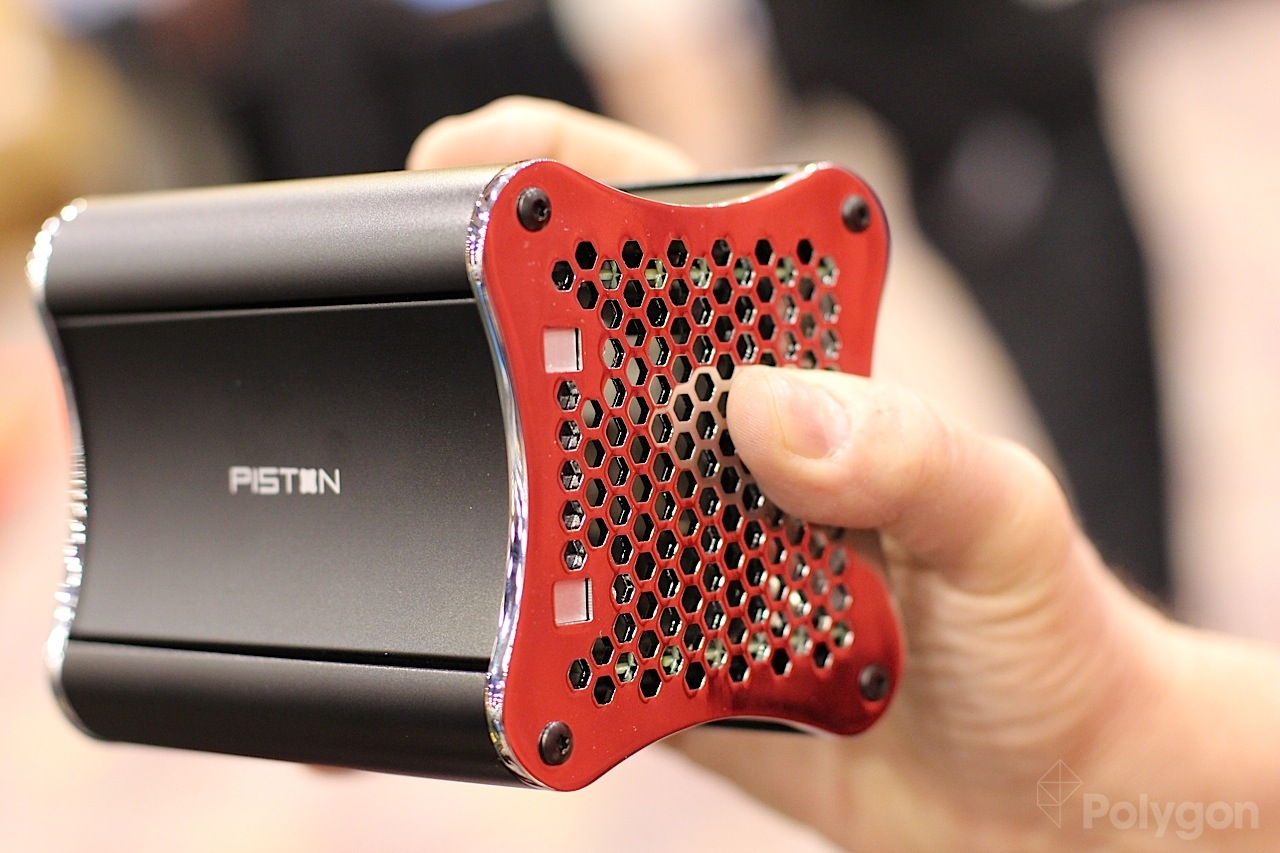 The Consumer Electronic Show, often devoid of major gaming news, was this year packed with news from a different sort of video gaming industry.

The rise of the "micro console," small, affordable video game machines, dominated the news coming out of the annual tech trade show. Android-based consoles like Ouya, GameStick and Nvidia's Project Shield garnered a lot of attention as solid game console alternatives. Valve's long-rumored computer-turned-console Steam Box made an appearance and Razer's tablet gaming system the Razer Edge was shown off.

And January ended with a surprise announcement from Sony about a February event that many believe will be the unveiling of the next PlayStation. Sources have told Polygon that both a new PlayStation and Xbox will likely be on sale by this holiday.

A tumultuous January bookended by signs of both next-gen consoles and an emerging sort of gaming is the strongest sign that the video game industry is on the verge of major change.

"I don't think there is any one specific cause for January," Divnich said. "I do believe a lot of companies are trying to jockey for position as we kind of get closer to not only the next generation but new technologies coming out."

In EEDAR's offices they have a 12-foot by 12-foot poster that shows the company's predictions for the next four years, something they track carefully for accuracy.

What they've found, Divnich says, is that the only consistency year over year is that there is no consistency. Things always change in this industry.

"I would argue that every year change has occurred and that's a good thing," he said.

Pachter says that looking back, people will likely view January 2013 as a tipping point.

"This is the end of the death of the industry," he said, "and the beginning of its ascendancy."