Share All sharing options for: Greg Zeschuk's The Beer Diaries dives deep into the heart of independent brewing

Greg Zeschuk is no stranger to watching his projects be scrutinized by the public for the very first time. He's got a couple decades of high-profile video game launches under his belt from his tenure as general manager and co-founder of BioWare. Perhaps that's why last Wednesday, on the night of the debut of his beer brewing-centric documentary web series The Beer Diaries, he looks and acts surprisingly calm.

Or, maybe it's something else.

"I mean, I had beer there, that always makes things ... jollier," Zeschuk told Polygon the day after the premiere. "I was pretty calm."

The first three half-hour episodes of The Beer Diaries, Zeschuk's chronicling of beer brewers and the culture surrounding their craft, were shown on the big screen of one of Austin's Alamo Drafthouses; a venue also known for serving craft beers during the showing of its feature films. The episodes played to a sold out crowd (to the chagrin of the dozen or so stragglers who attempted to buy tickets the night of the show), who gathered in the lobby, almost invariably sipping beers while congregating.

Zeschuk stood among them, chatting with the show's crew and his former BioWare colleagues, who came out in full force to support Zeschuk's newfound career path.

"There's always this excitement of getting something out there on the market. I was really pleased with all the beta test subjects in the theater, it was awesome," Zeschuk said, laughing. 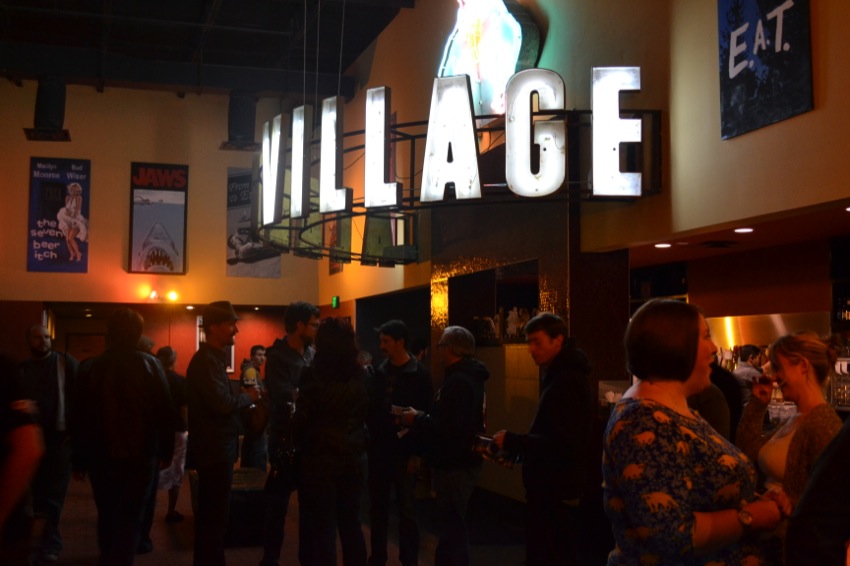 Zeschuk didn't make many references to his former enterprise during the evening, either on or off the screen. He intimated that launching a web series is roughly equivalent to launching an MMO rather than a traditional game, as it requires constant refreshing, updating and expanding. A brief intro video spoke briefly about his jump from the medical field to the games industry, but didn't speak much about the forces which pushed him out of his former enterprise into his latest.

Many of the "beta test subjects" in attendance wore their admiration for Zeschuk's games on their sleeves in a fairly literal manner. A handful of viewers showed up in Mass Effect-branded N7 hoodies, a couple others in Dragon Age shirts.

Zeschuk said he wasn't worried about fans of his previous work bleeding over into the viewership of The Beer Diaries. Fostering an appreciation for craft beers and loving video games aren't mutually exclusive impulses, he argues.

"I don't know, I think you can like games and you can like beer. It's not surprising," Zeschuk said. "A ton of people who were there were folks from town, folks from the BioWare office, and other folks wearing BioWare game stuff. I think in a way, you gotta embrace it as just part of the package, right? I have this profile in the games business that's helpful for this other stuff. I'll use it responsibly, but I'll definitely use it. You just gotta use it for good."

The first three episodes of The Beer Diaries offered a surprisingly esoteric look into the practice and culture of beer brewers in the Austin, Texas area. Each episode followed a similar format: A straightforward interview on the featured brewer's origins and overall profile of their products (led by Zeschuk himself), followed by a tasting of each of the company's most popular beers.

Aside from a few brief animated segments which were layered over the dialogue, the interviews were fairly dry, but informative. The show quickly establishes itself as a non-bombastic take on examining beer culture — a foil to Zane Lamprey's Three Sheets, which more heavily focuses on the drinking of alcohol rather than its creation. Explanations of terms and beer categories mentioned in the interview appear on screen to initiate viewers who aren't familiar with the differences of a German-style Dubbel and an American-style India Pale Ale.

The series is also accompanied by some neat functionality on The Beer Diaries website: Each brewery that the film crew tours is shot with a 3D camera, which allow visitors to go on interactive brewery tours in a Google Maps-esque fashion. 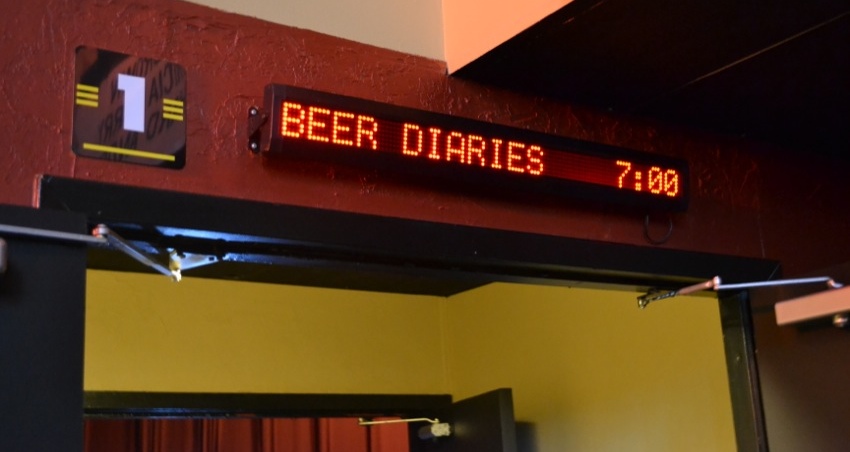 Based on the first few episodes which debuted at the Drafthouse, The Beer Diaries seems to be less No Reservations, and more Inside the Actors Studio; not that this is necessarily a bad thing. As a consumer of beer who has no idea how it's made, I found the in-depth interviews fascinating; particularly since they all focused on the beer brewing scene of the town in which I live. Your mileage may vary, though the show's impending expansion beyond Hill Country will probably open it up to the interest of a wider audience.

For Zeschuk — who commented on his waning passion for games in a recent Polygon interview — it's just nice to be doing something he loves once again.

"I have a ton of passion for The Beer Diaries," Zeschuk said. "It's just so exciting to create in this way, and work with a small team and get really direct responses from people. It's daunting to look into the future and see how much there is to do and how much I need to learn, but that's all part of the journey.

"It's sort of daunting, but it's sort of exciting. Honestly, I go back to, 'What would I do otherwise?' To me, having a regular job is kind of like giving up. I always joke with people that I'm not employable. I've always got to be doing something interesting, or unusual and pushing some strange envelope somewhere. I get a lot of energy just from the opportunity to do these unusual things."

You can watch the first episode of The Beer Diaries below. If you live in Austin, you can also attend the debut of the next three episodes of the series at the Drafthouse on Feb. 11, tickets for which are available now.