Like its century-hopping storyline, Sly Cooper: Thieves in Time concerns itself with time travel, but the game settles for a less ambitious journey to the past — the PlayStation 2 era, to be exact.

Since original Sly Cooper developer Sucker Punch has moved onto the grittier superhero-themed Infamous games, Sanzaru Games is in charge of the thieving raccoon's latest adventure. This team previously worked on the Sly Cooper HD collection, and it's obvious that they've done their homework on the series. Thieves in Time is a perfect emulation of the look and feel of the PS2 trilogy.

That devotion to the past also holds Sly back. Thieves in Time rarely feels like it's doing anything notably different or improved from 2005's Sly 3. Thieves in Time's faithfulness to the feel of the old Sly games reveals how much expectations have changed in a mere eight years.

They've traded globe-trotting for time travel, but the game's structure remains the same

As of the end of Sly 3, the titular raccoon had given up on a life a burglary. He's pulled back in at the start of Thieves in Time when pages begin erasing themselves from the Thievus Raccoonus, his inherited book of stealth skills. Sly reconnects with his ex-partners-in-crime, Bentley — a crafty turtle — and Murray — a brawling hippo. Determining that someone is messing up the timestream, the trio embarks on a time-hopping escapade to save the Cooper family line. 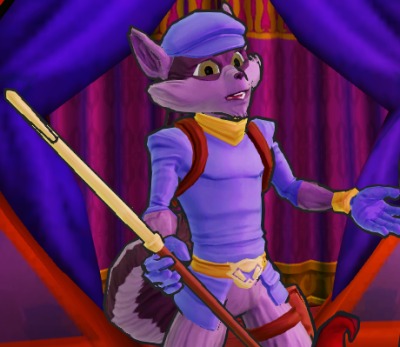 The team may have traded globe-trotting for time travel, but the game's structure remains the same: In each era, Sly and crew explore a large, open overworld area that feeds into smaller, more linear levels. Each level contains clues to the criminal causing havoc in the era, with every action building toward a giant final heist before the team jumps to a new century.

If there's one thing that Thieves in Time does undeniably well, it's variety. Levels change from beat-em-up excursions as Murray to platforming-centric challenges as Sly to hacking and sniping puzzles as Bentley. Each era also features a playable Cooper ancestor, adding even more to the game's overabundance of activities. It's very rare that you'll repeat the same type of level twice in a row.

That variety doesn't always work in the game's favor. Thieves in Time is strangely obsessed with mini-games. At various points, the regular gameplay will be replaced with a dual-stick shooter, a side-scrolling shoot-em-up, a rhythm game, and — worst of all — several challenges that rely on finicky Sixaxis/Vita tilt mechanics. These half-baked ideas provide a fine if forgettable distraction from the core gameplay the first time they pop up, but as they reoccur in increasingly difficult incarnations, they become game-stopping annoyances. 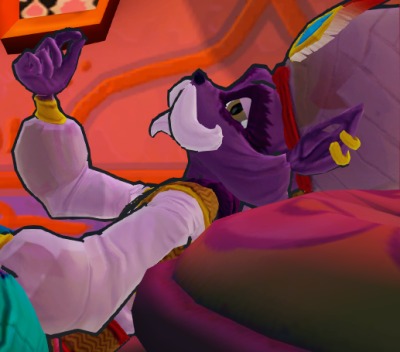 That repetition extends beyond the mini-games too. Most platformers follow the rule of three — three hits to defeat a boss, three escalating challenges of the same skills, etc. But for every situation where three would be satisfying, Thieves in Time has four, five or six. Every boss fight goes on just a little too long; each era has one or two missions too many; and indeed the game itself feels too long with not enough interesting gameplay to back it up.

Don't let the exhaustion overtake you early, though. Thieves in Time is back-loaded with the best and most challenging levels saved for the end. The last couple hub worlds discard most of the mini-games from the previous two-thirds of the game and focus on the tricky, stylish mix of stealth and platforming that Sly Cooper is known for.

Even in the earlier eras, the chapter-ending missions are on par with the complex, Ocean's Eleven-style heists of the Sucker Punch-developed Sly games. It takes Sanzaru too long to hone in on what makes the series special in the first place, but these levels are Sly Cooper at its best: rapid swapping between partners in crime, working through lengthy levels full of danger and watching your plan to outsmart the villain come together. 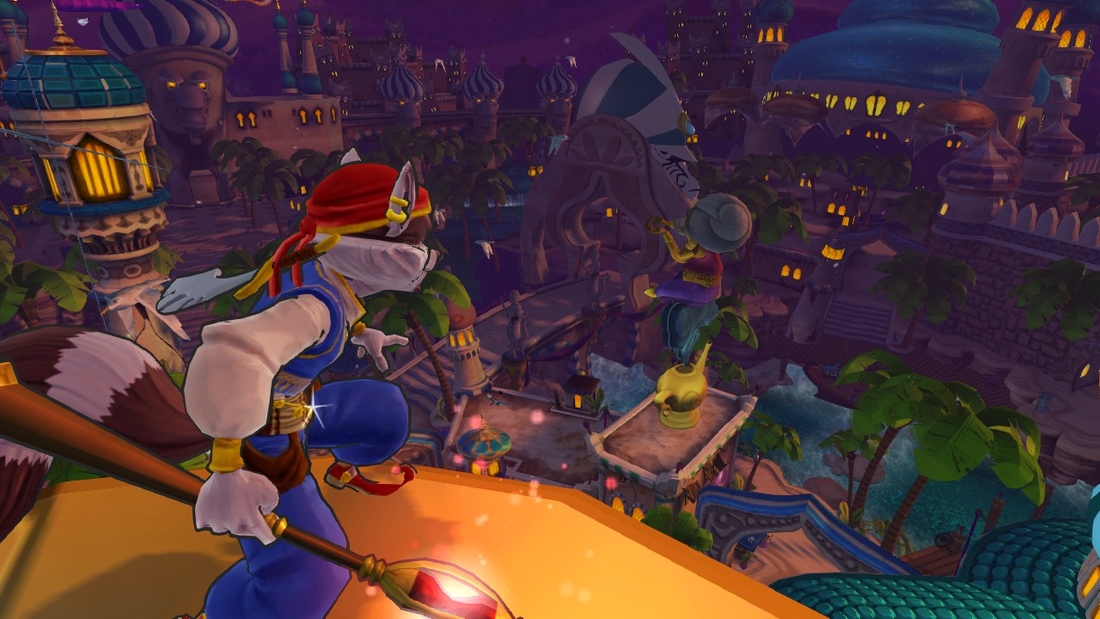 Sly on the run

As the latest game to benefit from Sony's "Cross-Buy" promotion, anyone who purchases the PlayStation 3 version of Sly Cooper: Thieves in Time will receive the Vita version at no additional cost. This nice bonus is made even better thanks to the cross-save feature, which allows you to upload a save to the cloud on one platform and download it on the other. Want to continue your PS3 save's progress on the bus? Not a problem!

That said, given the choice, Thieves in Time is a much stronger experience on console than handheld. Both platforms suffer from long load times, but environments look noticeably worse in the Vita version. The big, open areas are prone to pop-in, which makes finding collectibles and avoiding being spotted by guards all the more difficult. And several buttons have been changed to less responsive touchscreen abilities that clutter up the small screen. That the game has been so faithfully ported to Vita is impressive, but this isn't the ideal way to play.

The villains themselves are a huge disappointment. They're not much fun to fight and survive too many hits from Cooper's cane, but they're also borderline offensive stereotypes. I don't need a ton of depth from the villains for a cartoon raccoon, but there's something uncomfortable about a rogues gallery consisting of a rapping thug obsessed with graffiti, an overweight classical music enthusiast, and a French super villain whose main character trait is that he smells bad.

These questionable characters aside, the art design in Thieves in Time serves the game well. Whether you're in ancient Japan or medieval England, each area has lots of little unique details to set it apart, and the characters exhibit some wonderful personality-building animations. These small touches make the rough patches stand out even more. Sanzaru has captured the disgust in Murray's eyes as he stares down a piece of broccoli during his idle animation, yet they haven't properly animated Sly's mouth during some close-up dialogue scenes.

Little things like that really add up throughout Sly Cooper: Thieves in Time. The bad pacing in level design, the overwhelming mix of things to do without any sense of how to piece them together into a strong experience, the production values that veer back and forth between fantastic and non-existent â it feels like, well, a PlayStation 2 game. Sly's in exactly the same spot he was nearly a decade ago, while other games and franchises have spent that time improving AI and level design. The rest of the industry has moved on, and now so have I.