"You find time to be involved in things that you love and care about" J.J. Abrams

Share All sharing options for: J.J. Abrams drops clues about his completely new game with Valve

Sitting down with Polygon shortly after the on-stage conversation he had with Valve president Gabe Newell, Abrams said that the game he's in talks with Valve about making will be a completely new entity, with no links to existing Valve properties like Half-Life, Portal or Team Fortress or existing Bad Robot properties.

"We are at early enough stages that I can't talk about it now, but I can't wait to talk about it," Abrams told Polygon. "The opportunity to work with Valve is something I couldn't be more excited about."

While Abrams declined to talk specifics about the forthcoming game, saying that he was in "talks with Valve" about making it, we discussed some of the ideas that spurred his interest in this game, his obsession with Valve and his desire to create something that "uses the limits of gaming in a perfect way."

Earlier in the day, Abrams and Newell sat in front of a room full of some of the best-known developers in the world to have a conversation about the pitfalls and successes of storytelling, both in film and video games.

The back and forth between the two, peppered with examples from film and video games shown on twin screens behind the stage, ended with Newell saying that what everyone had just witnessed was essentially a recreation of the conversations he and Abrams have been having for years. It was those years-long conversations that finally convinced the two to make something together, Abrams told Polygon.

"The conversation — and it's certainly not unique to us — about what story is in movies, what story is in gaming, the mechanics of story, what makes the experience of a game sometimes more satisfying than a film and vice versa, these are just sort of discussions we've had for years," he said. "We've had so many meetings and finally got to a point where we said, 'We need to start making stuff.'

"And so the ideas that we've had for games, the ideas they've had for turning Portal and Half-Life into a film, we just decided we actually have to start doing this stuff."

Abrams says he doesn't recall the "first volley" that launched that long conversation between the two, but said he knows it was driven by what he described as an "absolute obsession about what [Valve] did, how they did it, what their kind of culture felt like."

"Going up to their offices in Seattle to kind of check out the way they work, it had just a kind of familiarity to me," he said. "It felt very much like the way [Abrams' production company] Bad Robot operates. So there was immediately a kind of connection between the two companies."

Those early meetings led to conversations. Those conversations led to Valve creating a Super 8 interactive trailer in 2011 that showed up as an extra inside Portal 2.

Abrams described the project as "dipping our toes into the water of" game design.

While Bad Robot Interactive has been playing around with games for awhile now, making a couple of smartphone apps and Star Trek D-A-C, Abrams said that the Super 8 project was a great way to further explore that medium while working with a company like Valve.

"The fun thing for us, is again being able to work with such inspiring creators as Valve," he said. "There are other things we're discussing as well in the gaming space."

The key thing that Abrams wants to impart is that he's not coming to the gaming space to teach; he's coming to learn. 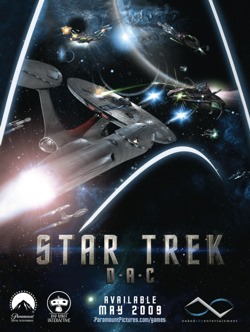 He said the differences between a movie, which he described as a focused two-hour ride, and a video game is that you have more time to explore the peripheral of the main narrative. Games, he said, allow a creator to take a player through circuitous detours into a supporting character's life. Movies, and their relatively condensed experience, never give people a chance to know a fraction of the characters in a film.

"I think games provide you, the player, with the ability to, in a sense, to go anywhere and do anything," he said. "So it's much more aligned with a novel or a TV show because the space is so much larger. What you glean is not going to be defined by a two-hour experience."

Bad Robot, Abrams said, hopes to bring a sense of world building, of character creation and an emotional connection to an experience to gaming.

"My point is, we're not looking to impose our process or our way of thinking or how we do what we do on anything. We're looking to get involved in the creation of something that is a genre we love and we play ourselves and is not what we do; but that's the fun of the challenge of it. We're looking to learn as much as we can about how to make great games and to use our strengths to do that."

It was clear from our interview with Abrams that while he and Valve are in talks about the game, he had very little he wanted to say specifically about what sort of game it will be.

Instead, Abrams talked ideas, his creative process, how he takes a single spark of imagination and traces it until it becomes something much more.

"I think like with anyone, we have ideas with different sizes and forms," he said. "One idea might be a character, and you think that character might be so bad-ass and fun to watch and to play. Another idea might be a mood; you have no idea what it's connected to. There might be an idea that's a scene or a sequence or an ending."

The originating idea for his game, he said, was about a "kind of experience that could be fun and sort of taking elements of things that I know and want to play and combining them into something I hadn't seen before."

"It was less about a specific thing," he said.

And that idea, like all of his ideas that go on to form creations, snowballed, building onto itself until it was hard to identify just what you started with.

Some of his interest in the medium of gaming, Abrams said, is the excitement he feels in its ever-growing potential.

"Like with movies, anything is possible. The question becomes, 'What do you do with the ability to do anything?'" he said. "The answer to that is you want to do something that gives you the chills, that gets you excited about doing it yourself, about playing the game."

That's the sort of thing he's talking about with Valve.

"It feels like a game that uses the limits of gaming in a perfect way and hopefully will let us expand on those limits," he said. "It doesn't feel like it's not really a game that we're going to make into a game. It feels like it should be a game.

"This is a game I want to play, and of course there are a million questions to still be answered."

With Star Trek Into Darkness due for release in a few months, and a freshly minted deal to helm the next Star Wars movie — something he declined to talk about in our interview — Abrams is a busy guy.

How, we asked him, will he find time to work on this game? How involved will he be?

"You find time to be involved in things that you love and care about," he said. "Obviously I'm a busy guy with the movies and the shows we're doing. Luckily, whether it's on the features side or the TV side or the gaming side, we've got amazing people at Bad Robot who are all working together. My involvement as a producer, for example, can be anything from: I have an idea. I write the script. I direct it, to: someone else has an idea and we help put together the great team to help develop it and work on it. To some version in between.

"Having never done this before I can't tell you what the experience will be compared to other ones. But I can say that this is an idea I had and it will evolve and improve because of people like Dave Baronoff who runs Bad Robot Interactive, which are partners in this game we're talking about with Valve. I'm looking forward to being as involved as they want me to be, as they need me to be."

Abrams added that he's aware of what he describes as the cautionary tales of other filmmakers who get involved in games and "things go awry."

While Abrams' day-to-day involvement in the blossoming project sounds yet to be determined, the framework upon which he wants this game built seems solid.

"We're not looking to make a movie in the gaming world," he said. "We're not looking to impose what we do on that. We're looking forward to taking some of our strengths and collaborating with some of these incredible minds that make some of my favorite games. Just as I think they're looking forward to taking some of there stories and the universe for some of their games and applying it to movies. I think they need to both be approached very differently."