Aliens: Colonial Marines may be getting an add-on multiplayer horde mode on March 19, according to an alleged photo of an advertisement taken at retailer chain Walmart.

The photo below, posted to developer Gearbox Software's official forums, details a Bug Hunt DLC pack containing an additional multiplayer mode set to release one month after the launch of Colonial Marines.

The pack will let players "team up with your friends to take on waves of increasingly difficult enemies in an all new game mode" and will cost $14.99.

Recently a listing on video game retailer GameStop's website revealed details on a $26.99 Season Pass for the Windows PC version of Aliens: Colonial Marines, as well as the existence of four planned downloadable content packs. According to the listing, the content will include "campaign content, additional multiplayer maps, new modes, character customization and more" and be released in stages through summer 2013.

When contacted for more information, a representative for Sega declined comment.

Aliens: Colonial Marines will be released on February 12 for PlayStation 3, Xbox 360, Windows PC, with a Wii U coming at a later date. 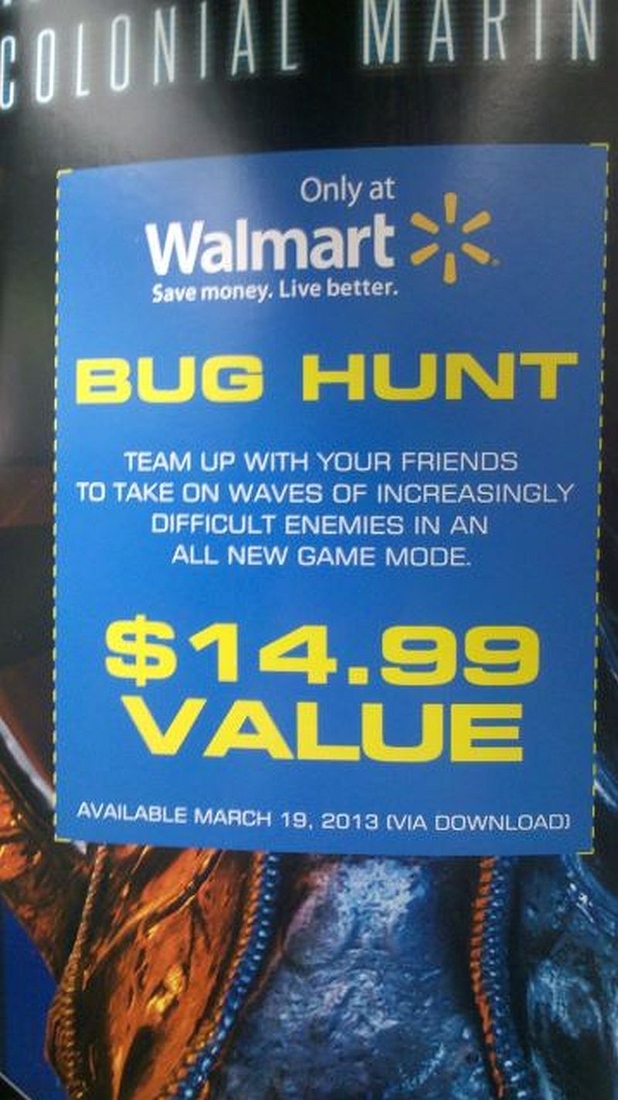