The first game for Epic's Unreal Engine 4 game engine might be a procedurally generated horror game designed to feel more like a sort of interactive haunted house than a traditional video game.

In Daylight, players will take on the role of a woman who wakes up in the middle of the night to find herself in the heart of an abandoned insane asylum with no memory of how she got there. The asylum writhes with the terrible past experiences that took place there over the centuries and the spirits of those mistreated within its walls.

There are no weapons. No way to fight back. In this game, the only way you can survive is by running.

The game's story was inspired by a mashup of writer Jessica Chobot's youth spent urban spelunking and a healthy dose of urban legend, conspiracy theory and ghost stories.

Chobot, who also hosts several shows on IGN, is part of a team of six at Zombie Studios working on the game, said studio head Jared Gerritzen.

Gerritzen, who worked on two of the F.E.A.R. games and Condemned: Criminal Origins, says that the self-funded game bubbled up out of his time spent playing around with the Unreal Engine 4. He said he knew he could create a game that would procedurally generate maze-like settings and felt that a horror title would be the best way to explore that tech.

"The whole mandate of the game has been major replayability," he said.

The team hopes players will play and replay the game, sort of like how someone might explore a real world haunted house over and over again. The story, he said, will be delivered in snippets that can only be found through repeated exploration and play-throughs.

"We used a lot of true history and elements of truth to make it really scary," he said. "We don't want to tell the player who the character is, we want them to learn and speculate."

While the game, which is expected to release this year on Steam for under $20, won't have any traditional weapons, that doesn't mean players won't have any tools at their disposal to deal with the horrors they discover in their wanderings. 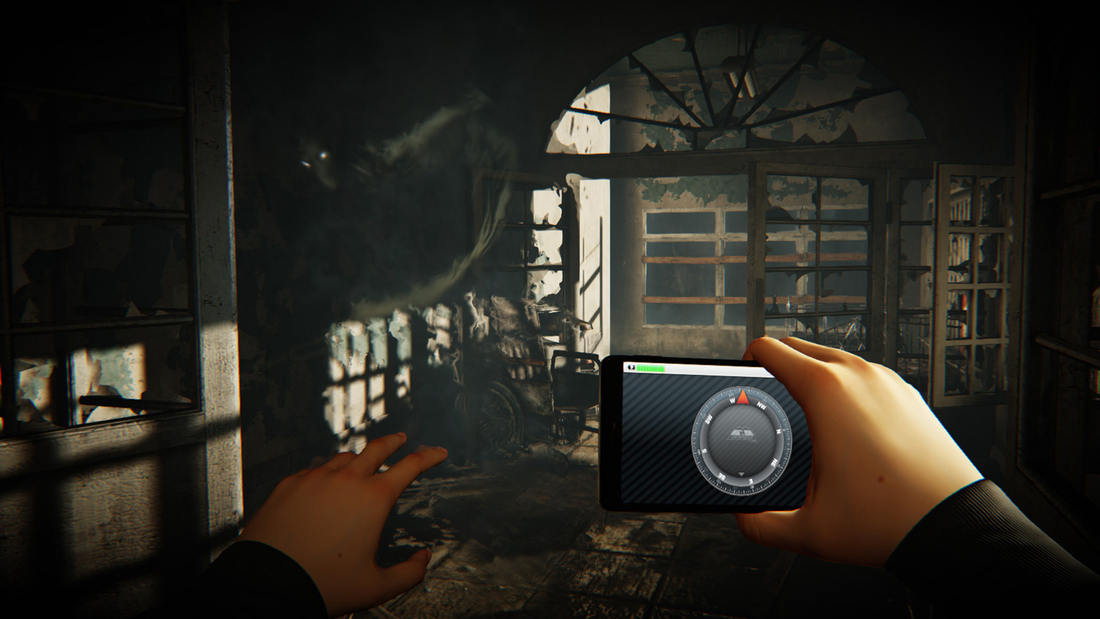 The game will also have flares that can be used to scare off ghosts, but Gerritzen says that while the flare scares the ghosts away the lighting effects, powered by Unreal Engine 4, also add a level of fear to the game when you use them.

"The flare is very violent, throwing shadows all over the room," he said. "It wards off ghosts but it's also very scary."

Chobot says that they hope that one of the things that draws players to the game is the inherent conflict built into the game between what the character wants and what the player wants out of the experience.

The game, which will be a relative short experience, will thrive only if players enjoy roaming the randomized halls again and again.

Gerritzen said the team is also planning on releasing future chapters for the game. The chapters, he said, will add layers of complexity to the exploration and what you find.

The key to balancing the experience is to make sure it delivers an experience with big scares, lulls and a constant undertone of tension.

"This isn't my first horror game," Gerritzen said. "We've been trying to dial it in to allow it to be tense."