Square Enix has revealed an upcoming title called Murdered: Soul Suspect via a teaser site which features an image of a chalk illustration on a puddle-covered road and a subtitle which reads, "What is the hardest case to solve?"

A Square Enix representative confirmed to Polygon that the teaser site is for an upcoming title which would launch on current-gen platforms.

"Murdered: Soul Suspect is an exciting new game from Square Enix which challenges players to solve possibly the hardest case of all," the statement reads. The representative also confirmed that the title would launch on PS3, 360 and PC.

The website was revealed in an email sent by Square Enix, which included torn pieces of an image depicting the same chalk drawing seen above, only carved into a tree trunk. By accessing a page hidden on that site labeled "Evidence," and using the email sender's name (Ronan) as a login, visitors are able to download the image seen below; an image with some interesting metadata, as dug up by NeoGAF.

First, the image was taken Feb. 25, 2014, and appears to be set somewhere in Southern Nevada — the 725 area code seen in the image will be registered for that region next summer. The victim in the picture has the last name O'Connor, which, according to a perplexing comment in the metadata, may be the detective assigned to the case.

"Detectives aren't supposed to get bloody knuckles, but I've done a lot of things I wasn't supposed to do," the image's comment reads. "I lived through it all, the beat-downs, the back-stabbing, disrespect most people wouldn't see in ten lifetimes and I never lost a fight... until now."

We inquired whether the title was the new IP that's been in development at Crystal Dynamics under the direction of God of War director Cory Barlog, though the Square Enix representative responded, "We cannot confirm the developer at this time. More info to come!" 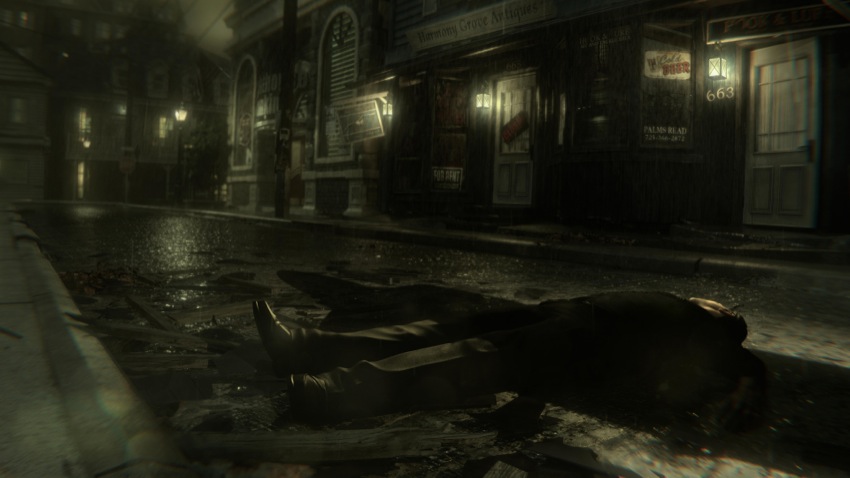