A walking nightmare: Back to Bed

Share All sharing options for: A walking nightmare: Back to Bed

Bob has narcolepsy, and if you're not careful, he will die.

A group of students from the Danish National Academy of Digital Interactive Entertainment are bringing their perilous puzzle game Back to Bed to the 2013 Independent Games Festival. One of eight finalists entries in the competition's Student category, Back to Bed centers on a man with terribly inconvenient narcolepsy wandering an equally inconvenient, dreamlike landscape.

"The initial idea was just to create a game around sleepwalking, and see how we could make a video game [about it] that would be fun," project manager Klaus Pedersen told Polygon. "We took that premise and came out with this."

Pedersen said the development team did extensive research on how people visualize their dreams and settled on a surrealist approach to the in-game architecture and designs. The team decided to add a player-controlled creature that would guard the sleepwalker, removing obstacles and steering around traps.

In the title's playable demo, players are introduced to sleepwalker Bob and his guardian creature, Subob. The design team drew inspiration from lore about spirit guides when designing the scrambling little creature.

"The creature is a kind of a power animal," said Pedersen. "In some spiritual Indian and Eskimo traditions, there is an animal that would watch over [people] and protect them. He is also a sort of manifestation of Bob's subconsciousness, which is why we called him Subob." 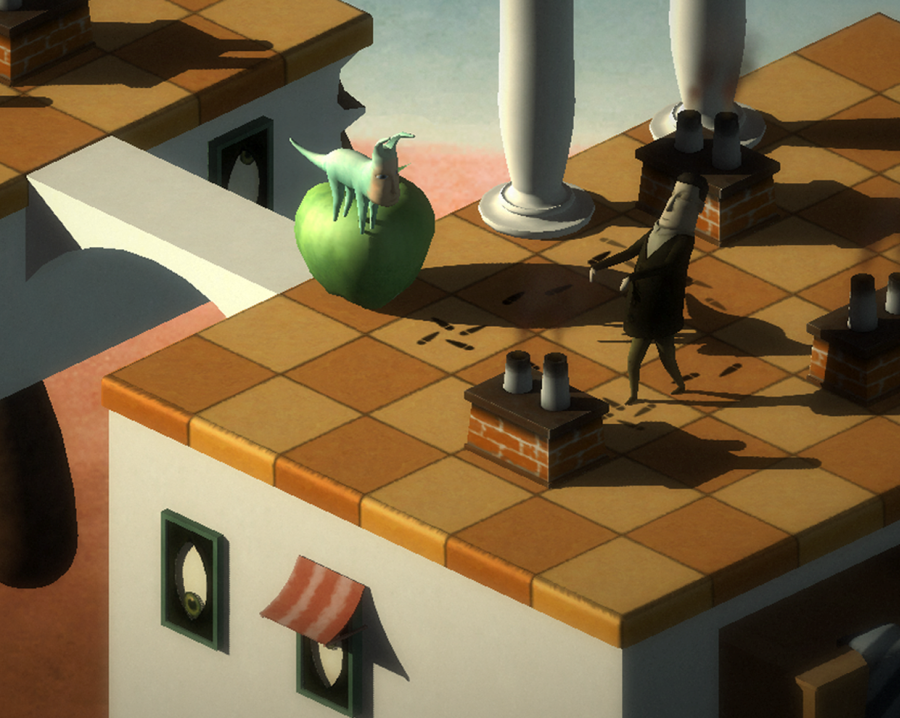 Bob will do two things: walk in a straight line and turn clockwise. Subob must move objects like large apples and fish out of Bob's path, allowing him to move freely. Should Bob run into an object, he will turn to his right and continue in a straight line until he bumps into something else or falls off the edge of the platform. Similarly there are some traps hidden in the floor, such as a hungry mouth with sharp teeth, waiting for Bob to pass over them. Players must navigate these tricky landscapes to guide Bob to a bed, where his wandering ends and he will sleep safely. Should they fail, it's game over.

Back to Bed's environment is a smattering of checkered floors, melting landscapes and colorful matte palettes reminiscent of 1920s surrealism. Pedersen cites artists including Salvador Dali and MC Escher, as well as indie games "where you get that really safe feeling" like Bastion, as points of inspiration for the title's design.

"If you really want to make a puzzle game, you have to base it on strict logic in order for people to be able to solve it," Pedersen said, explaining the reasoning behind Back to Bed's twisted puzzles. "We have this surreal and unreal and unlogical kind of art style where things can happen that don't in reality, and it can be kind of difficult to design puzzles around it. But that's one of the things that makes the game really exciting.

"We're trying to shift the pacing a lot through the game so some levels you have to be very quick and fast and some you can slow down and kind of smell the flowers while you finish the puzzle," he said. 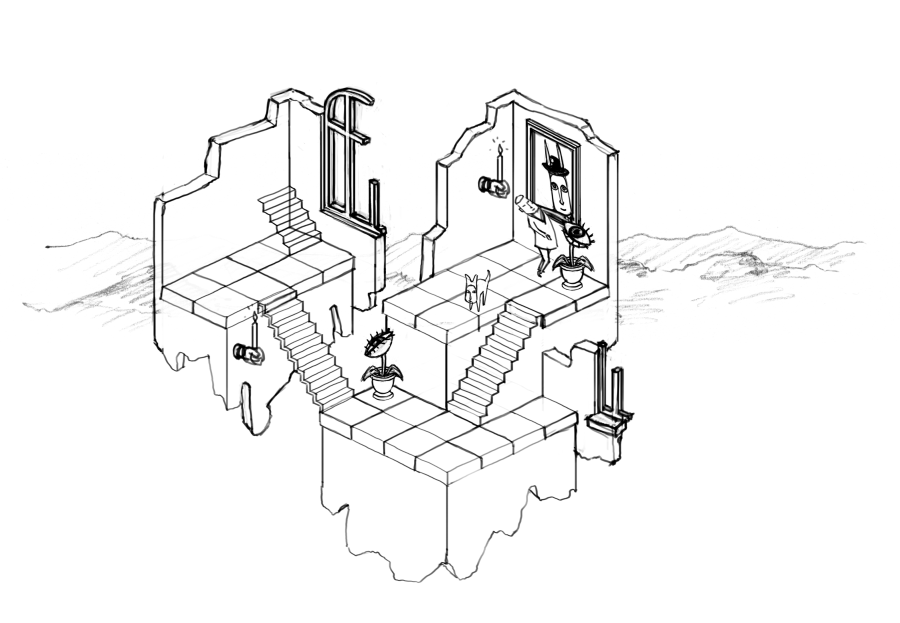 Members of Back to Bed's original development team have since branched off to create two studios with additional staff, Bedtime Gaming and Rusty Dice Digital Games, that are working in tandem towards the game's publication. The studios launched a Kickstarter campaign for the title earlier this month, and are seeking funding for iOS, PC and Mac versions as well as possible ports to other platforms including Ouya, Android, and Linux. Pedersen said the group wants to publish through Steam, but getting the game on tablets is its top priority.

"The tablet format is our main focus, because that's where the game really excels," he explained. "This is the kind of game that you really could enjoy on a tablet because the [touchscreen controls] just suit Back to Bed very well, and we think it is better in the tablet format. As for iOS, the iPad is the biggest market for tablets, and the easiest one to develop for because it has unified specs."

While Bedtime and Rusty Dice aren't ready to talk about possible stretch goals for the Kickstarter, they do plan to bring a new Back to Bed build to the 2013 Game Developers Conference, which will include a new environment and more streamlined levels. Pedersen said the team has also adjusted the game's steep learning curve and added more perils to higher-level puzzles. Post-launch plans for the title include a new hard mode that will ramp up the difficulty.