Nintendo tests the waters for new cartoon series based on Pikmin

Share All sharing options for: Nintendo tests the waters for new cartoon series based on Pikmin

Nintendo may be getting into the cartoon business.

The company behind the Wii U, 3DS and countless colorful gaming creations has been secretly toying around with the idea of creating and releasing a series of original animated shorts based on one of their relatively new video game franchises. The shorts, designed to be viewed on the company's 3DS, would either be given away or possibly sold through Nintendo's online store.

Nintendo's senior managing director and prolific game designer Shigeru Miyamoto is personally overseeing the creation of the cartoons, which are based on the Pikmin series he first created for the GameCube in 2001.

"They'll be released sometime before the release of Pikmin 3" due out this year, Miyamoto told Polygon in a recent interview in New York City. "Possibly as a Nintendo video. If they're popular we could consider selling them."

Miyamoto showed off one of the cartoons, which he directed, after a nearly hour-long meeting with Polygon had wrapped up. As I was leaving, a Nintendo employee beckoned me back into a meeting room and an awaiting Miyamoto.

"Mr. Miyamoto wants to show you something," he said. 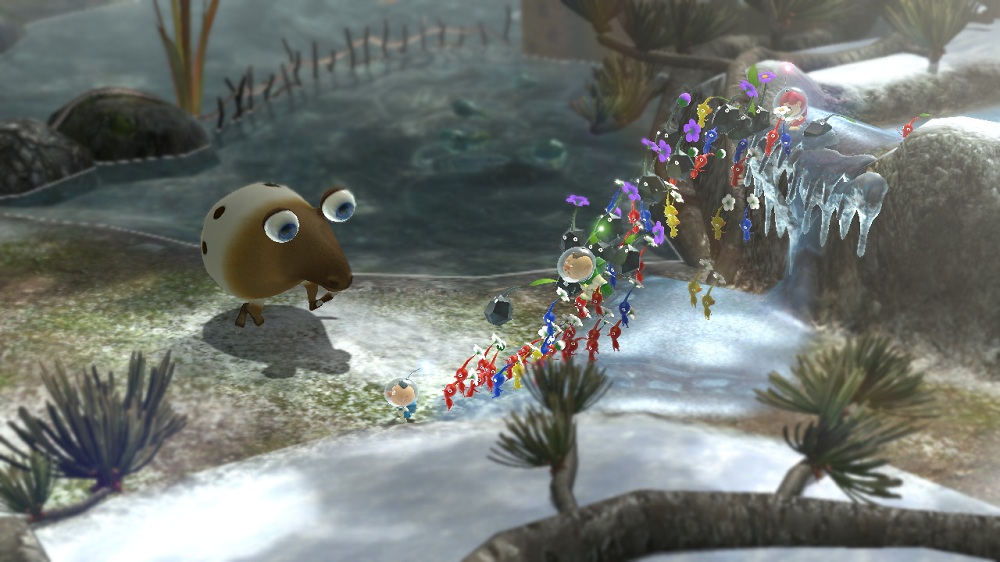 The game designer placed 3DS XL on the table in the room and started a video.

This first video was created by Miyamoto with the help of an external animation studio. The game developer said he used the Flipnote Studio flipbook creation tool to mock-up samples and then discussed the project with the director of the short, working with the animation studio to complete the video.

"We were working on several Pikmin CG animated videos and wanted more people to be able to see them," he said. "I had gone to a movie theater and saw the videos telling people to turn off their cell phones and thought we could create a Pikmin version of that, but instead decided to do the 3D glasses video."

Nintendo then worked with Japanese movie theater chain Toho Cinemas to get the video placed in about 60 theaters on 150 screens around Japan.

The 3D theater video was a sort of test to see how people would react to the animated short and if there was an appetite for that sort of thing coming from Nintendo.

The videos sound a bit like a pet project of Miyamoto's. He told me he started thinking about the idea of creating them when trying to figure out how he could "give more life to the Pikmin characters."

" I didn't want to license our characters out to someone else to create films," he said. "Instead, since I used to draw four-panel comics when I was younger, I thought it would be fun to bring a four-panel comic approach to creating video content, so we started work on these Pikmin videos.

"We didn't have a good opportunity to announce that we were doing this, so while we were working on the movies we also created the Pikmin video that opened our E3 presentation last year."

The first true short, though, hasn't yet been shown publicly, but Miyamoto gave me a preview of it during out meeting.

In it, the game's main character, Captain Olimar, is caught blending up what appears to be a red, vivisected pikmin, and then drinking it. When Olimar sees the characters, he begins walking toward them with a knife. They back away until they bump into a massive pile of what Olimar was actually cutting up and blending, a massive pile of carrots.

"When Olimar first discovered the Pikmin he named them based on the PikPik brand carrots in his home world, so he clearly loves carrots," Miyamoto said. "I thought it would be fun to have a scenario where it seems like he is going to eat the Pikmin. So it's kind of dark, but he doesn't eat them."

This budding interest in creating original video content in-house for Nintendo's 3DS comes at a time when competitors Microsoft and Sony both continue their expansion into non-gaming programming on their existing platforms and, most likely, their future consoles.

Last month Sony unveiled the PlayStation 4, announcing that the console would support a bevy of non-gaming apps including Netflix, Amazon, Facebook, Sony's Music Unlimited, Crackle and Hulu Plus. It's heavily rumored that the next Xbox will include support for cable, and Microsoft continues to expand its non-gaming offerings on the Xbox 360. Just last week, the company released its first exclusive movie on the console: Pulp.

But when I asked Miyamoto if this test run of animated shorts could be an effort to make the 3DS not just a gaming system but more of an entertainment platform, he said the company hasn't thought of it in those terms yet. 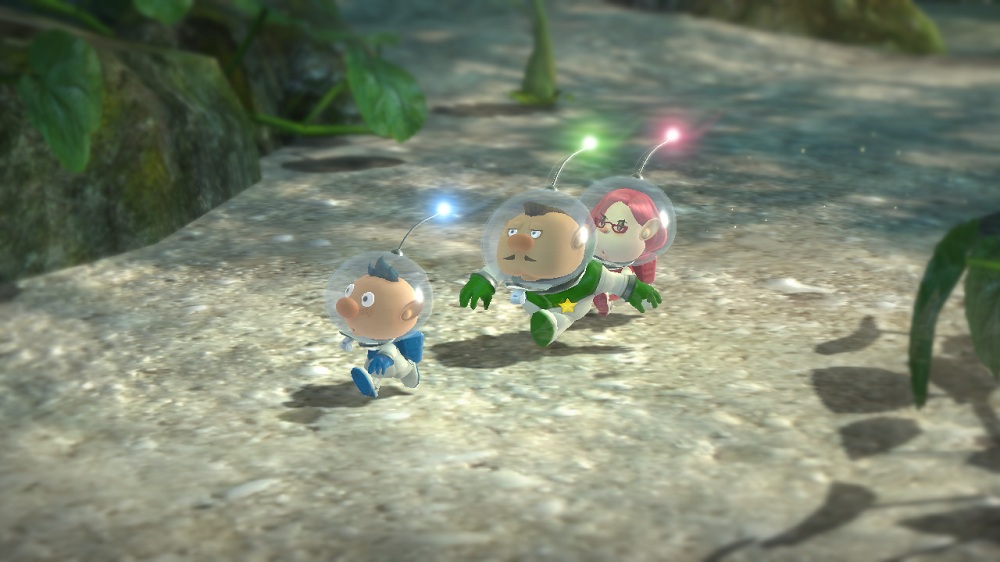 He said the company also hasn't decided if they'll expand their foray into cartoons by creating series for other Nintendo characters. And don't worry, Miyamoto added, this doesn't mean he's going to stop making games.

"That absolutely won't happen," he said. "It's just a fun side project with Pikmin."