Pro-gaming in US and Europe 'well on its way' to being as big as South Korea market, says MLG boss

MLG boss talks about the future of eSports

Share All sharing options for: Pro-gaming in US and Europe 'well on its way' to being as big as South Korea market, says MLG boss

Professional gaming and eSports in North America and Europe is "well on its way" to becoming as big as it is in markets like South Korea, according to Major League Gaming co-founder Sundance DiGiovanni.

Speaking with Polygon, DiGiovanni said that the growth and engagement pattern MLG has seen indicates that eSports and competitive gaming are both on the rise, and if leagues like MLG can provide the structure and opportunity for the next generation of gamers and fans to get involved, eSports in the West could reach unprecedented heights.

"I think that global competitive gaming and eSports is going to continue to grow," DiGiovanni said. "I think that you will see the same level of engagement and fandom that exists within markets like South Korea here in North America and Europe, and I think it's going to happen faster than a lot of people expect."

"I think it's going to happen faster than a lot of people expect."

DiGiovanni co-founded Major League Gaming — a professional eSports organization — in 2002 with Mike Sepso. At the time, eSports was still in its nascent stage and there were few organized leagues and tournaments for pro-gamers. DiGiovanni says that he and Sepso saw an opportunity to fill a wide gap in the gaming community.

The two saw that there was a shift toward non-traditional stick and ball sports, with powerful broadcasters and marketers looking at ways to reach new audiences by supporting sports like NASCAR, motocross and BMX. They saw an opportunity. Consoles were becoming more ubiquitous, online connectivity was rapidly improving and more and more people were now playing games competitively. Both thought that if NASCAR — which is essentially driving in sport form — could gain such an enormous following, then there was so much potential for gaming.

"It was really an 'a-ha' moment where it was like, 'Hey, here's a thing that we love, that we do, and guess what? We're not alone! There are millions of people who share this as a past-time and a point of passion.'"

"Hey, here's a thing that we love, that we do, and guess what? We're not alone!"

DiGiovanni and Sepso launched MLG shortly after, growing their tournament league through word-of-mouth, convincing broadcasters to air several seasons of professional tournaments and presenting professional gaming as a sport. DiGiovanni says that in the "Dark Ages" of eSports, they recorded tournaments on cassette tapes and digitized them so they could be uploaded to the internet as postage stamp-sized videos. Ten years on, everything is digitized, tournaments are streamed directly to the internet and viewable in HD.

DiGiovanni says eSports in North America is now unrecognizable from what it once was. Millions of people tune into major tournaments, and prizes are valued in the hundreds of thousands of dollars. In MLG's upcoming Winter Championship, more than 1,000 competitors will compete for $170,000, and their matches will be broadcast live around the world. 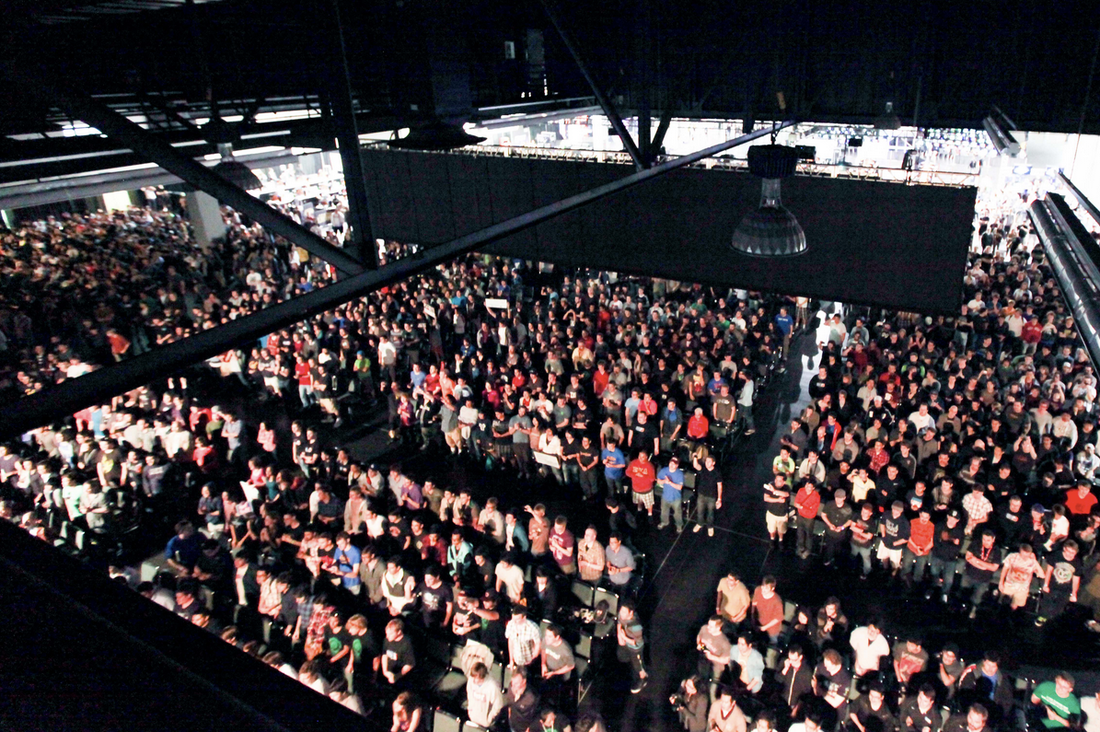 DiGiovanni believes that if eSports continues to receive support and major leagues like MLG offer structure and stability for professional tournaments and broadcasts, the next generation of gamers will view it as the norm and help it grow even further.

The Major League Gaming Winter Championship runs from March 15 to 17, with tournaments for Call of Duty: Black Ops 2, League of Legends and StarCraft 2: Heart of the Swarm. The championship will be held in Dallas, Texas. Spectator, VIP and HD online viewing passes are now on sale.