Star Trek, the video game adaptation of J.J. Abrams' movie reboot, introduces two new Vulcan characters to the Star Trek universe, who are pivotal to the plot and serve to show that Spock is capable of emotional connections.

"Video games are not only exciting to play, they've become a compelling medium for telling stories," Paramount senior vice president and executive producer Brian Miller said in a statement. "So with Star Trek, we had an amazing opportunity to introduce new characters that are integral to the plot of our game.

"Our game's story is canon to the new Star Trek universe, so we had a great responsibility to get these new characters right, and to make them exciting and meaningful to players."

One of the new characters is a Vulcan scientist called T'Mar, who is the the captain of a troubled space station that Spock and Captain Kirk visit. She is also a childhood friend of Spock and a love interest for Kirk, who finds "Her blend of incredible intelligence and unexpected beauty prove intriguing," according to Miller.

The trio visit a planet called New Vulcan colonized by Vulcans after their home planet was destroyed. There they encounter, Surok, who is T'Mar's father and Spock's old mentor.

"When we crafted this story we wanted to make sure the player realizes that the usually logical, Spock can have very emotional connections to the ones he cares about," said Miller. "Surok was one of Spock's childhood mentors and is also T'Mar's father. Together, they are helping to lead the colonization of New Vulcan."

The new characters are pivotal to the plot surrounding Kirk and Spock's endeavor to stop the villain Gorn and retrieve the potentially disastrous Helios Device from him.

"For players who want to simply enjoy the experience of playing as Kirk and Spock, Star Trek is going to be a great game experience," Miller says. "But for those eager to dig deeper into a robust story, we hope it's an adventure that will excite both longtime fans and game enthusiasts alike."

Polygon reported earlier this week that the video game adaption was created to focus on Kirk and Spock. The game was developed as a third person so players can see and feel the experiences of the two protagonists.

Star Trek will launch for PlayStation 3, Xbox 360 and Windows PC on April 23 in North America and April 26 in Europe, three weeks prior to the theatrical release of Star Trek: Into Darkness on May 17. 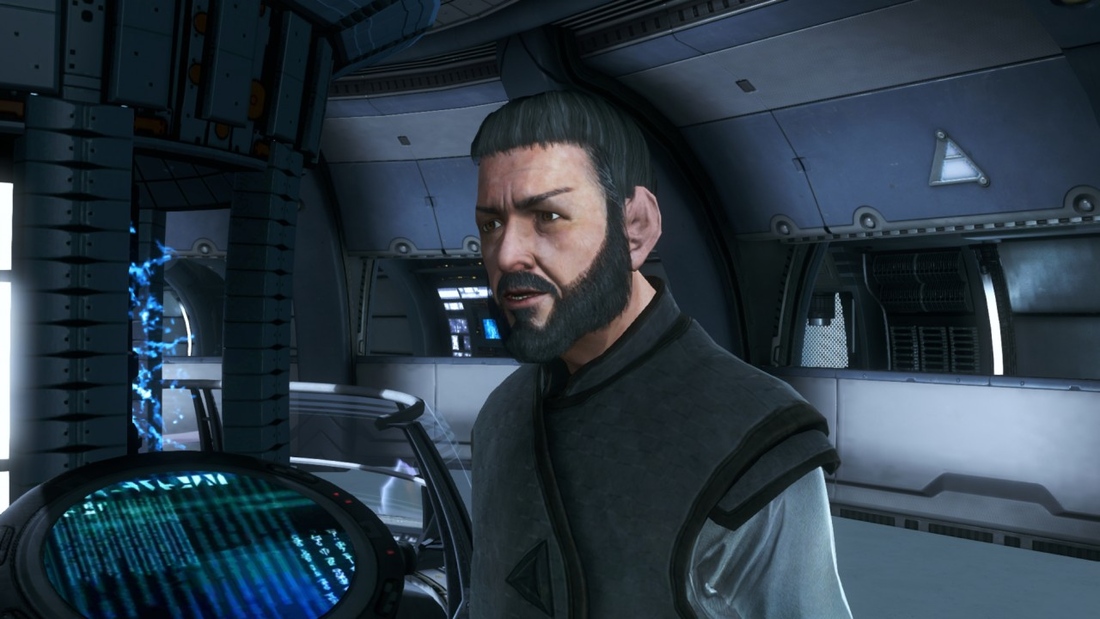