Castlevania: Lords of Shadow - Mirror of Fate is obsessed with legacy.

Ostensibly the second in MercurySteam's reboot of the Castlevania timeline — a side story taking place between 2010's Lords of Shadow and its upcoming sequel — Mirror of Fate is a bizarre amalgam of bits and pieces from throughout the series' history. But each of these pieces is a faint mirage of what made those individual games special.

Mirror of Fate drops hints in a number of promising directions — a splash of Symphony of the Night's emphasis on exploration, a touch of the creepy aesthetic of the 8-bit Castlevania games — but for all the classics it pays tribute to, Mirror of Fate never adds up to a great game itself.

Mirror of Fate picks up from a major plot twist at the end of 2010's Lords of Shadow: Demon-hunting protagonist Gabriel Belmont — one of the earliest members of the Belmont clan — has been turned into Dracula, the vampire destined to become the Belmonts' eternal enemy. In Mirror of Fate, multiple generations of Belmonts take up arms against their ancestor, including Simon, his father Trevor, and a mysterious third playable character. 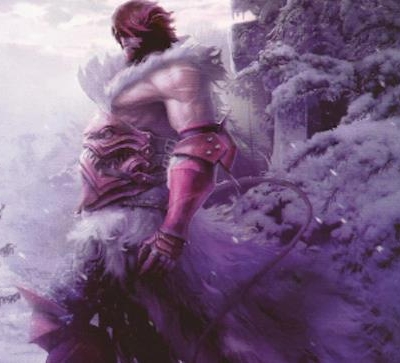 Though they have some minor differences, each of the characters share the same core gameplay: exploring Dracula's castle, fighting off his minions and solving small puzzles. Mirror of Fate mostly operates on a 2D plane, but there's some depth to the backgrounds, with enemies sometimes approaching or attacking from behind. This strange middle ground between 2D and 3D leaves the movement feeling loose, both in and out of combat. The platforming is rarely complex, but it's hard to get a consistent feel for the length of jumps; combat, on the other hand, can be very challenging and is only made more so by the game's frustrating dodge move.

The necessity of dodging is the perfect example of Mirror of Fate's weird middle ground between 2D and 3D. In a fully 3D character action game — like MercurySteam's previous Lords of Shadow release on 360 and PS3 — dodging is easier thanks to a wider range of available movement that also allows for more types of enemy attacks. Mirror of Fate is built with that mindset; attacks drain your health bar quickly, so you'll need to be dodging constantly to make any progress. But when you can only dodge in two directions, it's a lot easier to get cornered, especially given the ground many attacks can cover. The fights have a no-room-for-error intensity that left my hands cramped and my anger swelling far more often than it gave me any satisfaction. 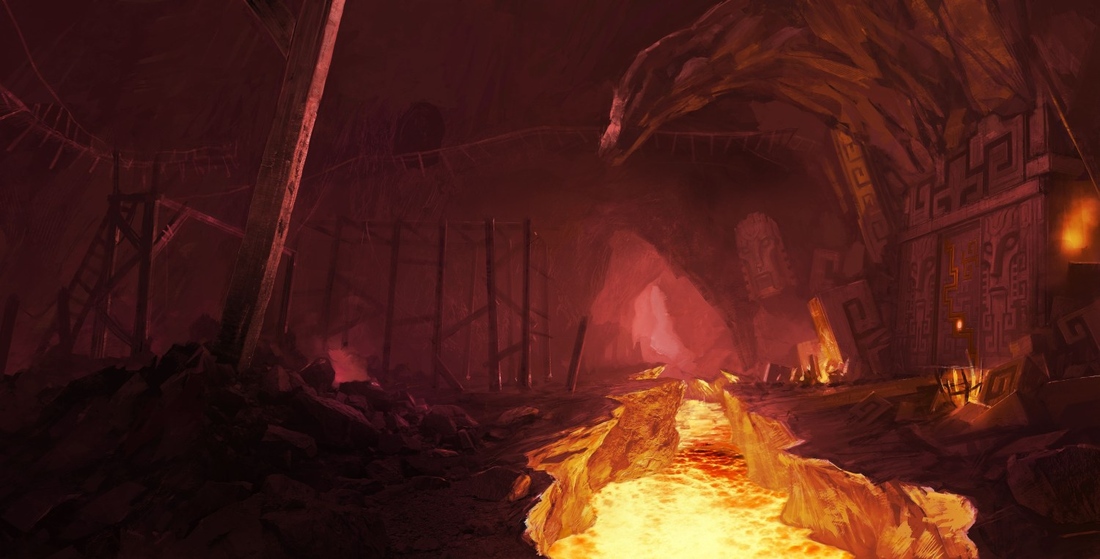 Bosses in particular are a chore. A single hit from a boss can take off a fourth of your life bar while each attack from your whip barely chips at their much more sizable pool of health. The boss encounters in Mirror of Fate are only passable courtesy of liberal checkpoints granted every time you manage to whittle down a third or so of their life — a concession to the frustrating expectations of their design. 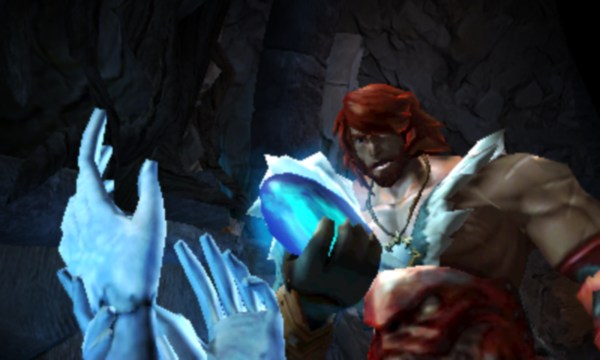 Even as Mirror of Fate annoyed me, the freshly personal conflict between Dracula and the Belmonts pushed me through the game's most difficult encounters to see how it played out. Lords of Shadow wasn't a great story, but it was entertaining, with more character development and surprises than Castlevania usually affords. But Mirror of Fate's few cutscenes don't come close to even that middling bar of storytelling. The plot never goes much deeper than its introductory revenge tale, instead building to a goofy, predictable "gotcha" moment at the end.

Mirror of Fate does a poor job of imitating previous Castlevania games, and this is no more evident than in its level design. As you explore each area, a map on the lower screen fills out, hinting at the secrets that might be waiting in unexplored squares. You'll frequently run into sections that are inaccessible until you get a new power-up, like the ability to transform into mist. I was instantly and powerfully reminded of the urge to return to every nook and cranny in Castlevania: Symphony of the Night.

That first impression is false, though. The deeper I got into Mirror of Fate, the less I felt any desire to backtrack. Most of the initially inaccessible areas lead to collectibles that grant experience points or a small health upgrade; there's no air of mystery over what new item could be waiting. The areas are also a lot smaller and less complex than they seem at first. I beat the game with 89 percent completion without going out of my way to explore. Mirror of Fate's semi-open map is a shallow attempt to fool players into thinking it's like another, better game. -P

The only real story hook is Mirror of Fate's three-act structure, each starring a different character. They may look unique, but their personality and controls are identical. Each protagonist is seeking revenge against Dracula, and they share experience points that unlock new moves for the combat cross whip.

The only distinction between characters is the bonus items they can use — a change which mainly leads to more frustration. Each act lasts around three or four hours — just long enough to get used to a character's loadout before it's suddenly swapped. The whip moveset stays the same, but the time I spent familiarizing myself with the arc of Simon's axe felt wasted when it was unceremoniously replaced by Trevor's boomerang. In fact, most of these items feel like poorly-thought-out nods to the series' lineage that once again miss the point of why they've worked so well in previous games.

There's something almost clever about how rigidly Mirror of Fate sticks to its name. It's a reflection: reversed repetition of the same tricks and plot twists employed to greater effect in 2010's Lords of Shadow; a muddied misunderstanding of the structure and design of Castlevanias past. Mirror of Fate fails to build an identity of its own, but more damningly it fails to create a believable likeness of its lineage.