A game of two moons: MirrorMoon

Share All sharing options for: A game of two moons: MirrorMoon

The creators of MirrorMoon want you to get lost. Lost and lonely and very curious.

MirrorMoon is a first-person adventure game heavily influenced by science-fiction, says the development team. Players will wander a near-empty world with very little guidance, similar to thatgamecompany's Journey, and figure out for themselves what makes the world tick.

Developer Santa Ragione, made up of designer Pietro Righi Riva and artist Nicolò Tedeschi, and Paolo Tajè of indie studio Bloody Monkey met at the 2011 Global Game Jam held in Verona, Italy. Riva and Tedeschi have been working together since 2010, their other works including board game Escape From The Aliens In Outer Space (which will also be on display at the Game Developers Conference in the "Doing It On The Table" exhibition) and first-person arcade runner Fotonica, which is currently on Steam Greenlight. Last year the pair developed Street Song, another wandering-focused game inspired by American artist Matthew Dear's song of the same name. 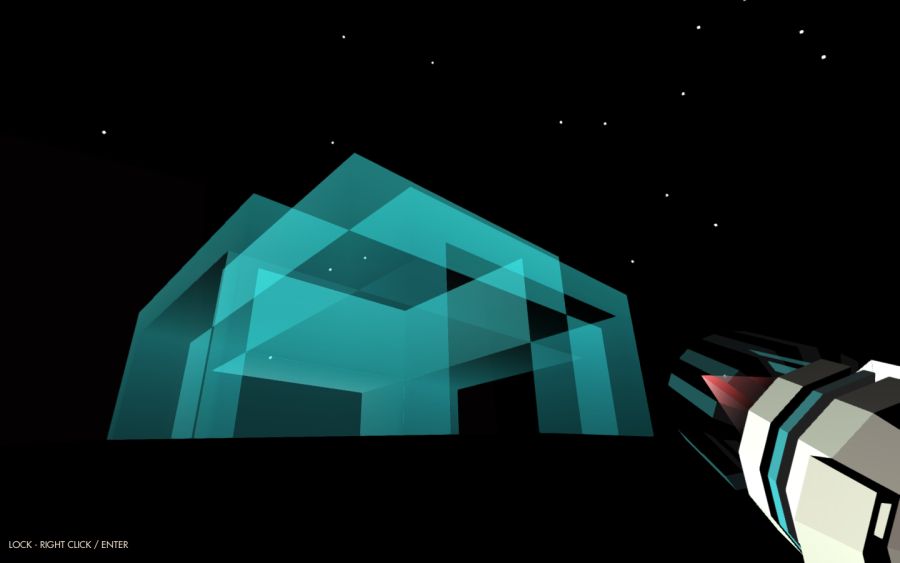 At the following year's Global Game Jam, the three collaborated on the creation of MirrorMoon. The theme required games to include some form of the Ouroboros, an ancient symbol of a snake eating its own tail in a never-ending circle. The symbol has come to represent ideas like infinity and the circle of life.

"We interpreted it as a challenge on perspective — from the outside the circle is clearly finite, but from the inside it appears infinite," Riva told Polygon. "We tried to translate this concept in gaming terms — what if the player could walk in a loop thinking it was infinite but also look at the representation of the loop and figure out the perception trick? This is the basis for the MirrorMoon concept."

"We wondered if these two different representations could exist in the same game space, not through meta information — like maps — but actually coexisting in the same 3D space," he added, noting this brainstorming resulted in the inclusion of two parallel moons.

The game begins on an empty planet. Or at least, it appears empty. Players are armed with what looks like a gun out of Portal. Using the WASD keys players can move in any direction they wish, and will eventually begin stumbling upon glowing neon-blue structures will walls you can pass through.

Some of these structures have items in them. You'll want to grab them, as they're attachments for your gun. Turning your eyes skyward will reveal the second moon of the game's "two-moons scenario," an equally dark planet, blocking out the light of a burning sun, with several glowing blue structures scattered about its surface.

Everything else beyond that is a spoiler, as the entire point of the game is to discover what works by first figuring out what works for you. Players will trudge along to the sounds of their feet crunching on the lonely planet's surface and ambient background music that is both haunting and lovely.

Creating game space for players' interactions with the moon was the easiest part, Riva said. But creating a system that would teach players how to play without providing direct instructions proved to be a challenge.

"The hardest was to make all of this come together — how to teach players to play the game and discover things without telling them anything explicit," he said.

Riva said Santa Ragione wants players to focus on the journey rather than the destination. Santa Ragione is currently developing a Steam version of MirrorMoon called MirrorMoon Extended Play, which will feature the original version developed for the IGF as well as new content expanding the game's universe. The game will be available for Windows, Mac and Linux, and the developer hopes to bring it to mobile and consoles "if we can find the right partnership." 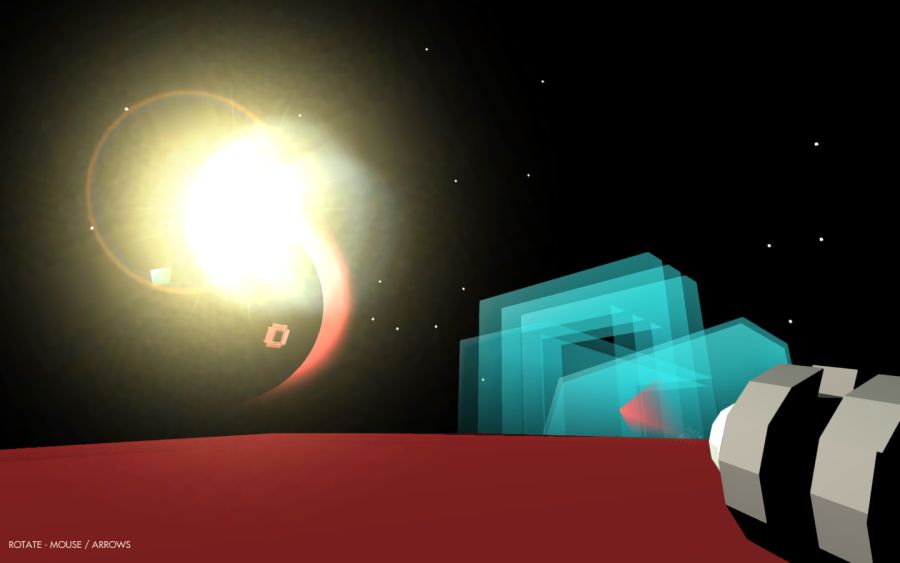 "We will make sure that every version of MirrorMoon has a reason to exist, meaning that we would redesign the experience tailored to the interface, while keeping the same atmosphere and game universe," Riva said.

Santa Ragione's philosophical approach to MirrorMoon stems from the team's observations of the evolving indie scene.

"There is all the influence of indie games on mainstream products, from homages to clones through the birth of new genres," Riva said. "It's an influence that is not only transforming products, but peoples' lives as well: now talented developers and designers, who are unhappy with the mainstream game they are working on, can leave their companies and start their own thing. I think this is going to change the way bigger studios look at their employees and their creative potential."

Check out the demo for MirrorMoon, available for both Windows PC and Mac, on Santa Ragione's official website.