When the developers at the Montreal-based Spearhead Games start talking about Tiny Brains, it's hard to get them to stop.

Led by the former design director of Assassin's Creed 3, Simon Darveau, the game designer on Assassin's Creed 2 and later Dead Space 3, Malik Boukhira, and the development director of Army of Two, Atul Mehra, Spearhead Games is a small team of developers with big ambitions. Among them they've worked on some of the game industry's biggest titles, but it's their upcoming release – their first game as an independent studio – that they can't stop talking about.

Tiny Brains is an action puzzler designed by Darveau, Boukhira, Mehra and their team of contractors. It's a world away from the grand scale of Assassin's Creed and Dead Space, and has a fraction of the team size, budget and resources that go into AAA game development. But just because it's smaller, doesn't mean it's lesser.

According to Boukhira, Tiny Brains is an opportunity for the development team to take what they've learned from the AAA space and "go back to the basics." 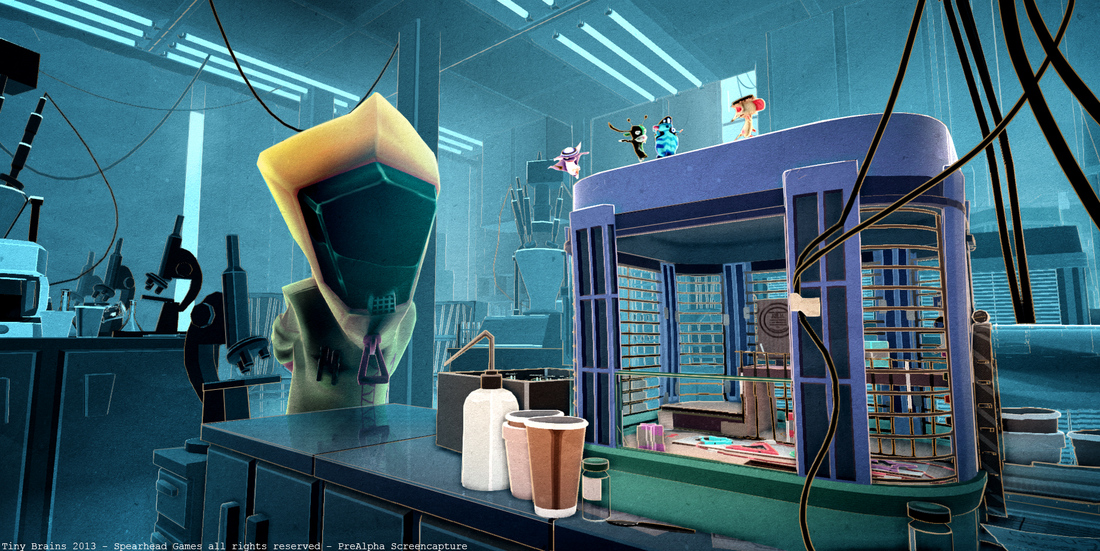 "We wanted to bring it back to a small team, to bring back the creativity and to rediscover what it's like to create games in a way that's not as huge or monumental as AAA game development has become," Boukhira tells Polygon.

The developers say the design process so far has been "organic and natural" and is unlike anything they've ever done at big studios. Rather than try to sell each other their ideas in meetings with slideshows and presentations, they mock up prototypes to prove their concepts. Instead of having teams that manage teams that manage more teams, everyone works together and the lines of communication are always open. If a developer has a question, they can simply turn around and ask the rest of the studio.

"We are far more agile and decisions are made super fast," says Mehra. "That's not how we used to work on AAA games, and that really was our objective [with Spearhead Games], to handle it organically."

The result of this process is Tiny Brains, a game that is only four months into development but is ready to be shown at PAX East next week. 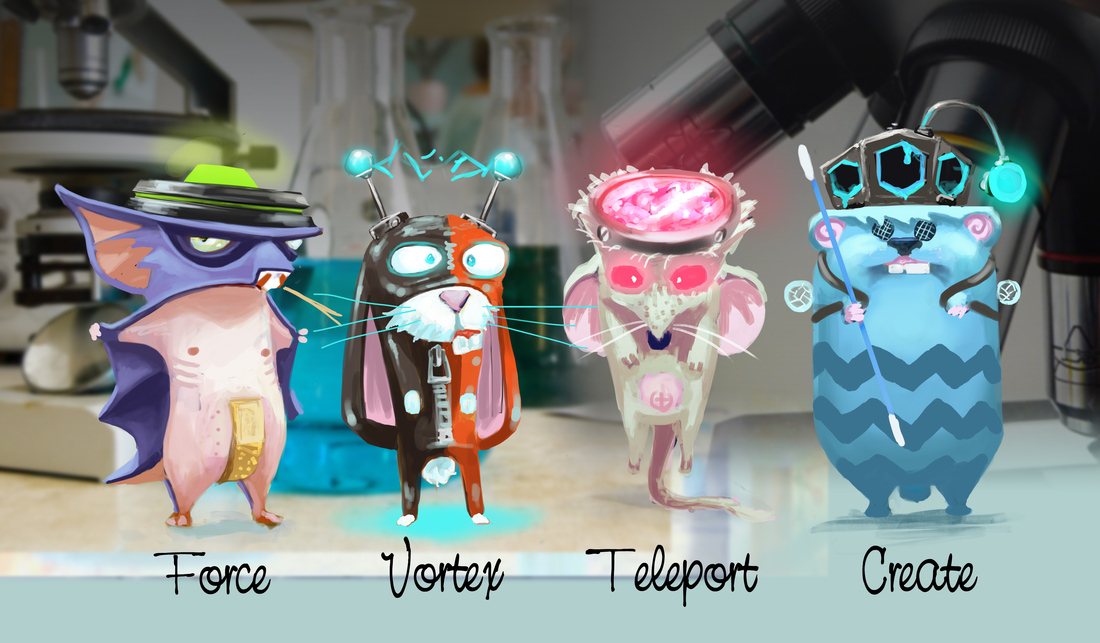 The 3D co-operative puzzle game lets players assume the role of one of four super-powered lab rodents that have to make their way through test courses. Each level is designed so that all four rodents have to use their super powers together in order to overcome the challenges. One rodent has the power of "force" – a Jedi-like ability that allows them to push objects with a blast of air. Another rodent has the ability to attract objects. The third can make objects materialize and the fourth can teleport.

The game focuses on making co-operative play meaningful by getting players to work together. Players have to work as a team and communicate in order to make the most of their rodent super powers and, in the spirit of taking things back to basics, players can discover the fun of playing with others.

"By the end of it they'll be laughing and talking, and we found it so amazing that the game was turning strangers into friends."

"By the end of it they'll be laughing and talking, and we found it so amazing that the game was turning strangers into friends."

Boukhira says the game is a social experience, and what they hope to see at PAX East next week is players – whether they be friends or strangers – having fun together, taking to each other and playing together to solve the game's puzzles.

Spearhead Games will be showing Tiny Brains at PAX East in booth 1178 next week. The game will be released later this year. Its platforms are yet to be announced.